The price tag for the project sits at about $441 million. The plan is to split the cost evenly between the Jaguars and the city. 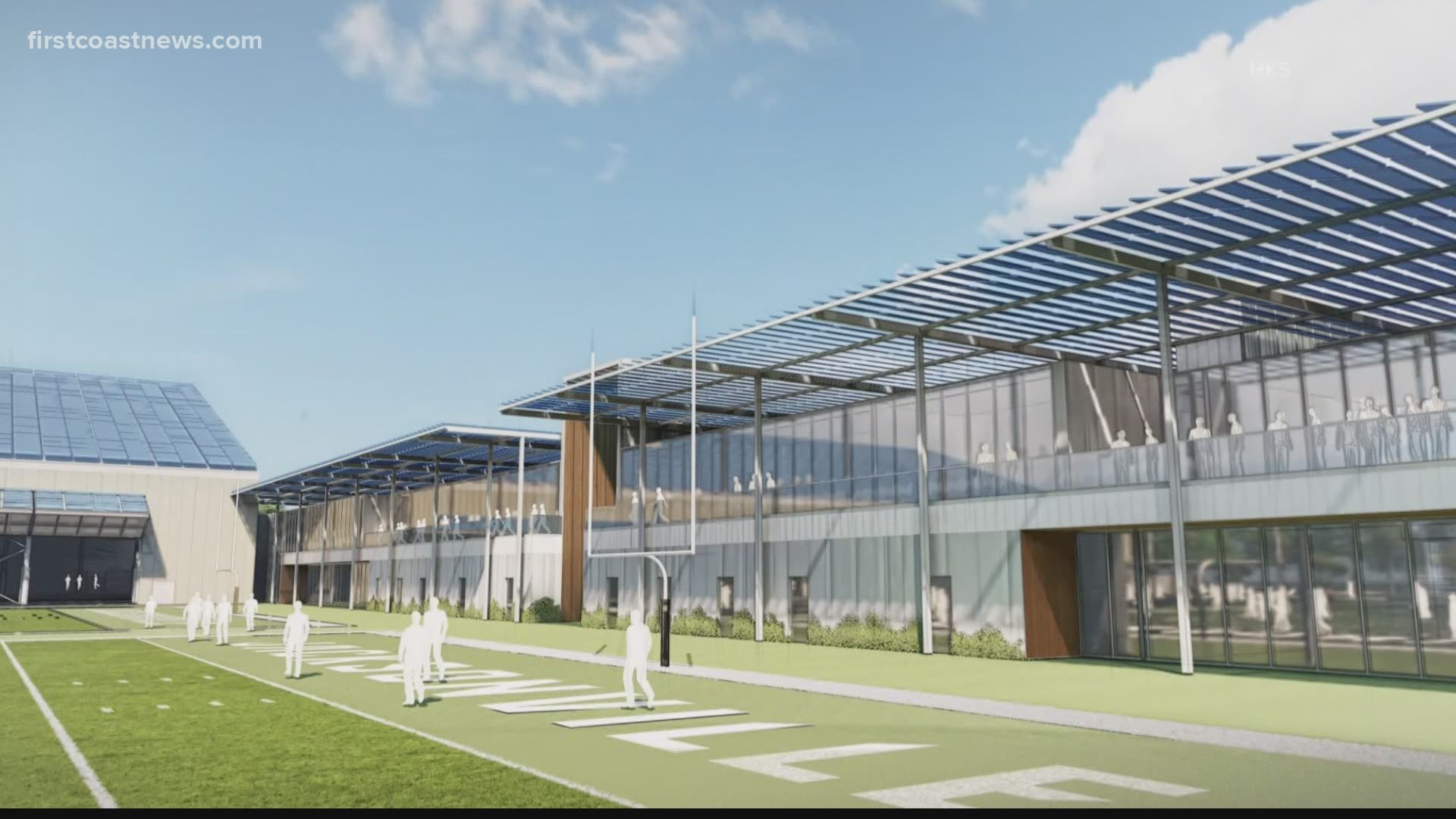 JACKSONVILLE, Fla. — The Jaguars' President, Mark Lamping, hosted the first of more than a dozen community meetings Tuesday evening about the team's plan to develop the Shipyards downtown.

Lamping and the Jaguars revealed a plan earlier this month that includes a Four Seasons Hotel, a new training and orthopedic complex and improvements to the city-owned marina to downtown. The price tag sits at about $441 million. The plan is to split the cost evenly between the Jaguars and the city.

RELATED: New football center, Four Seasons on the horizon for Downtown Jacksonville according to Jaguars

The @Jaguars are hosting the first of more than a dozen community meetings about their plan to develop the Shipyards downtown at 5:30. It’s at the Regency Square Branch Library and runs until 6:30 pm.

"If we're going to do something like a project development downtown, I think the citizens of Jacksonville want to have a chance to at least know what it is, what the expectations are, how it will connect together and to see what the community's going to benefit from," Jacksonville City Council Member Matt Carlucci said.

Carlucci said he has more confidence in this project than he had in Lot J because there's been more information shared with the public and city officials.

"With this, we know what we’re getting. We’ve seen drawings of what it will actually look like. Lot J, we were buying site unseen," Carlucci said. "We were not given any market studies. We were not getting the information where you could make an informed decision for the taxpayer."

"The way it’s being done transparently, crossing the ts and dotting the is and making sure everybody knows what’s coming this way, I believe it will have a positive return of investment then that’s a win-win," Carlucci said.

Lamping said earlier this month at the project's press conference he feels hopeful about this project as well.

"I feel so much better about this project because we are so much further along and I think we've answered all the questions," he said.

Jake Gordon, CEO of Downtown Vision, said the meetings provide the chance for community input that wasn't given during Lot J talks.

“As someone who is in downtown all the time, there’s always a lot of misinformation," he said. "It’s like that game telephone when you’re little. Even if people think they know, there’s all sorts of things they get wrong unintentionally, so it really is good to make sure you’re reaching out directly to the residents of the city, the taxpayers that are hopefully going to be supportive of this project," Gordon said.

According to Gordon, private-public partnerships are vital to a city.

"Having these partnerships is essential," Gordon said. You're having equity come to the table from the private developer. Then you're having the city supporting it, which it can support it in a lot of different ways including permitting, and all of these other ways, so it's an important conversation that we're having and hopefully people will come to these meetings."

Carlucci and Gordon said not only could this project be good for the community, but for the Jaguars as well.

“I think anything that helps that part of town and brings more people to that part of town will be helpful for the team, and I have to tell you, we have to keep the Jaguars," Carlucci said. "That is something that is a rallying point when people can come together from all statures of life and choose and pull for one team."

The Downtown Investment Authority will review the project before it gets to the city council, unlike with Lot J. A timeline hasn't been set yet.

Tuesday's meeting was at the Regency Square Branch Library. There are 13 other meetings as part of the 1st Downtown Jacksonville Community Huddle series throughout June across the First Coast. All of the meetings are 5:30 p.m. to 7 p.m.

Here is a list of the Jaguars town meetings on their development and plans for the stadium: pic.twitter.com/hpbKYoY8gQ