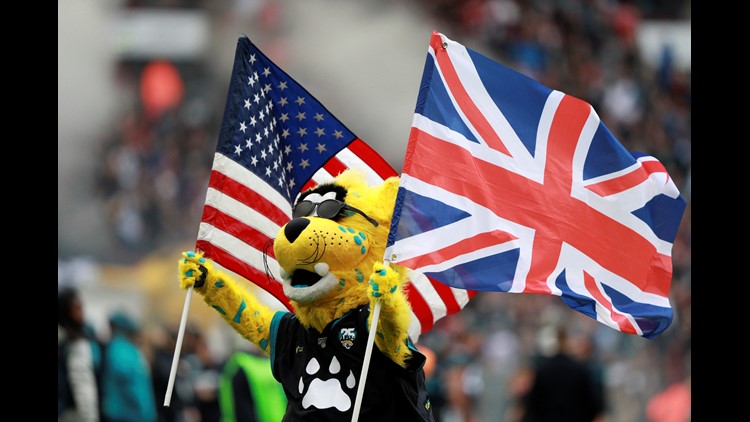 MIAMI — There is no secret that the Jacksonville Jaguars have extensive ties with London, England. Every year the Jaguars make the trip across the pond to play a game at Wembley Stadium. But would there ever be an opportunity for Jaguars Owner Shad Khan to move the team permanently?

Roger Goodell says they have to sort a lot of things out before this is a possibility.

"Can we do this competitively for the team that is based in London but also for the other 31 clubs? That involves scheduling, that involves a lot of other matters that you don't want to compromise. Until we can get comfortable with that I don't think we will necessarily be NFL ready in London"

Goodell also said he has been "extraordinarily pleased" with the reaction the league has gotten from games played in London.

However as of now it doesn't sound like there are any plans to permanently transplant a team in England.