The Florida Gators hosted their annual pro day within their indoor practice facility on Wednesday. 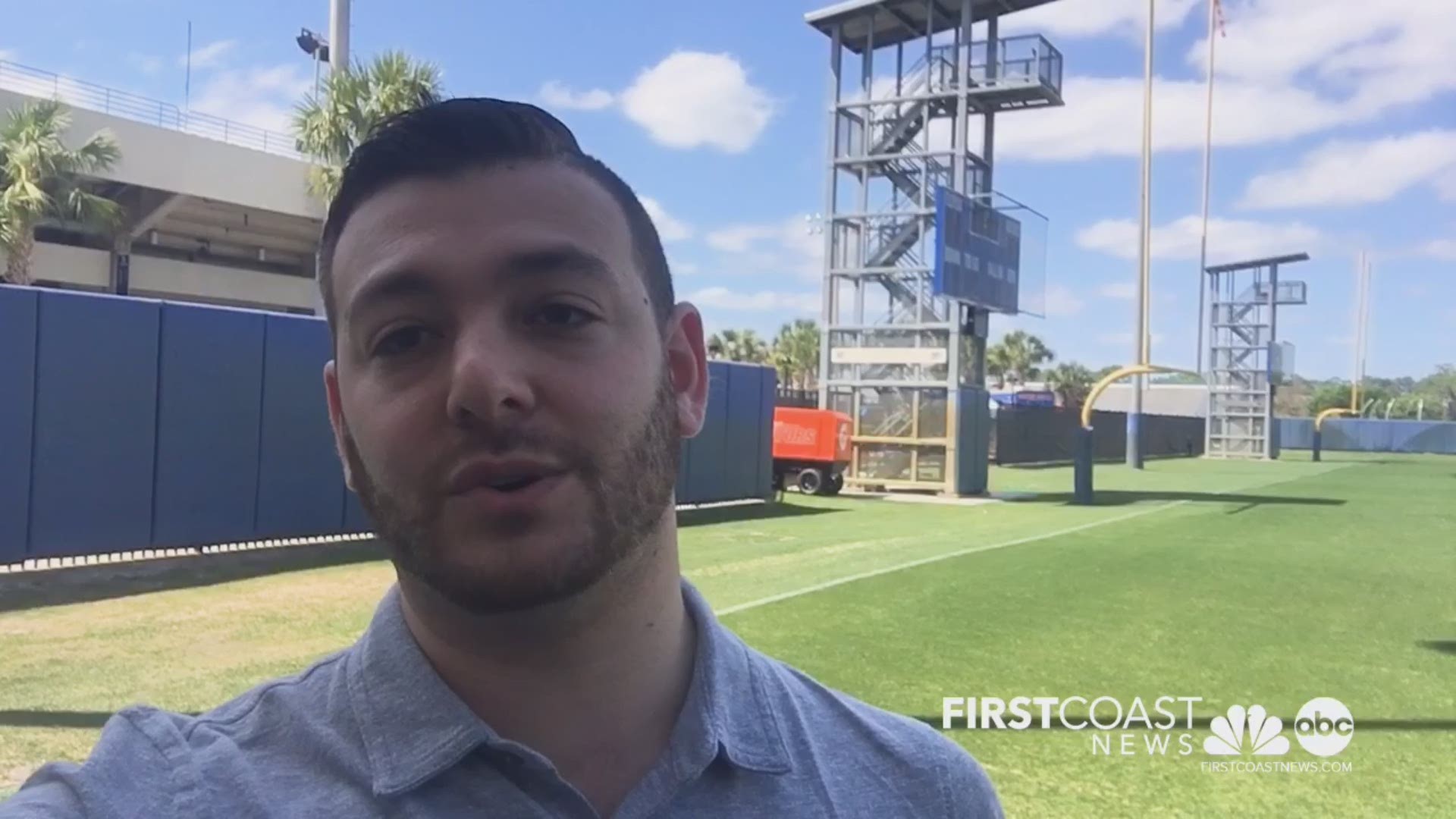 Wide receiver Antonio Callaway was probably the most polarizing prospect in attendance, as off-the-field issues have clouded his on-the-field value. Callaway was suspended for the entirety of last season due to legal issues but was still invited to perform at the pro day by new Gators head coach Dan Mullen.

"I appreciate [Mullen] for that," Callaway said after his workout. "Cause he didn't have to let me come here and do [the] pro day."

The speedy wide receiver - who ran a 40-yard dash in 4.41 seconds at the NFL Combine - had an up-and-down day.

He made a handful of impressive catches during a scripted series of passing drills with quarterbacks Malik Zaire and Austin Appleby. He also had a pair of drops on very catchable passes with one of the blunders coming during red zone work.

Callaway also dropped a pair of punts during special teams drills. Those gaffes followed an awkward moment when Callaway was speaking to reporters and was summoned by a Broncos scout to return to the field for work with the specialists.

It was that kind of day for Callaway, who mixed some impressive moments with some head-scratching sequences. He said after the workout that he had a few private visits scheduled but failed to mention the teams that he would meet with in the near future.

On a mission to prove himself as a person, Callaway said he looks forward to the intimacy of private visits. He wants to show teams that he deserves a second chance.

Gators defensive tackle Taven Bryan is considered the jewel of this year's Florida draft class. Several draft pundits project him to go in the late-first round in April.

While some have criticized Bryan's lack of college production, the prospect believes his talent on tape is evident.

"The tape is really what matters, honestly," Bryan said. "I feel like I have very exceptional tape, especially for a 4-3 defense."

The Cowboys, Eagles and Bengals - much like the Jaguars - employ 4-3 defensive fronts. Bryan is a fit for the three-technique position in those defenses.

- Jacksonville native and Trinity Christian Academy alum, defensive back Nick Washington, performed in front of scouts in Gainesville. Washington missed half of his final season with the Gators due to a shoulder injury.

Washington underwent shoulder surgery performed by Dr. James Andrews in October and he has been cleared for contact. One scout timed Washington at 4.48 seconds in the 40-yard dash, while another recorded him at 4.49 seconds.

- Gators punter Johnny Townsend seemingly had a strong afternoon. His extended hang-time was evident and his directional accuracy was on point. While some scouts had to move out of the way of his punts, it was largely their mistake for lining up on the wrong side of the boundaries.

- Former Baltimore Ravens defensive back Matt Elam participated in the Gators' pro day. Elam spent last season out of the league. He is looking for a second chance after failing during his first stint in the NFL.

Elam said the year off helped him get back to full health.

- Cornerback Duke Dawson looked very comfortable during defensive back drills. He is expected to be a Day 2 pick.

- The next stop on the First Coast News Pro Day Tour is at the University of Central Florida on Thursday.