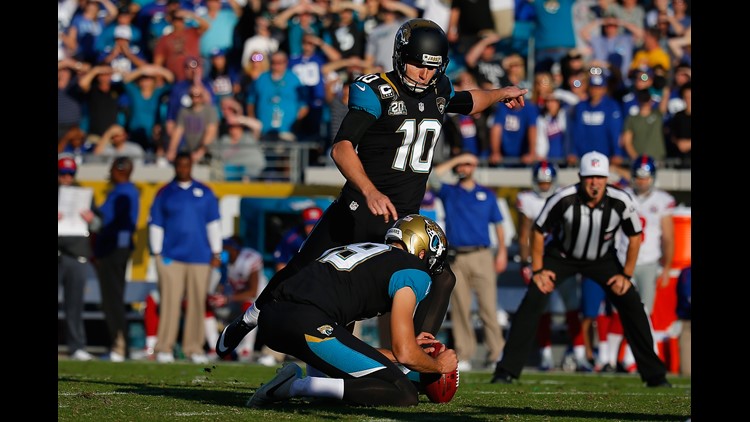 Former Jaguars kicker Josh Scobee took to Twitter on Friday and asked his followers if they’d be interested in a running account of his visit to the doctor’s office.

Sit back, relax and be prepared for a pretty hilarious ride. 🤣

The people have spoken, giving their resounding support to the live updates.

And with that, Scobee was summoned off the bench and into the game.

Scobee got clearance from the nurse for his Twitter escapade...

Scobee made 235 field goals in his 11 years with the Jags. Here’s to hoping the doctor is similarly cool under pressure.

Turns out the doc is a football fan.

With the focus of a professional athlete, Scobee was keeping his eyes on the prize.

Scobee made 80 percent of his kicks as a pro, but he needs the doctor to have 100 percent accuracy. He hears the words he fears most.

Every football player needs a good cheerleader. As we near the end zone, Scobee gets some moral support from former Jaguars mascot Curtis Dvorak.

Finally, he hits paydirt. Time to hit the showers.

Click here to read the full story from our partners at the Florida Times-Union.