Exploring the Trevor to Travis connection 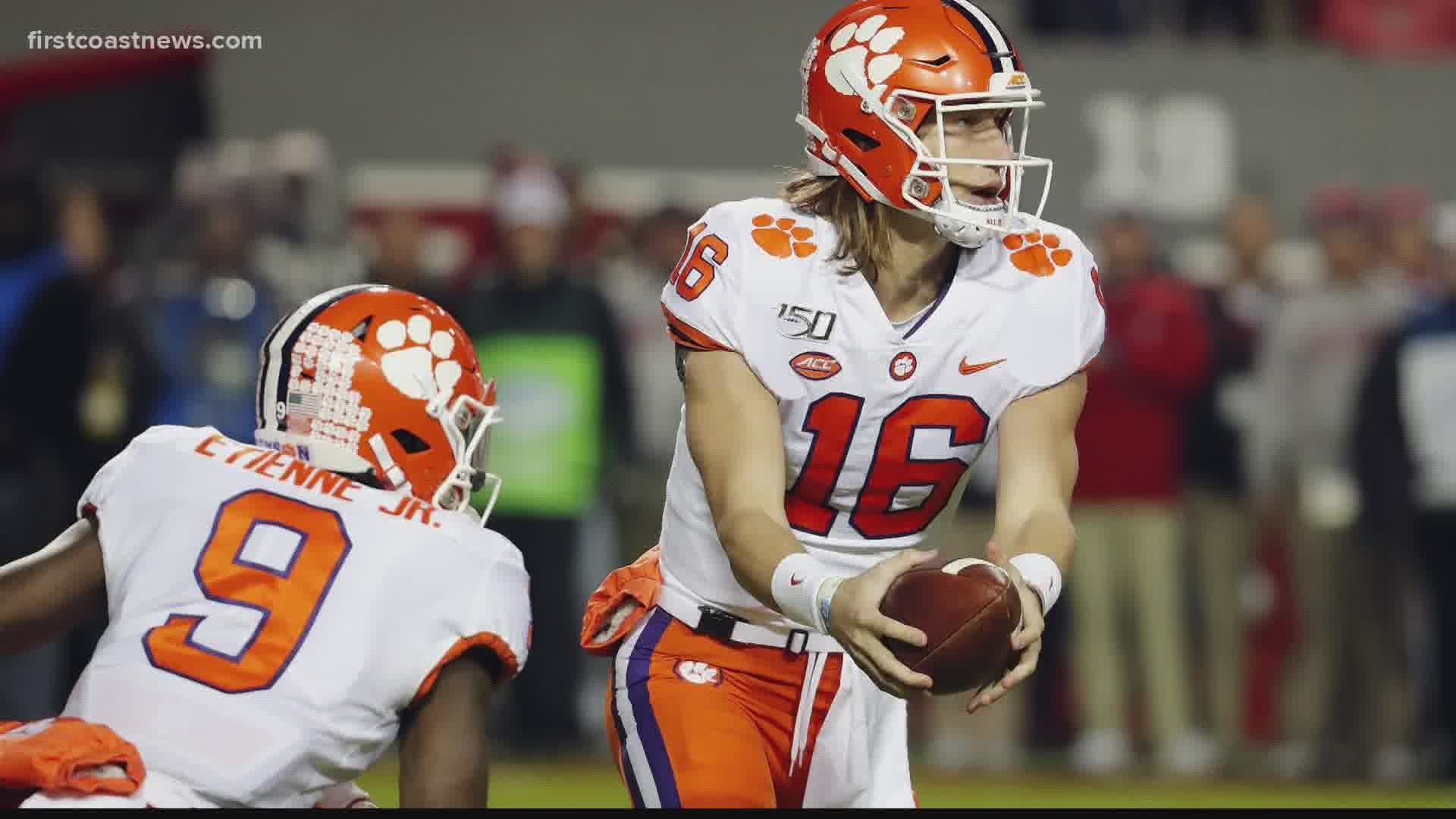 Trevor Lawrence had no idea the Jaguars were going to select his former teammate at No. 25 overall -- let alone select a running back.

"We knew we were picking at No. 25, so we started watching around No. 20," Lawrence explained during his introductory press conference Friday. "I had no idea who we were going to take and then I got a text right before it went on TV, ‘We’re picking Travis.’ So, I was like, ‘I didn’t even know we were taking a running back.’ It was awesome. So, like I said it just makes it special. I’ve got someone to come with me from Clemson and it's just awesome.”

And Etienne was equally as excited to team back-up with Lawrence:

"You'd be crazy not to play with Trevor Lawrence," he said with a smile during his portion of Friday's introductory press conference.

After receiving a second-round grade last year, Etienne came back his senior year to earn a diploma and become a first-round pick. He's now done both.

One reporter who's been there every step of the last four years, chronicling Etienne's career is The Athletic's Clemson beat writer Grace Raynor. She spoke with Mia O'Brien about the connection between Lawrence and Etienne, and dives further into Etienne's decision to come back for his senior year.