Heading into his second preseason, Dede Westbrook is no longer lost in his playbook. He's healthy, confident and - most importantly - well-informed. 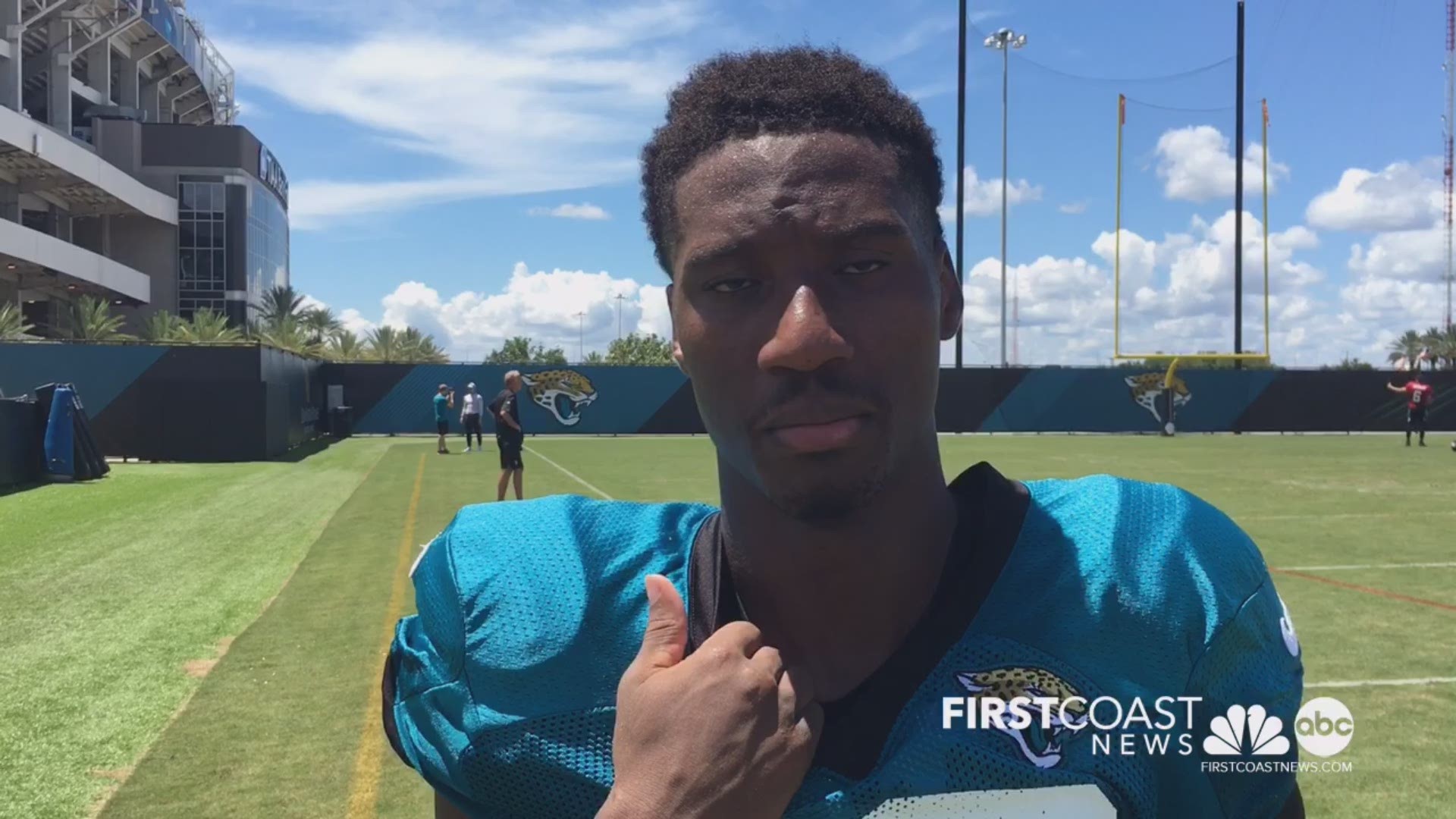 JACKSONVILLE, Fla. -- A year ago, Dede Westbrook's head was spinning. The former Heisman Trophy contender was trying to learn his first professional playbook while also competing for a roster spot after being overlooked during the NFL draft.

Shortly after taking part in his first two preseason games, Westbrook was hindered by a core muscle injury that would eventually require surgery, costing him the first nine games of his rookie season. While he weathered the injury during the Jaguars' preseason finale against the Atlanta Falcons and produced an eye-opening six catches for 115 receiving yards and a touchdown, Westbrook was still trying to acclimate himself to an offense that differed mightily from his college system.

Heading into his second preseason, Westbrook, 24, is no longer lost in his playbook. He's healthy, confident and - most importantly - well-informed. The second-year wide receiver has been putting his newfound knowledge of the playbook to good use during training camp, making impressive plays on a daily basis in practice.

"It's totally different," Westbrook said, comparing his first two training camps. "Of course, everything is better when you're healthy. Actually being in there, repping out the plays, learning play by play is a lot easier. I feel more comfortable in the offense this year."

Westbrook has gained a reputation for making tough catches during his second training camp. There isn't a day that goes by without Westbrook making a diving or falling catch.

"I just pretty much want to go out there and make plays," Westbrook said to First Coast News on Tuesday. "If the ball is anywhere and I can locate it and see it, I'm going to put forth my best effort to, of course, make that play not only for myself but for my teammates. If I make that catch and put us in a positive position, of course, we can get a touchdown or field goal, whichever one helps."

In seven regular-season games as a rookie, Westbrook produced 27 catches for 339 receiving yards and a touchdown. With a better understanding of the playbook and a clean bill of health, Westbrook should be able to greatly improve his numbers during his second season.

“I think in the beginning he was kind of … He just didn’t really know what was going on," offensive coordinator Nathaniel Hackett said Monday. "It was a brand new system and the system he came from in college was uniquely different from what we do. I think it was kind of just almost trying to survive. Now, he gets to play. Now, he knows exactly what he’s doing, and he knows, ‘OK, I have to win these routes.’ I think that you’re just watching him able to play football more and that’s fun about him.”

Due to his rookie learning curve, Westbrook's role was stunted last season. He wasn't used at multiple positions, so his playing time and overall opportunities were limited. Now that he has shown growth this offseason, Westbrook believes he will be able to deliver vastly enhanced results.

"At this time last year, I was only drawing what one position player would run and now I'm accountable for all three [wide receiver spots]," Westbrook said. "I take that [expanded role] as progressing."

Another sign of Westbrook's progress has been his leadership ability. Last year, he was mentored by fellow Oklahoma alumni and former Jaguars cornerback Aaron Colvin. With a year of experience under his belt, Westbrook is now serving as a mentor to one of this year's most impressive rookies: wide receiver DJ Chark.

"That's my guy," Westbrook said, referring to Chark. "I like talking to him about Louisiana - The Boot - and we've pretty much got similar backgrounds but not really [and] he's funny as hell. That's the best part."

While Chark and Westbrook frequently exchange laughs, their relationship goes far beyond their shared sense of humor. Westbrook's on-field performance during training camp has served as a strong example for the rookie.

"He's a very hard worker, makes a lot of tough plays and one thing I notice about him is he makes a lot of contested catches, which is something I try to work on," Chark said Tuesday. "I just try to take something small from everybody and that's one of the biggest things I've noticed from him."

Chark has been carrying his mentor's helmet into the locker room after practice. It's the least the rookie can do as Westbrook sets an example for him. Chark has taken the "paying dues" approach in stride because he believes in Westbrook's outlook toward the game.

"Dede is a guy that approaches the game differently than other people," Chark said. "He's very serious but he also finds ways to have fun with it. I think that's one of the biggest things I've learned from him. It's our job but you've got to make it fun and if you don't enjoy coming to work, then it's not going to be as enjoyable and that's what I got from him."

Westbrook's relationship with Chark has a comfortable place inside the Jaguars' wide receivers room. The group is tight-knit and talented. The competition at the wide receiver position is at an all-time high, yet Westbrook and his notable teammates like Chark, Keelan Cole, Marqise Lee and Donte Moncrief still have each others' backs.

"We've pretty much built a band of brothers," Westbrook said. "We've got a saying in our room 'it's us against the world' and with that pretty much goes brotherhood. We're all aboard the ship. If I'm getting more catches than anybody else, they're going to uplift me and ride me all the way. If [someone else] is getting more reps, we're going to jump on that wagon and uplift those guys. That's just the way it is."

Along with the competition at wide receiver, Westbrook is among the players trying to lock up a key role as a punt or kick returner. Last year's fourth-round pick is competing with the likes of Lee, Rashad Greene, Shane Wynn, Jaydon Mickens and Corey Grant for both jobs.

Westbrook is eager for the added special teams responsibilities because he wants the ball in his hands more often this year.

"I always wanted to be a quarterback because the quarterback has the ball in his hands at all times and can affect the game," Westbrook said. "I feel like punt returner [or] kick returner is me being the quarterback. When they kick that ball off, it's on me, everybody is looking at me to make a play or make something happen, and so for me, I use that as me playing quarterback."