K'Lavon Chaisson: making the most of his "shot"

The Jaguars 2020 draftee once gave up football in favor of basketball. Five years later, he's a first-round NFL draft pick 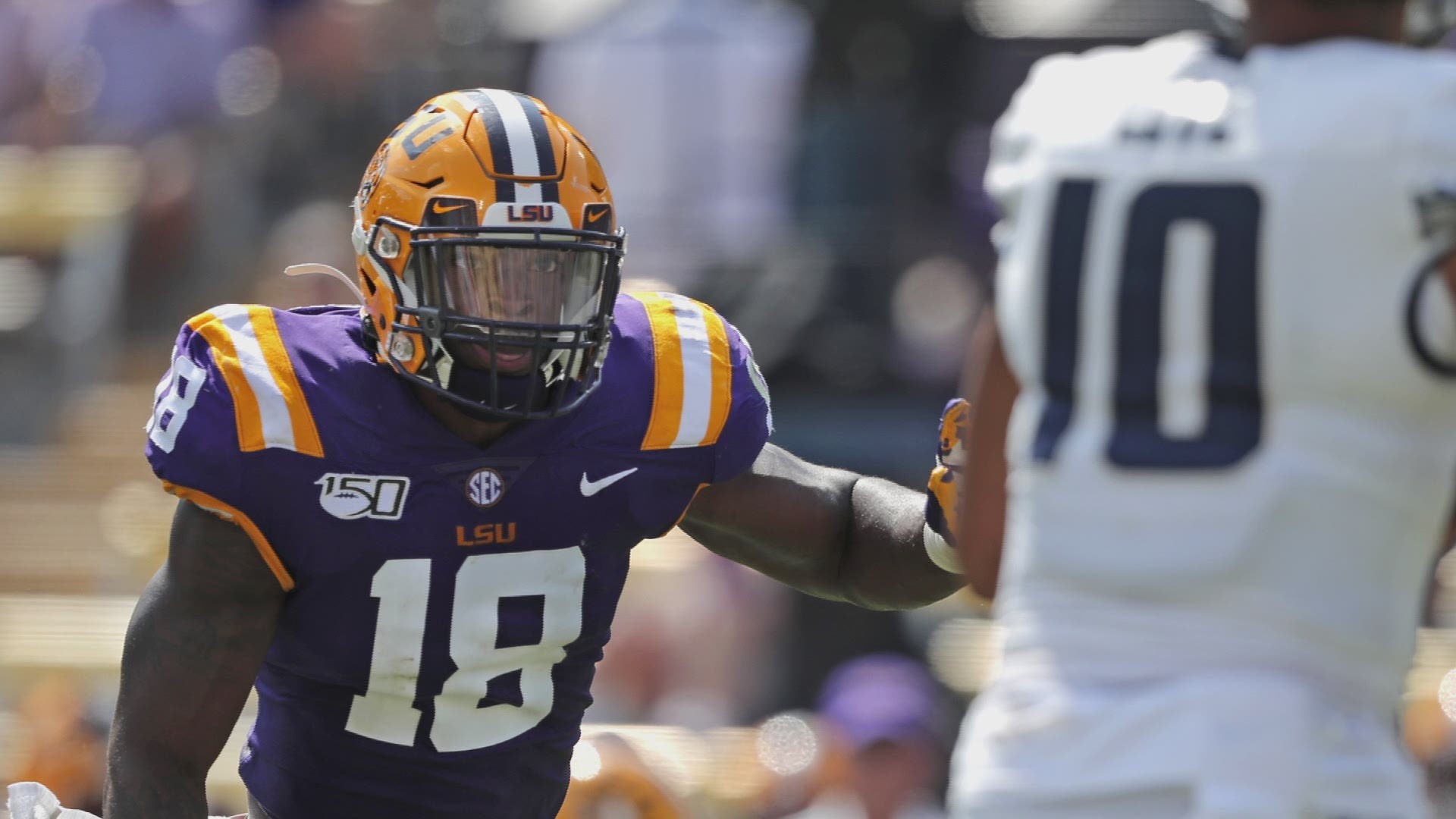 First came an offer from LSU, on-the-spot, while participating at one of their camps. Baylor and Texas followed, as did UCLA, Colorado, and the University of Houston.

All before Chaisson had ever played a single snap of varsity football.

Once he did make the varsity at North Shore Senior High School, Chaisson left no doubt he deserved those offers. In his high school career, he racked up 94 tackles, 24 sacks, six forced fumbles, seven fumble recoveries, two interceptions, and 56 quarterback hurries. He capped it all off with a State Championship in 2015 over Austin Westlake and current Texas Longhorns quarterback, Sam Ehlinger. Chaisson sealed the win by forcing a fumble on fourth-and-goal in overtime.

Mustangs' head coach Jon Kay smiled most, though, when asked about his former stand-out's sophomore year.

"He actually didn't play his sophomore year. He focused straight basketball," Kay explained. "We got him back out for spring football heading into his junior year -- and then he really blossomed."

Yes, those eye-popping stats? They all came in a two year span.

The offer from LSU? Chaisson had gone to that camp not to get recruited, but to get back into the swing of football.

"He doesn’t wanna hear it: he wasn’t a very good basketball player," Kay grinned. "He was just a tall kid that was strong, had long arms, and was aggressive.”

Kay and his staff certainly welcomed Chaisson back with open arms that spring -- Chaisson had played sparingly his freshman year -- but they were not the driving force behind his return to the field.

"That sophomore year that he missed, we had two kids play for us -- Emeke Egbule (now with the Los Angeles Chargers) and Dorance Armstrong (now with the Dallas Cowboys). They were two guys that played defensive end for us -- and also played basketball," Kay explained.

"Dorance ended up going to Kansas [to play football] and Emeke to Houston. I think that made a huge impact on [Chaisson] as far as understanding you can play multiple sports. I think that's what probably motivated him to give it another shot."

And in the end, Chaisson found success in both. North Shore Senior claimed a football and a basketball state championship during his high school career. The grind of Texas high school football would also prove beneficial to Chaisson's college and professional careers, his former coach believes.

"The week of our State Championship game [in 2015] was the week before Christmas. We play 16 weeks down here in Texas -- it's a long season. And so for a kid who wasn't used to going through that grind, he was a little banged up going into that week. He didn't take a single snap that week in full pads.

"It was amazing when I looked back on it. Without actually having to prepare, be in physical contact, standing behind the offense day-in and day-out -- he went and played lights out."

Kay believes Chaisson took that same approach to preparation during his true sophomore year at LSU. Chaisson tore his ACL in the season opener against Miami and would be forced to red-shirt. Yet he bounced back to not only record 60 tackles and become a first-round draft selection: Chaisson was chosen to wear the coveted, Number 18 jersey. "Jersey 18" is given to the player that has success on and off the field while also having a selfless attitude.

"He absolutely immersed himself in the playbook [while he was injured] and why they were doing stuff," Kay continued. "I think he went from a player who memorizes what he's supposed to do to truly understanding what he's supposed to do. His ability to prepare without having to go through the physical things [will help in the NFL].

"Not having to bang heads constantly to get ready [is huge]. He understands how to do that. He proved it in high school. He proved it at LSU. That's gonna make him a great pro."

A question leading into this year's NFL Draft: Chaisson's experience. When you factor in his injury-plagued second season at LSU, Chaisson has really only played four seasons of football.

Kay believes that, too, will prove to be a blessing in disguise.

"When you talk about 'busts' in the NFL, it's because those kids peaked out before they were picked. His best football is in front of him -- there's no doubt in my mind. You're talking about a guy who's still in his infancy stages as far as football is concerned... he's got a lot of tread left on his tires."