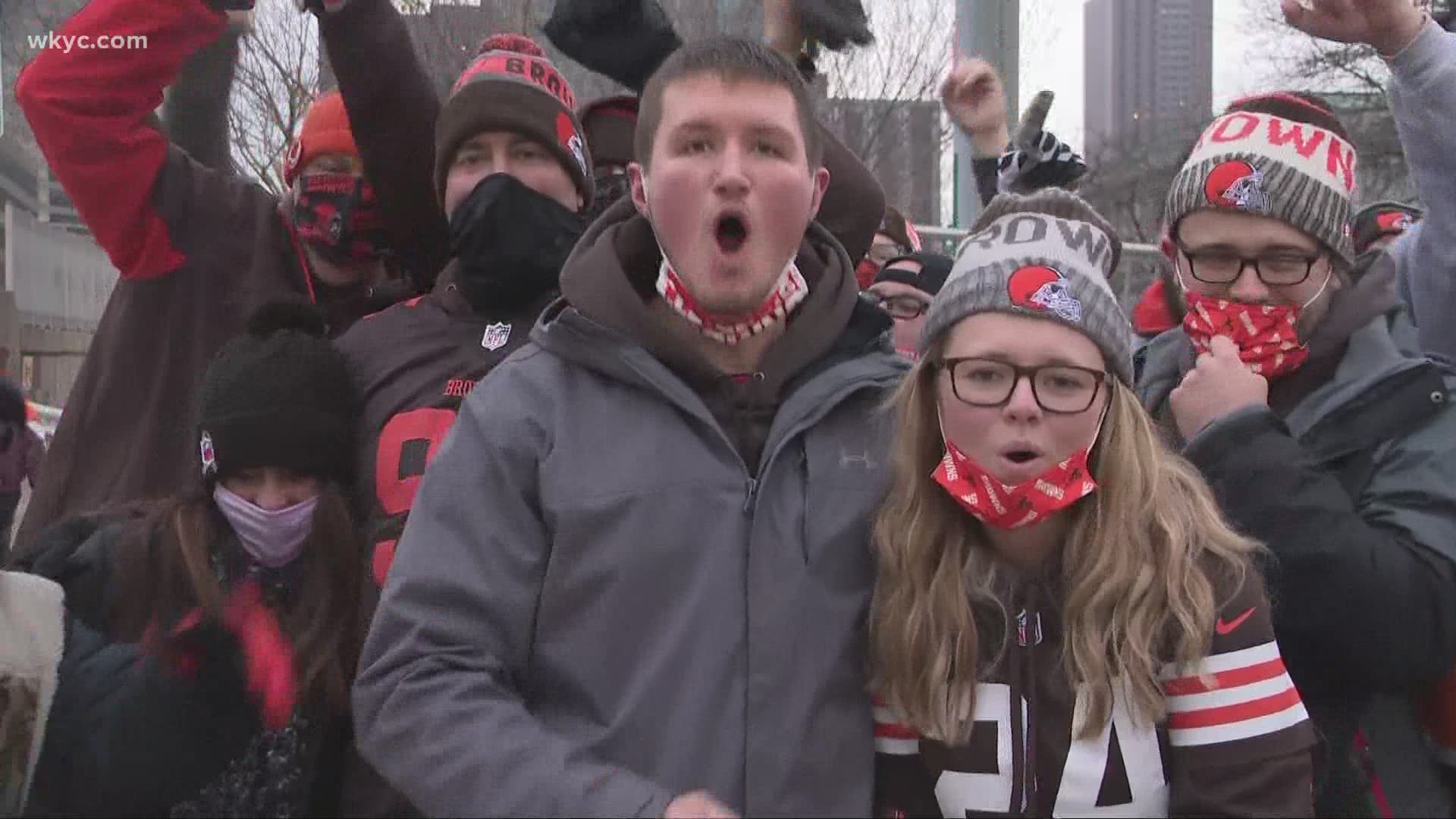 CLEVELAND — Even in the era of COVID-19, expect a (socially distant) party on the shores of Lake Erie tonight.

It's certainly been earned, what with the Browns earning a trip to the playoffs by beating the archrival Steelers. It got dicey at the end despite Pittsburgh resting a good amount of their starters, but Cleveland was able to hang on and snap an 18-year postseason drought (the longest active streak in the NFL).

The mood among fans is, shall we say, exuberant. That's understandable, as they are finally rooting for a bona fide contender just three years after a dreadful 0-16 season.

The most famous Browns fan in the world got his thoughts in quickly, with LeBron James congratulating the team on their accomplishment. However, the Akron native cautioned them to not "be satisfied."

From his place in California, Rhodes High grad Drew Carey summed up how we all feel about seeing a winner: "Man this feels good."

Congratulations to all the HS seniors in Cleveland who’ve never seen the @Browns in a playoff game! 😜
Finally got the cast off so we can scratch that itch!
Man this feels good. ❤️🙏

UFC Heavyweight legend Stipe Miocic also offered his congrats, saying he was "so happy" for his hometown team.

Let’s go @Browns! Congrats so happy for you guys!!!!

On the WWE side of wresting, Lakewood native Johnny Gargano got in on the fun as well.

Arsenio Hall was also overjoyed, and even lauded the Browns for throwing it back to the '80s with a "#cardiacstyle" victory.

Speaking of "cardiac," 3News' own Mike Polk Jr. compared watching the close game to watching heart surgery. Fortunately, the procedure was successful, and the Browns celebrated by putting a positive spin on Polk's infamous "Factory of Sadness" rant from 2011.

My vibe while watching this game is indistinguishable from that of a spectator watching a coronary procedure in a surgical theater. #Browns pic.twitter.com/acc80BlU6z

The Factory of Happiness. pic.twitter.com/a5jhEjJvxH

Not far off David, but I'd wager there's a fair share of long time sufferers who are giving me a run for my money right now. Happy for you too brother.

Some sports figures got in on the action, too: Cavaliers forward Larry Nance Jr. grew up on the Akron-Canton area, as did Portland Trail Blazers guard CJ McCollum.

Browns legend Joe Thomas was also hyped, as his former team finally punched the playoff ticket he unfortunately never got.

WE AINT DONE YET!! https://t.co/oCuLoazR6E

The great Bernie Kosar was also thrilled, and he celebrated by giving a shoutout to his fellow University of Miami alum David Njoku.

Tim Couch was the starting quarterback the last time the Browns made the playoffs in 2002 (although he didn't play in the postseason after breaking his leg). The former No. 1 overall pick was more than happy to see the streak snapped.

Love to see the @Browns back in the playoffs! Been a long drought since 2002. Go Browns! pic.twitter.com/39pdyYrGY0

And some noted that during that last playoff appearance, Ohio State also won the national championship. Coincidentally, the Buckeyes will face Alabama next Monday in the College Football Playoff final.

Last time the Browns went to the playoffs... pic.twitter.com/alkfyRLLms

Of course, several Browns players reacted to. Donovan Peoples-Jones was being treated for a concussion when the game ended, but had a humorous and appropriate take.

They asked if I knew where I was at... I said the PLAYOFFFSSSS🤣🤣🔥

Innn there !!!! Go to work dawgsss

Check out some more great reactions from our 3News viewers:

It is THE BEST FEELING!! #GoBrowns

So good Jay, so good! Happy for all but especially the kids who’ve never seen this but kept supporting our team because that’s what we do. I was at the Browns Jets 1987 game. Still the best Browns game I was ever at. #browns #nfl #WildcardWeekend