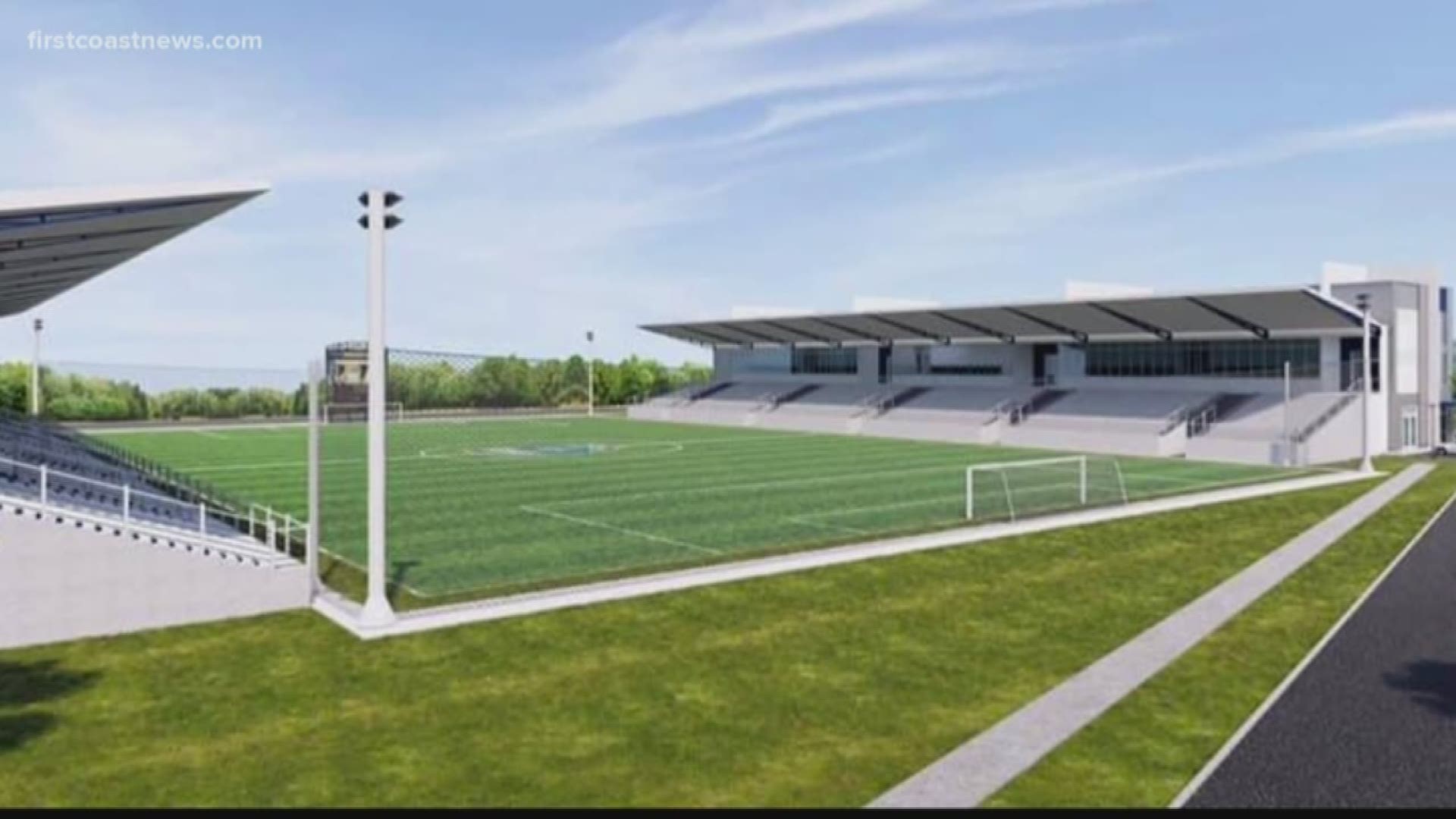 JACKSONVILLE, Fla — Another hurdle was cleared Tuesday night for a new soccer-specific stadium near Downtown Jacksonville. Fans of the Jacksonville Armada are hoping this permanent home will reinvigorate their base.

Jacksonville City Council members voted 18-0 in favor of an option agreement that would sell a parcel of around five acres to RP Sports Investments for the development of a new stadium.

The land, which is located along A. Philip Randolph Boulevard just north of the Arlington Expressway, was sold to RP Sports for $1. Armada owner Robert Palmer will pay a $5,000 option agreement for the property.

"It's gonna be amazing, especially being downtown. I mean this site is perfect," said Sebastian Cardona, the president of Armada fan club Section 904. "We can build an atmosphere and a culture around having that home."

The Armada has called several facilities home since the team played its first match in 2015, including Hodges Stadium at UNF and the Baseball Grounds of Jacksonville.

"Two years you're downtown, one year you're at UNF, the other year you're at Patton Park," Cardona said. "It's kind of hard to cultivate and grow the culture of the club when you're always moving around."

Outside of the team's rotating home turf, the Armada has struggled since the folding of their league, the North American Soccer League (NASL). Cardona said regular attendance has dropped greatly since the first match.

Under the new purchase agreement with the city, the Armada stadium is expected to be nearly completed by mid-2025. RP Sports will have to take action on the option by the end of January 2023 for the option to be extended.

On Your Side spoke with sports event manager Alan Verlander about the economic impact the stadium could have on the city.

"Sports is a big business, people say that it's a cliche," Verlander said."But its because at the same time you bring more and more of these sporting events to town, it brings more and more people here."

Verlander said he expects the stadium will draw events that need a large capacity for fans, but not necessarily as large as TIAA Bank Field. He added that it should invigorate business in the area.

"A lot of that infrastructure is already in place, but what it does is those businesses that are in those areas near the stadium, they're now close to a facility where the fans are," he said.