One day after the FBI announced they were investigating fraud and corruption in college basketball programs across the US, the interim president of UofL announced Athletic Director Jurich and Coach Rick Pitino were placed on administrative leave. 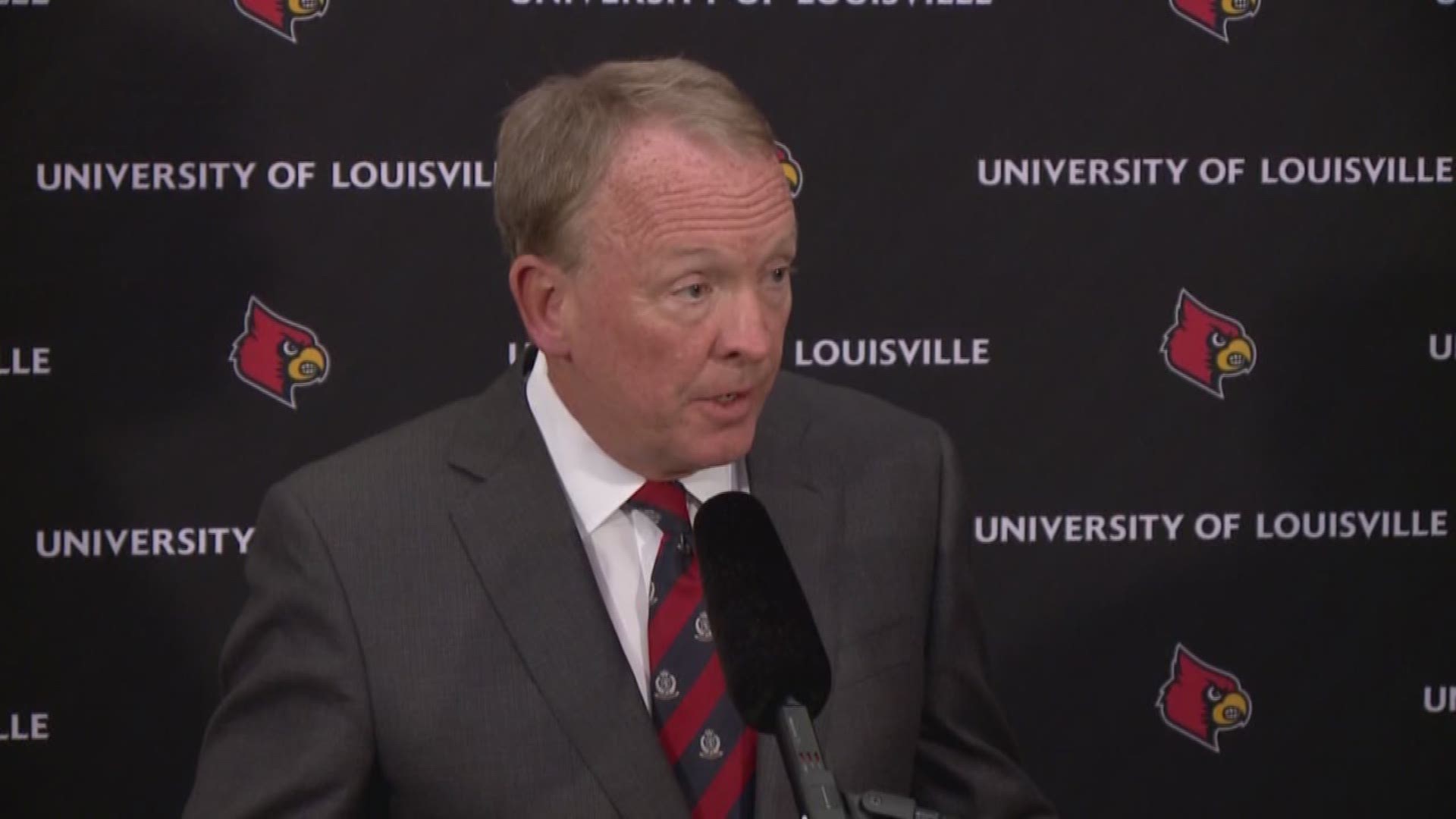 LOUISVILLE, Ky. (WHAS11) -- University of Louisville's interim president announced Athletic Director Tom Jurich and Coach Rick Pitino were placed on administrative leave on Wednesday, Sept. 27. This comes one day after the FBI announced it was investigating a fraud and corruption scheme involving college basketball programs across the country. UofL is one of the universities involved in the ongoing investigation.

Interim President Greg Postel said the university is cooperating fully with law enforcement and the NCAA.

"We're making a tremendous amount of progress and when something like this happens it makes me angry," Postel said. 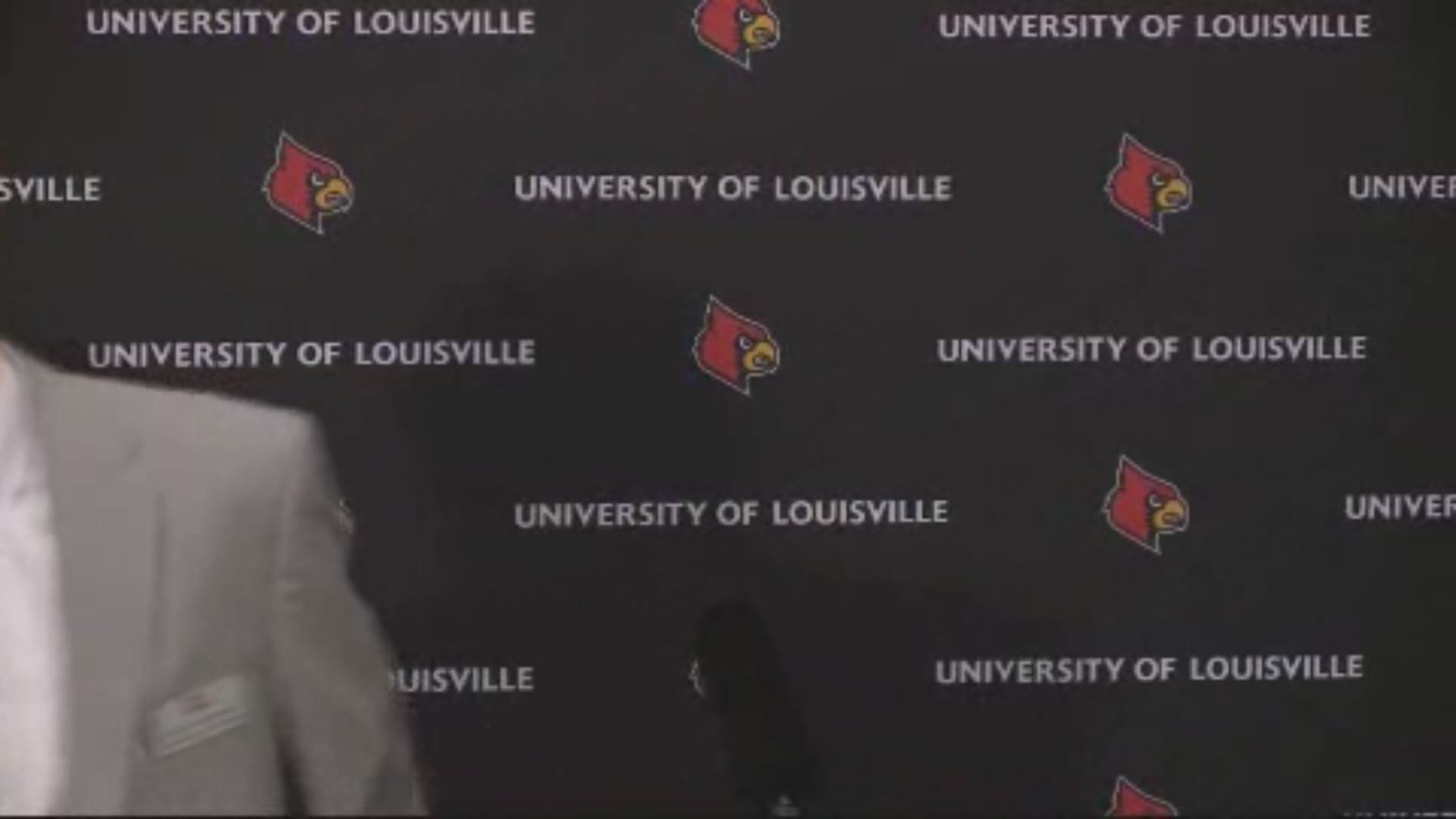 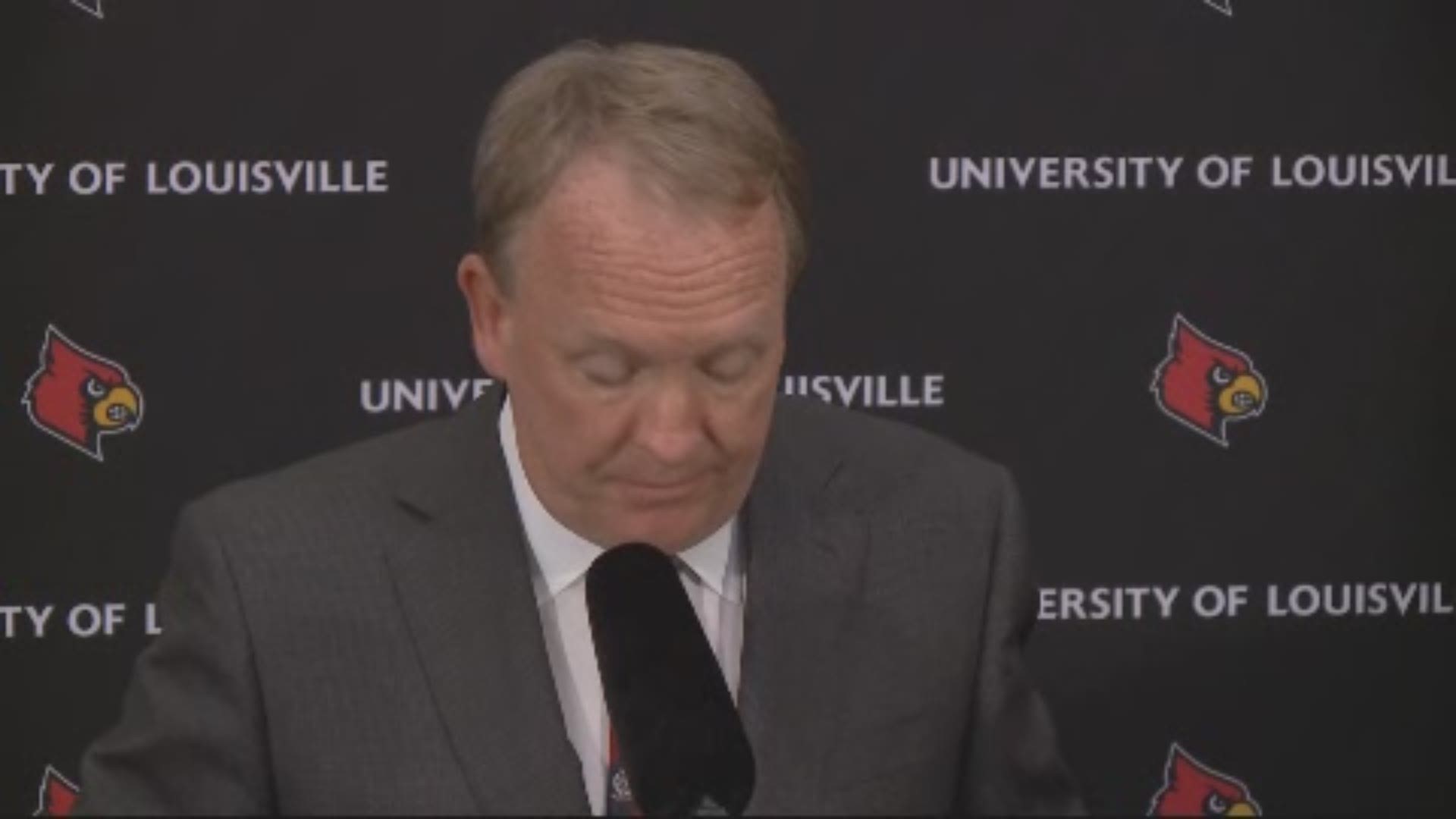 "For the last 20 years, I have dedicated my life to the University of Louisville. Disappointment does not even come close to describing my feelings surrounding the allegation that any member of the UofL basketball staff could be involved in the criminal conduct announced yesterday. My intent has always been to run every athletic program at the University in an honest and compliant manner. It is heartbreaking to me that the alleged intentional and secret criminal acts can bring such harm to our school. I love this University, the Louisville community and all of our fans. I plan to continue to help UofL overcome the challenges it faces and work cooperatively with the University with the support of the UofL Board of Trustees following their meeting on October 19th."

Pitino’s statement:Watch: Pitino's long career with UofLRead More: 'Coach Pitino has, in effect, been fired,' legal team says in vow of legal fightWatch: UofL interim president holds meetings with Jurich, PitinoPitino had addressed the FBI probe before he was placed on unpaid administrative leave and said, the “allegations are a complete shock to me."WHAT'S THE DEATH PENALTY?The death penalty is when the NCAA removes an athletic program’s right to compete.The NCAA has not used it to punish a Division One athletics program since 1987 against Southern Methodist University's football program over 30 years ago. The first program to be handed the death penalty was the University of Kentucky’s basketball program for the 1952-1953 season.Even with Tom Jurich and Rick Pitino now on leave, some Cardinals fans say that may not be enough. Talk of suspending UofL's basketball program started almost immediately.The NCAA could give the basketball program the death penalty, essentially shutting them down for a year or more. Sports radio host Nick Coffey says any decision would likely take some time."It's not unique for there to be scandals in college athletics. What makes this situation much different is that the FBI did not operate under the NCAA rules. They did this all on their own," Coffey said.Read More: Could UofL basketball receive death penalty from NCAA?COMMUNITY REACTIONIt seems to be one scandal too many for the University of Louisville, and the taint of those scandals have former players and fans growing weary.Jerry Eaves who played on the 1980 championship team before moving onto the NBA, and later a coaching job at Simmons College, says this day has been a long time coming. After surviving the Karen Sypher scandal, and a separate sex scandal involving self-proclaimed madam Katina Powell, Eaves says UofL finally found an opponent they couldn't hide from in the FBI.Read More: Eaves: Louisville right to move on from Pitino, JurichWatch: Fans react to UofL's involvement in FBI probeMayor Greg Fischer responded to the changes at UofL:

"I believe in the University of Louisville. We all need to support its students, faculty, and staff who work hard every day. I have confidence that the Board of Trustees will take the necessary actions to lead the city’s flagship university to a bright future."

FUTURE OF KFC YUM! CENTERMany are wondering what this news means for the KFC Yum Center, the home of the Cardinals. UofL is the arena's main tenant and as we know, that arena is far from being paid off.Scott Cox, Chairman of the Louisville Arena Authority says, "What is transpiring at the University and at the united states attorney's office in the southern district of New York, does affect the arena so it's something we are paying close attention to."Metro Councilwoman Barbara Sexton Smith, represents District 4 which includes the Yum Center and tells WHAS 11, "I believe these businesses will find a way to keep these doors open and I know that the community and the region will can come out and support those businesses whether there is something going on at the KFC Yum Center or not, that is where the real opportunity is going to come."Read More: Arena authority: Yum! Center 'will be okay' amidst men's basketball investigation