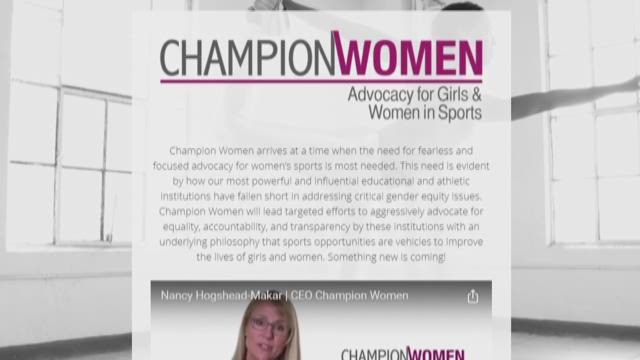 The new policy was approved by the NCAA on Thursday and comes after campus sexual assaults made headlines at universities, such as Baylor and Stanford.

“Too many schools thought that they could handle, the athletic department could handle complaints about sexual assault within the athletic department and that’s just not true,” said Nancy Hogshead-Makar who runs Champion Women, an advocate group for girls and women in sports based in Jacksonville. “It is really positive that schools have to report to the NCAA that they have done training."

She said the NCAA policy change on sexual assaults is a step in the right direction, but does not go far enough. She believes the schools desire to win allows star-athletes to get away with sexual assault in some cases.

According to the 2016 U.S. Bureau of Justice Statistics, one-in-five women were sexually assaulted in college. 12.5 percent of the women who said they were raped reported the assault to colleges or law enforcement.

She said the sexual assault training isn’t limited to just cases of rape.

“There are portions in the training they have to do that deals with domestic violence, dating violence and stalking violence," she said.

She believes only a policy on the national level can effectively tackle the sexual assault problem.

“Only the NCAA can alter that economic message of you just got to win," she said.