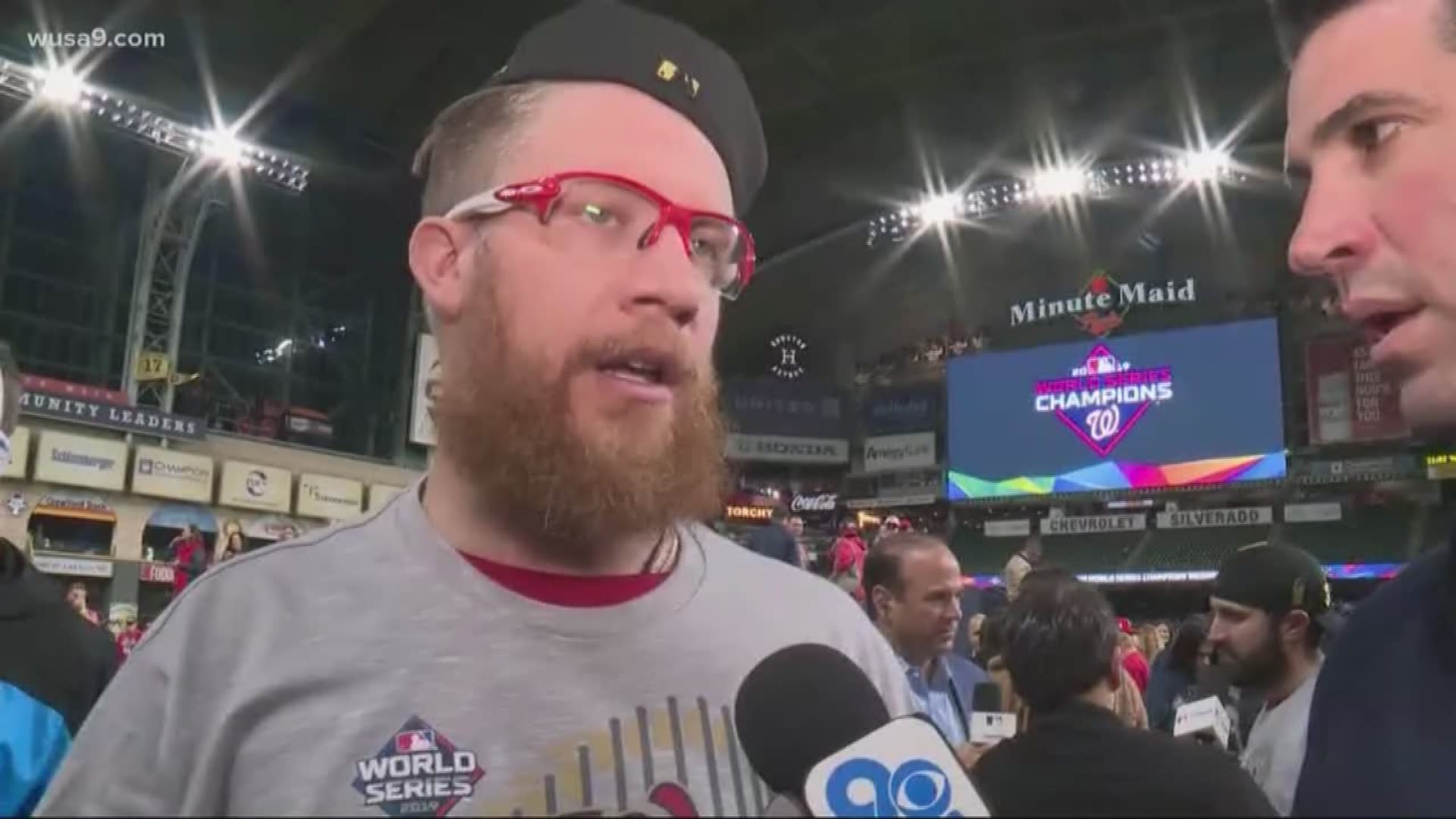 WASHINGTON — The White House has announced that the 2019 World Series-winning Washington Nationals will visit the White House on Monday. At least one member of the championship team didn't attend.

The Washington Post reported that the Nats closer Sean Doolittle wasn't going to attend the celebration at the White House. Though Doolittle has never criticized Trump by name publicly, he and his wife Eireann Dolan are politically active. Doolittle was nominated for the Roberto Clemente Award in 2016, which honors MLB players for their sportsmanship and community involvement.

Doolittle supports a number of organizations aiding veterans, as well as supporting the LGBTQ community and refugees. In 2015, when the Oakland Athletics' Pride Night was criticized by some fans, Doolittle and Dolan bought 850 game tickets and donated them to local LGBTQ groups. Later that November, the couple also hosted a Thanksgiving dinner in Chicago for 17 Syrian refugee families.

Doolittle was also one of several athletes who denounced Trump's 2016 comments about groping women without consent.

Press Secretary for the Human Rights Campaign, Charlotte Clymer, tweeted that Doolittle's decision was "not one bit surprising."

Doolittle's announcement is the latest incident in a series of politicized baseball, after Trump's decision to attend World Series Game 5 at Nats Park was met with mixed reactions.

RELATED: President Trump tweets his congratulations to the Nationals

RELATED: Here are the expected parking and traffic restrictions for the Nats World Series parade

RELATED: Source: Nationals owners requested they not have to respond to request to sit with President Trump at Game 5