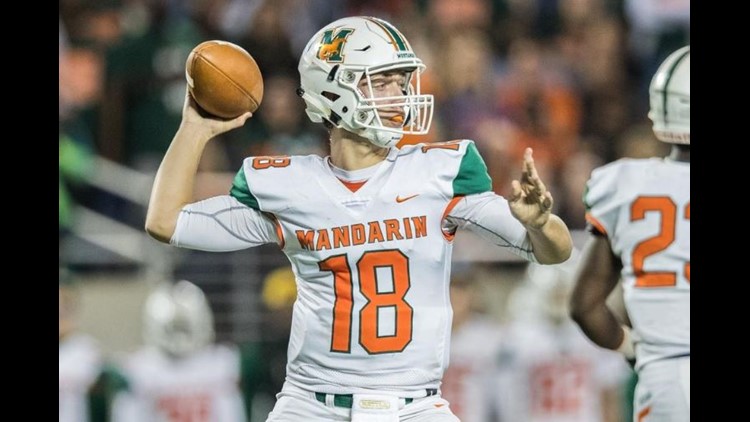 Photo by: James Gilbert
Mandarin Quarterback Carson Beck throws a pass in the second half of the Class 8A championship game against Miami Columbus.

The four-star recruit de-committed from Alabama in February, where he was expected to play football and baseball. At the time of his de-commitment, Beck said Florida, Miami and Georgia Tech were among the schools he was looking at.

But everything changed when he visited Athens this weekend.

“I just saw something in him, I’d never seen that type of conviction in him,” Beck’s father Chris told Steve Wiltfong of 247Sports. “That compete decisiveness that this is my home and this is the future. I get to be part of something incredibly special and have an impact on it and help this team win National Championships.”

The 2020 quarterback led the Mustangs to their first football State title in school history this fall. He previously played at Providence before transferring to Mandarin. He is the third-rated "pro-style passer" in the Class of 2020, and the No. 67 overall prospect, according to 247Sports.