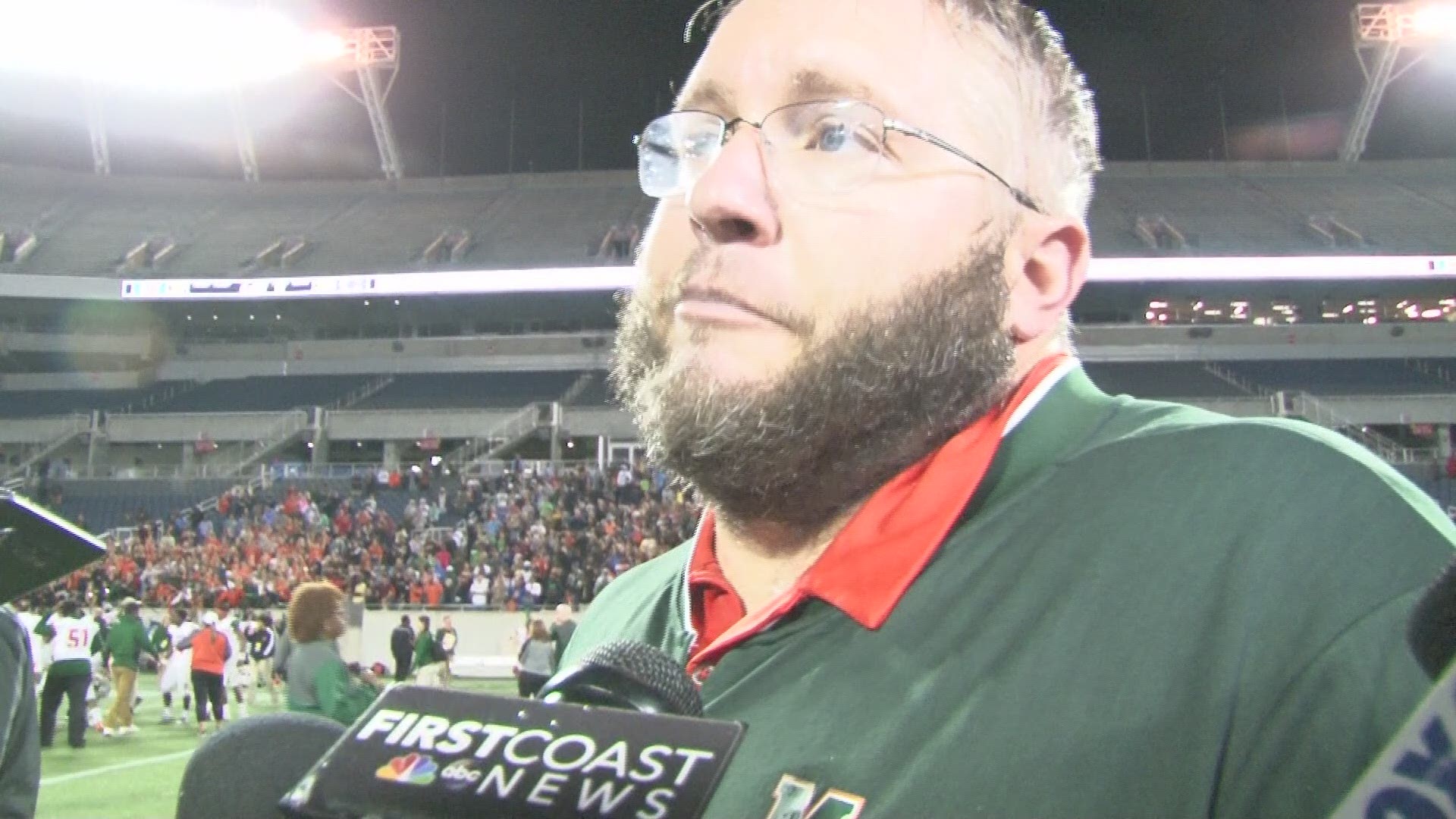 ORLANDO, Florida — It took a historic performance from its offense and a last-second stand from its defense.

But the dream season has been fulfilled.

Alabama commit Carson Beck was near-flawless most of the way. The junior quarterback threw for five touchdowns, four of those to senior DeMario Douglas. Douglas is the first player in State Championship game history to catch four touchdown passes.

Beck also entered the history books, eclipsing 1,335 yards for the State Tournament to move him to No. 1 all-time in a single tournament. The previous mark was 1,325 by Davin Shuck of Columbia in 2015.

Columbus scored 13 unanswered in the second half to pull within two, but a failed two-point conversion held off the comeback. The Mustangs then recovered an on-side kick and sealed the win with a Beck, two-yard QB keep for a first down.

Mandarin's win comes on the heels of Raines High School's victory in the Class 4A Championship Thursday. This is the first time Duval County has two, public school champions in the same season.