The Jaguars are playing for record eighth time in England, while this is the fifth trip for the Miami Dolphins. 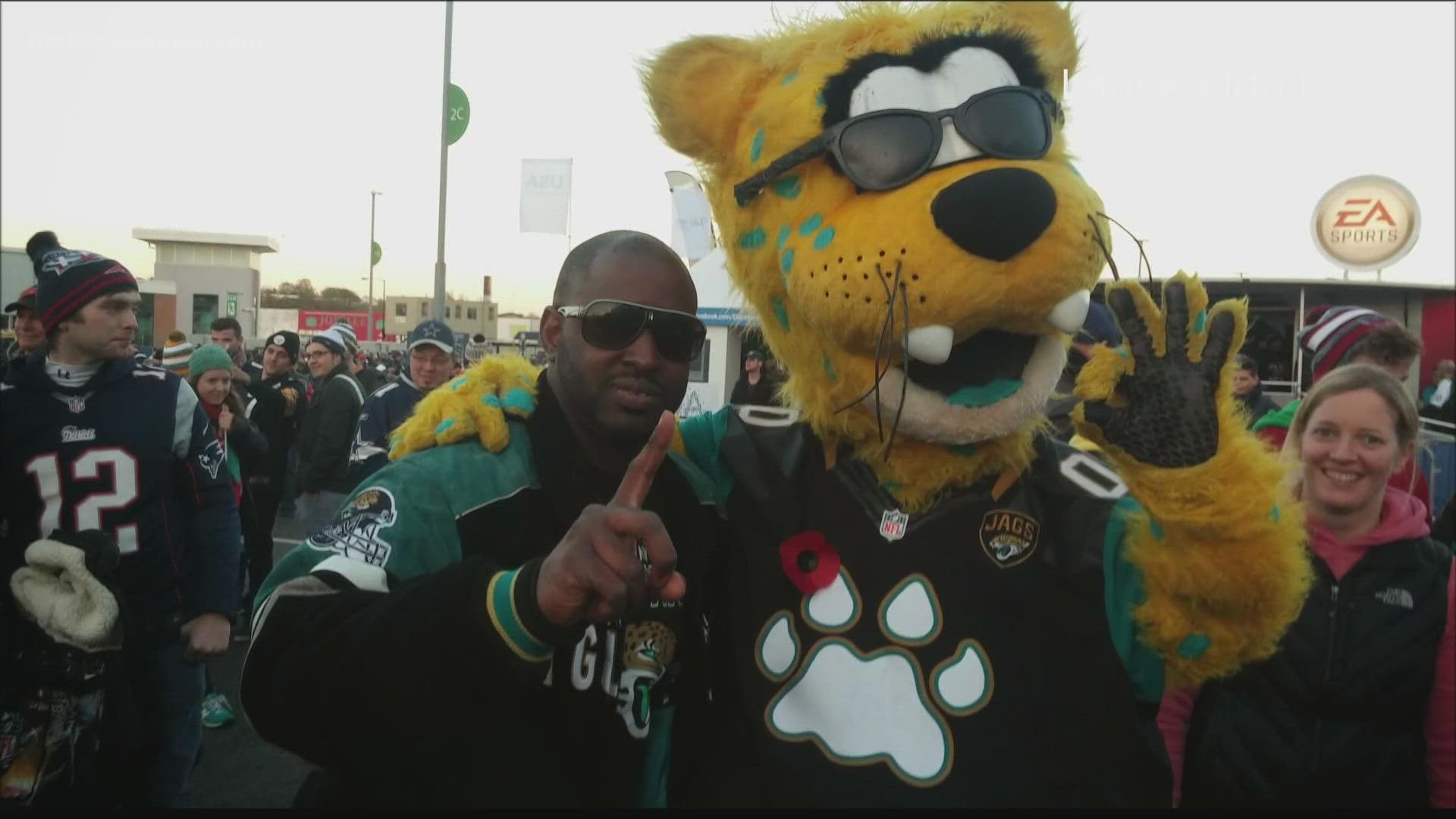 JACKSONVILLE, Fla. — He's been a Jacksonville Jaguars mega fan since the team's inception, is a season ticket holder, and goes to about four to five road games a year. Lance Eldell can't wait to see the Jags play in London again this year, although this time, it'll be on his TV.

The Jacksonville Jaguars were supposed to play in London in 2020, but that didn't happen due to COVID-19. Now the Jags and their fans are hoping for a desperately needed win overseas.

"You've always got to say, 'Duuuuuuuval' once you get over there as well," Lance Eldell said.

Eldell knows all about cheering for the Jags in London.

"I've been there four times at this point," Eldell said. "I saw the Eagles, 49ers, Houston, and Buffalo. When you go over there to Wembley Stadium, it has the feel of a soccer stadium with a football game being played inside of it."

Eldell typically sightsees in Europe for about a week, and the teal excitement begins on Saturday, one day before the big game.

"They have something on Saturday night before the game," Eldell said. "It's usually at a local pub where all the Jaguar fans can come in and meet up, chit chat and talk about our team, get hyped for the game tomorrow."

The fun continues on game day with lots of events.

"All day before 6 o'clock, it's just like a concert, parties, people meeting. Jaxson de Ville's out there doing his thing as he does. Sometimes you have players coming around talking to you and the fans. It's a really exciting time for the fans. Even if you don't go to the game, you can still have fun," Eldell said.

Eldell recommends other Jags fans have a London experience.

"I would definitely say if you do have the opportunity, definitely make the trip over to London. It's a different experience," Eldell said. "It's also different to see a whole different fan base have the same love and passion for our Jags here in Duval."

The Jaguars are playing for record eighth time in England, while this is the fifth trip for the Miami Dolphins.

Jacksonville @Jaguars super fan Lance Eldell has been to four Jags games in London.
"It's a really exciting time for the fans. Even if you don't go to the game, you can still have fun," he said.
Lance shares the fan experience tonight at 5:30 on @FCNsports @FCN2go @ChrisPorterFCN pic.twitter.com/13su9PIDvw