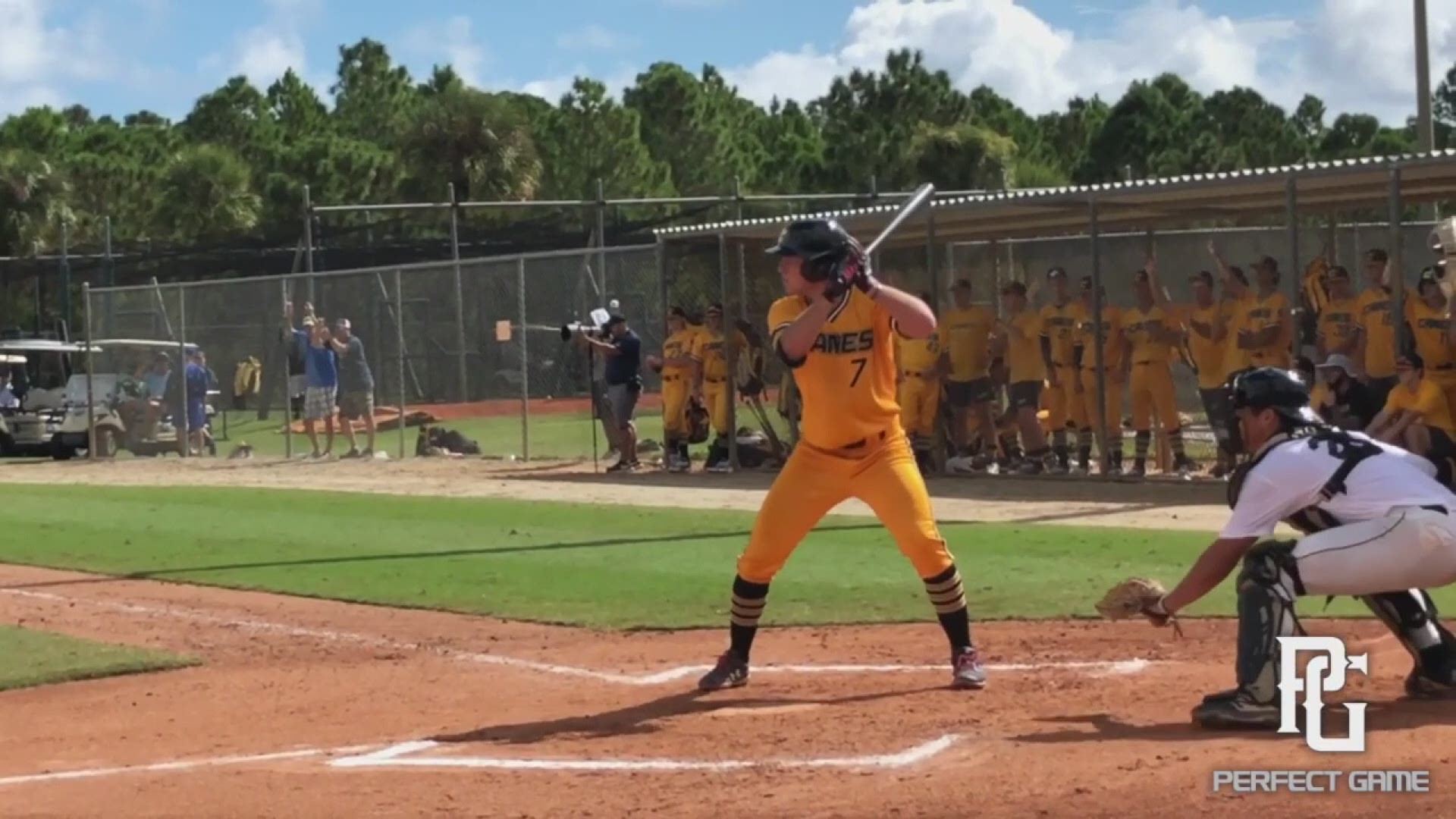 For Bishop Kenny's Colby Halter, the plan for his baseball future was already agreed upon. He and his parents had their "MLB Draft number" in mind before Major League Baseball announced plans to shorten the 2020 MLB Draft: if Halter was drafted after the fifth-round, he'd forego the Majors and stick with his commitment to play at the University of Florida.

"If I was gonna go after the fifth round anyways, I probably wouldn’t have signed [with an MLB team]. I’d probably be at Florida," the senior shortstop said.

But many of Halter's contemporaries have seen their plans go awry since the league's decision late Friday night to cut this year's Draft to just five rounds total.

“My buddy Kyle Teel, he lives in New York. He actually withdrew his name from the Draft and he’s just gonna go to Virginia," Halter explained. The two both play for the Canes Baseball program. "It’s definitely unorthodox but I think [the Draft's changes are] changing some people’s ideas of what they want to do.”

Credit: Colby Halter
Colby Halter of Bishop Kenny played for the Team USA U18 in the summer of 2019. He is the 149th ranked player in MLB.com's prospect rankings.

1,217 players were drafted over 40 rounds of the MLB Draft in 2019. Now, just 160 players will hear their names called. Teams are then free to sign as many undrafted players as they'd like, but:

“... after the fifth round, guys can only sign for $20,000. Which might seem like a lot but it’s definitely not," Halter explained. "The slot bonuses for the sixth round are still in the six-figure range.”

“We got like a month out, and its kinda different with Coronavirus -- obviously -- but still controlling what I can control," Halter said.

With Phase One of reopening underway in Florida, Halter has been able to work-out at a personal gym each morning and find open batting cages in the afternoon. He's spent plenty of time working out with players who were in his situation not too long ago.

"Couple of buddies last year, some of them signed pro ball and some didn't. Tyler Calihan (Providence) signed with the Reds last year (Round 3, No. 85 overall). Hunter Barco (Bolles) went to Florida," he said.

"Just hearing from those guys is really great... they both say really great things about where they are. Tyler loved playing in the Reds organization last year, and he got to do some cool things. He played in Billings, Montana, and he said it was beautiful.... it's definitely good to hear stuff like that, because you can hear stories about the minor leagues being pretty grueling. But if you love baseball, that's all that's really important."

It's why Halter, although anxious to see what happens, is taking it all in stride: he knows he'll be playing baseball somewhere this time next year. At a time when the future is so unclear, Halter is confident that his next step in baseball will be the right one either way.

“Hopefully we can see something happen June 10, but Florida’s a great school, too. Either opportunity’s awesome.'