St. Johns' Jalen Hines was set to begin his freshman year on Ithaca College's football team. Instead, their conference has cancelled all fall sports 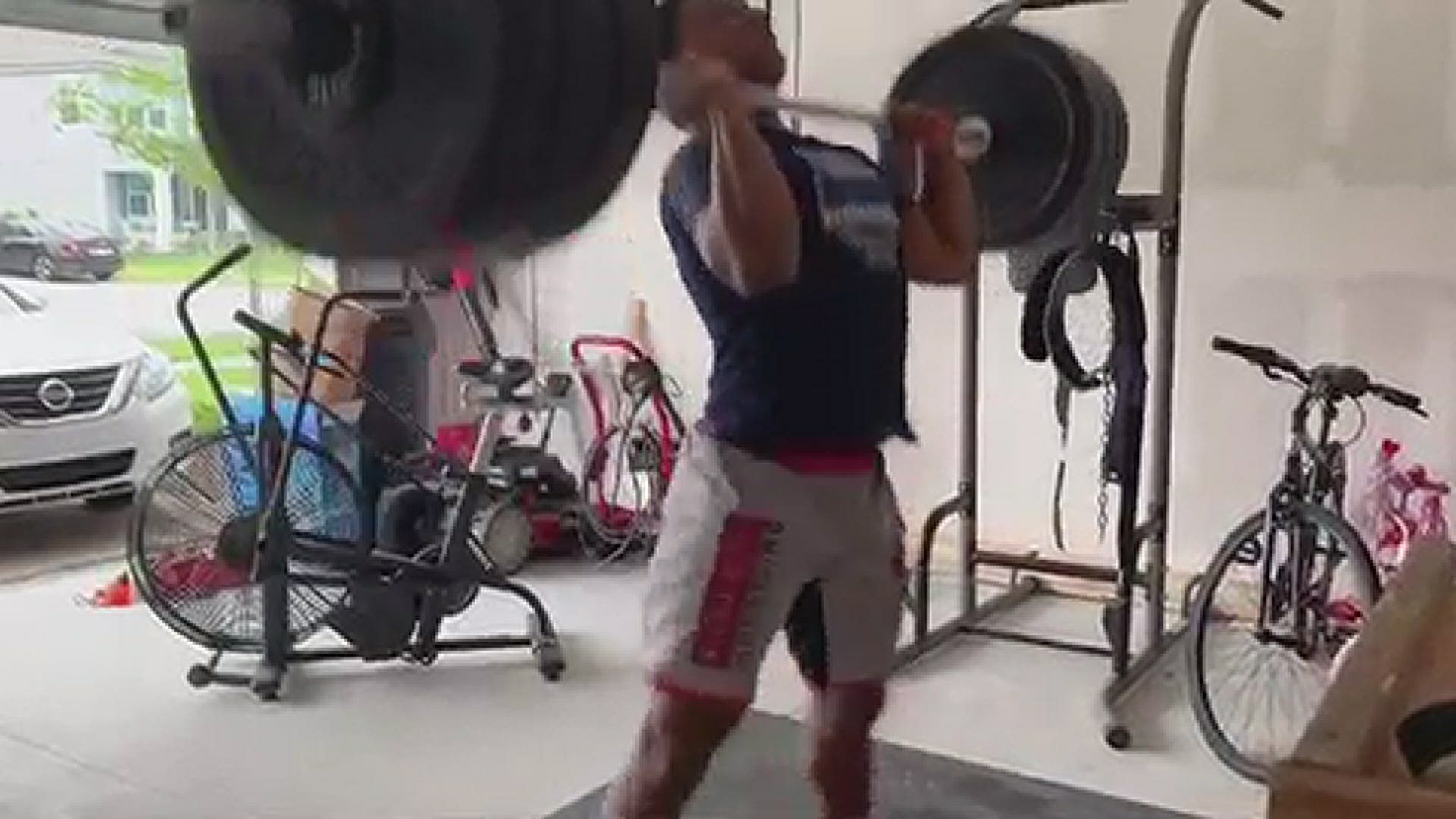 “I was supposed to win this year," he said of the FHSAA State Weightlifting Championships. Like all spring sports in Florida, the event -- and season -- were cancelled.

"It’s been basically working, grinding every day with no clear goal in sight. ‘Cause State was cancelled. That was the main thing I was looking forward to.”

But he had something else to look forward to: his upcoming freshman season at Ithaca College. The Bombers are the fourth-winningest program in the history of Division III college football, including an 8-3 record in 2019.

Still, as the weeks passed and schools across the nation continued to re-tool their athletic and academic calendar, Hines was watching closely.

“It’s really nerve wracking seeing all these neighboring schools shutting down. ‘Cause I was planning on going to most of these leagues and conferences that are shutting down right now," he explained prior to a workout in St. John's County on July 14. "Luckily, I picked Ithaca. That’s probably just a sign from God that it was the right one.”

Eight days later, the Liberty League, of which Ithaca is a member, cancelled all athletic competition through December 31.

And they're not alone.

Of the 28 conferences that feature football at the Division III level, 23 have already said they will not play this fall.

The NCAA has offered its spring sports athletes who lost a season of competition due to the coronavirus pandemic an extra year of eligibility -- but with plenty of stipulations on how financial aid will be distributed among these additional athletes on rosters. Division III is non-scholarship, so, even if the NCAA is to offer all current student-athletes an extra year of eligibility, they would have to pay to play.

Another season, another heartbreak for Hines and athletes across the nation.

“It’s not an easy thing to try and improve yourself with no goal in mind – nothing to really gain from it except personal reasons," Hines explained. "You really have to tap into what that is.”

So, that's been his response. On the field, as he continues to work out and prepare. A Cinema and Photography major, Hines is excited to pour that same energy into storytelling -- as well as his budding music career.*

“Just trying to keep a positive outlook on everything. Everything happens for a reason," he said.

"There has to be some good that comes out of this."

Jalen Hines' has produced several singles that are available on Spotify, Tidal, YouTube and other platforms under "jalenvstheworld."