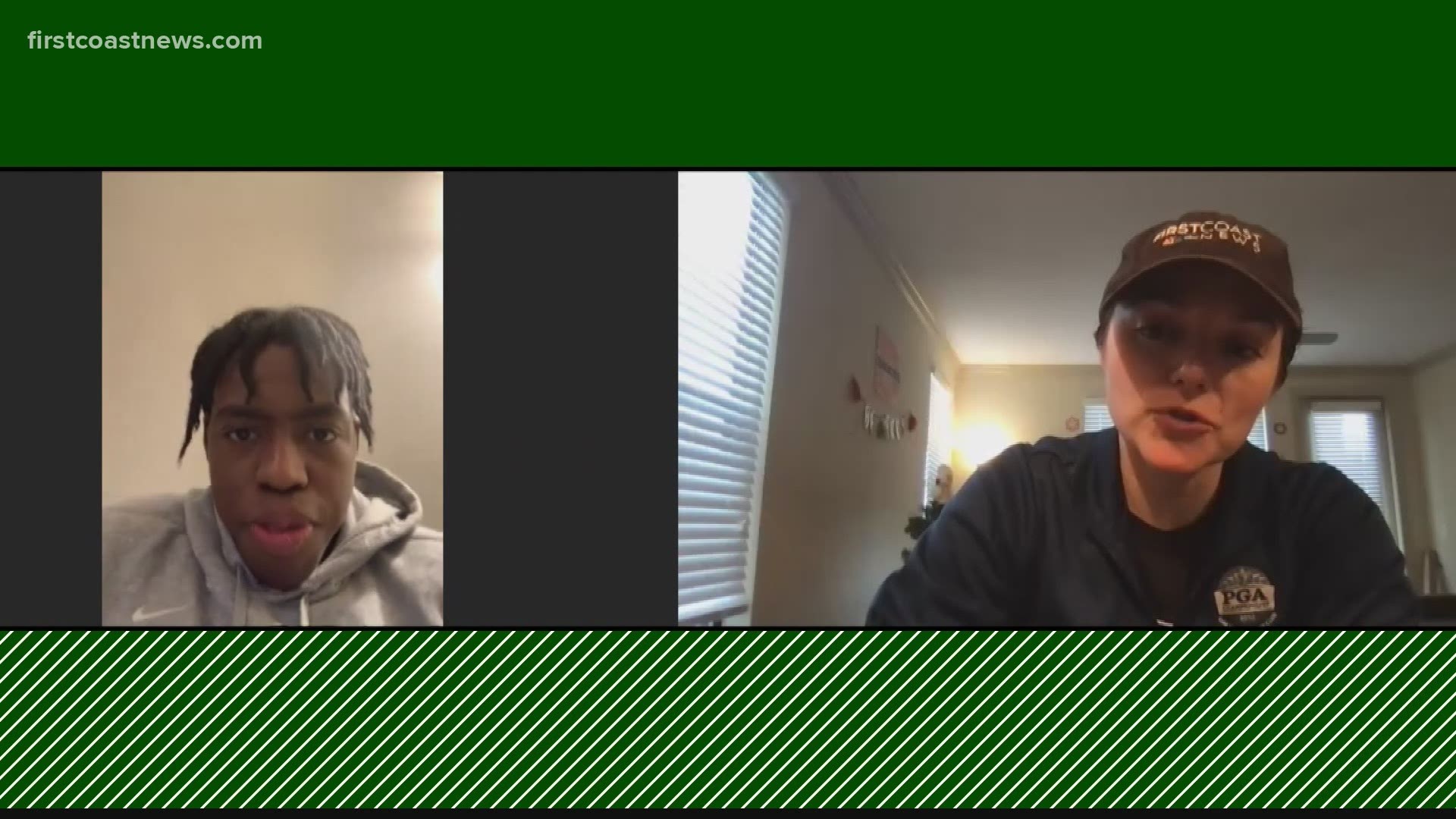 Tony Jasick's JU men's basketball program is off to a 3-1 start in conference play in 2021, their best start since 2011. But none of their three, ASUN wins have come easy. Each one has had a dramatic finish -- whether a ferocious comeback or a game-winning shot.

And redshirt junior Kevion Nolan has been at the center of every one of them.

"I think he plays with a certain confidence about him that other guys feed off of," Jasick said.

The breakdown game by game:

The ASUN opener at Kennesaw State saw the 'Phins down 14 in the second half. They would end the game on a 16-5 run -- 14 of which were scored by Nolan, including a dagger-three to make it a two-score advantage with 22 seconds left.

The very next night, Nolan hit the game-tying shot with 1:43 to play against the Owls, and then, clinging to a one-point lead with 13 seconds remaining, another dagger-three point shot.

Then came Game One of this year's River City Rumble -- and the closest Nolan has gotten to a buzzer beater. With JU trailing by two and with six seconds on the clock, Nolan drained the go-ahead three. UNF failed to score on the ensuing, final possession.

Last night's @JAX_MBB finish was as dramatic an ending as I've been a part of. Was a blast to call, and already excited for the encore today on @1010XL pic.twitter.com/wPDLFj77on

You don't have to be a basketball fan to tell: Nolan has the clutch gene.

But he hasn't always been this swaggy, confident shooter.

Nolan became a starter on the Sacred Heart Catholic High School varsity squad as a seventh grader. With plenty of the other starters also middle school or underclassmen age, Nolan's squad took its lumps.

"My confidence was swayed back and forth because I was always smaller than the other guys I was competing against," he reflected.

He and that once-young, Cardinals line-up would lead the school to three straight State Championships (2015-2017). Nolan signed with nearby Samford, but found himself back at the bottom of the totem pole.

"I played so one dimensional. I would go out timid," he said. "My confidence was back at zero."

He entered the Transfer Portal and ended up reconnecting with one of the schools that initially recruited him: JU. In his search to find a team where he was a more, primary part of the offense, Nolan found his next home in the River City. However, this route would require him to sit-out the entire, 2019-2020 season due to transfer. It was another time period that tested Nolan's confidence and dedication; he credits his family for helping him stay focused.

Finally ready to return to the court once more, Nolan suffered a left knee injury two weeks before the 2020 season began. He would miss the first eight games of the season.

"I would describe [my confidence] as through the roof.... I want those moments because I know I can come through in them"

He's put in the work.

All he needed was a shot.