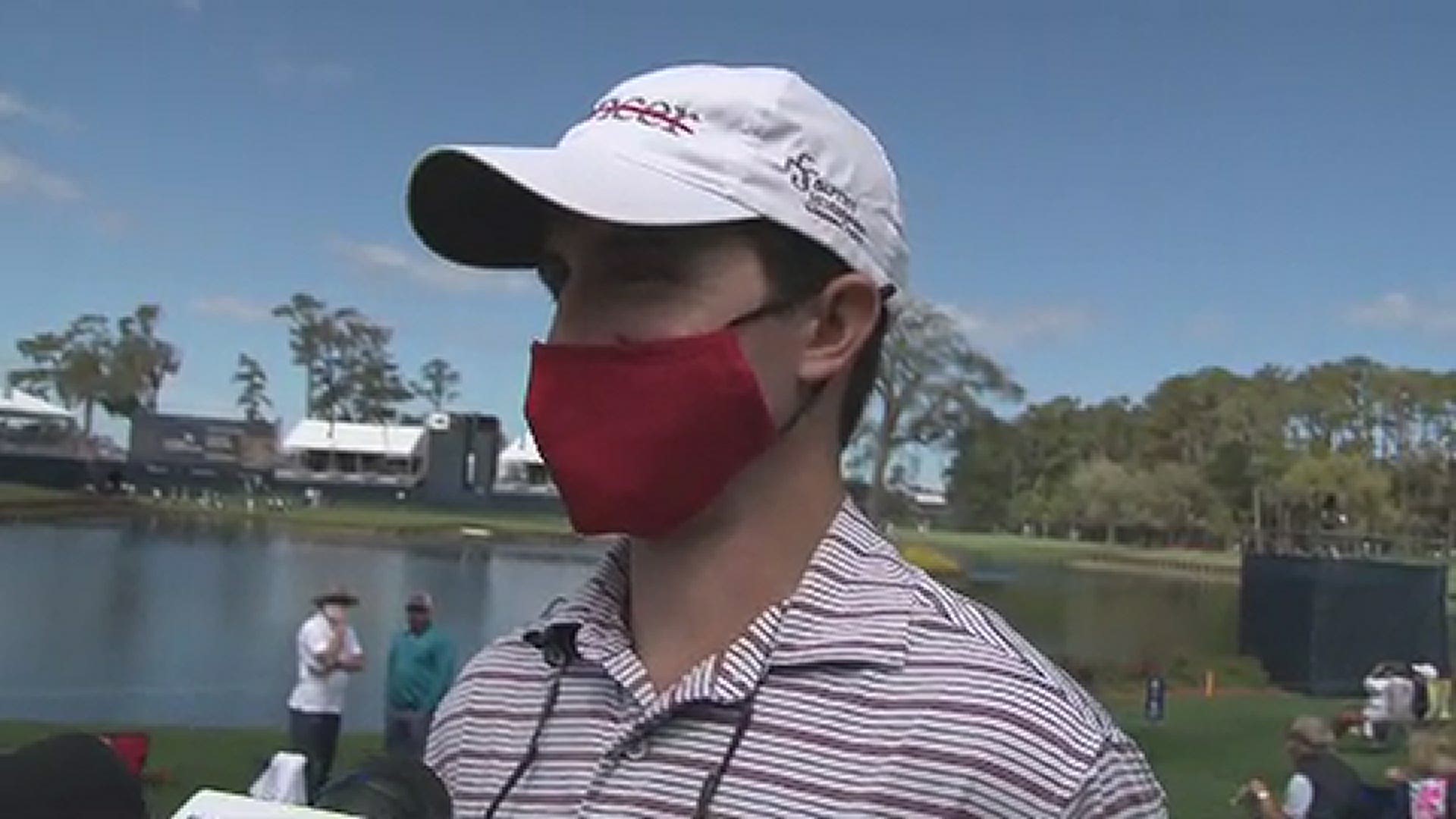 March 11, 2020 is largely regarded as the day "the world shut down" due to the coronavirus pandemic.

But for Jacksonville native T. Bender Middlekauff, his world changed on March 8, 2020. Middlekauff suffered a seizure at a friend's house and was rushed to Baptist Medical Center Beaches. It was soon discovered that the seizure was provoked by a type of tumor known as a glioma that occurs in the brain and spinal cord and is most common in men ages 30-60.

After successful awake craniotomy in March, the University of Alabama graduate was given the "all clear." Bender’s treatment plan moving forward will include seven weeks of radiation treatment followed by six weeks of chemotherapy at Baptist MD Anderson, as well as

Fast forward one year from March of 2020. Bender continues to improve. The Players Championship is welcoming fans once again. Even better: Bender and four of his friends would be among those fans welcomed back to TPC Sawgrass, courtesy of Baptist Medical Center. All is well.

Bender's world was spent spinning once more on Wednesday -- but in a good way. While waiting for fellow University of Alabama graduate -- and his favorite golfer -- Justin Thomas to tee off on Hole 16, Thomas approached Bender and his family.

Bender was able to walk socially distant with Thomas all along holes 16 and 17. The two discussed everything, from Bender's own experiences playing the Stadium Course to Nate Oats' top-seeded, Alabama basketball team.

For as chaotic as the last year has been, for as focused as Bender has been on returning to normal: this was a welcome, unexpected plan.

"I'm so happy I missed work for this," Bender smiled. "Unreal."

For more on Bender's story, check out his story on Baptist MD Anderson Cancer Center's website.