Jacksonville Jumbo Shrimp season start pushed back to May

The announcement moves Opening Day at 121 Financial Ballpark to May 4. 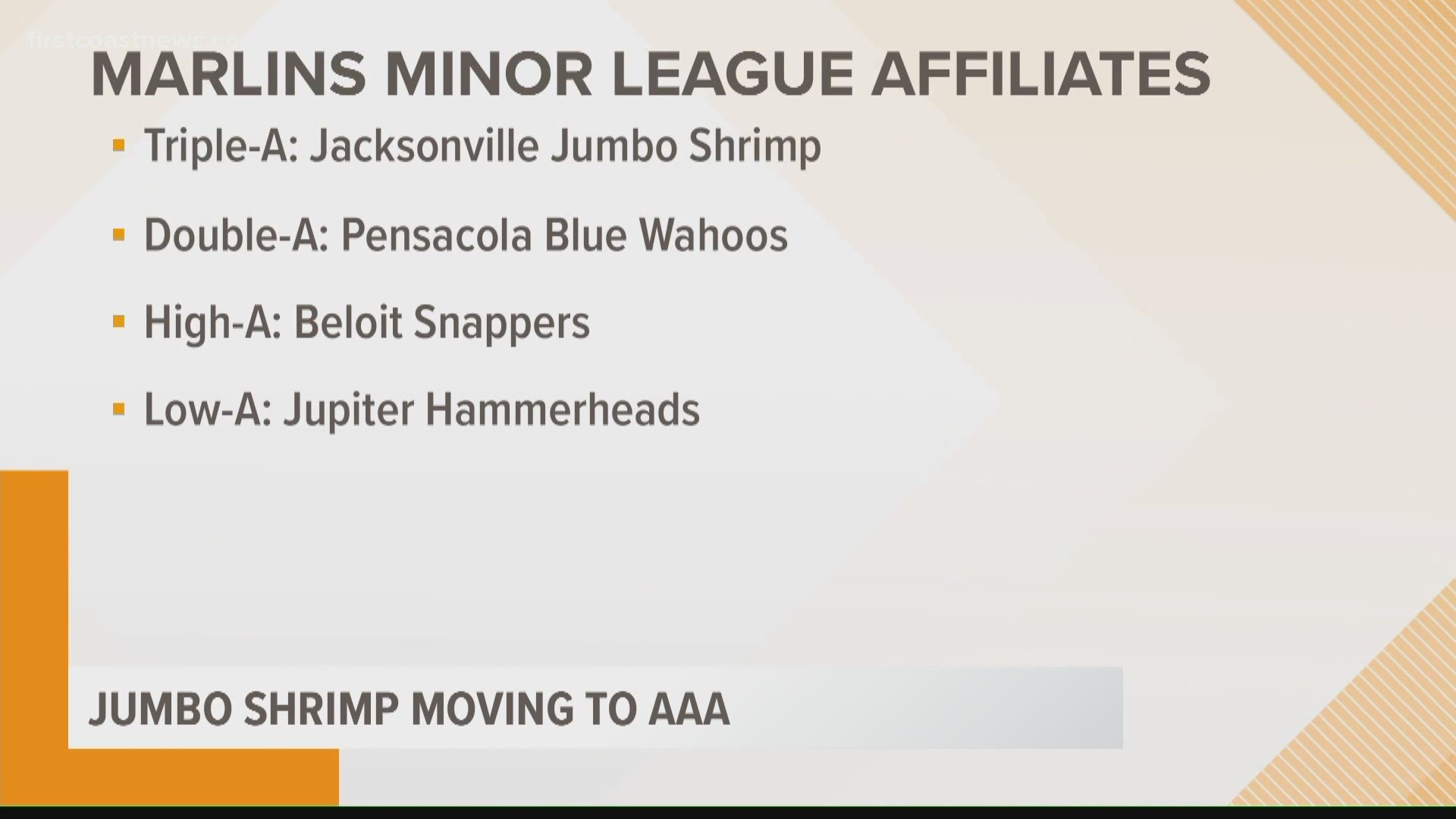 JACKSONVILLE, Fla — Jumbo Shrimp fans will have to wait a little bit longer to get back to baseball.

The Jacksonville Jumbo Shrimp says it was informed by Major League Baseball that the start of the 2021 Triple-A season will be delayed by approximately four weeks.

The announcement moves Opening Day at 121 Financial Ballpark to May 4, when the Jumbo Shrimp are set to host the Norfolk Tides at 7:05 p.m.

“Over the past year, we have been thrown several curveballs, but we are taking this news in stride,” said Ken Babby, Jumbo Shrimp owner, and CEO.   “All of our energy is now shifting to creating a memorable Triple-A season that will begin in early May. Great things are worth waiting for, and this May will be such a special Opening Day in Jacksonville.”

The Jacksonville Jumbo Shrimp got the call-up to Triple-A last year which is the last step before the big leagues.

”We are excited to invite Jacksonville to be the Miami Marlins’ affiliate and rise up to the Triple-A level” said Marlins Vice President of Player Development and Scouting Gary Denbo to First Coast News back in December of 2020.

“Our organization has appreciated the successful partnership with Jacksonville dating back to 2009. We look forward to our elite players and Player Development staff having the opportunity to take their final steps toward their MLB career in Jacksonville while engaging with the great Jumbo Shrimp fans.”

The Jumbo Shrimp were previously a Triple-A affiliate of the New York Mets from 1962 to 1968. Aside from that six-year stint, they have been a Double-A affiliate their entire history.