While MLBPA, MLB owners continue to negotiate, minor league baseball teams have had to get creative in order to still make money 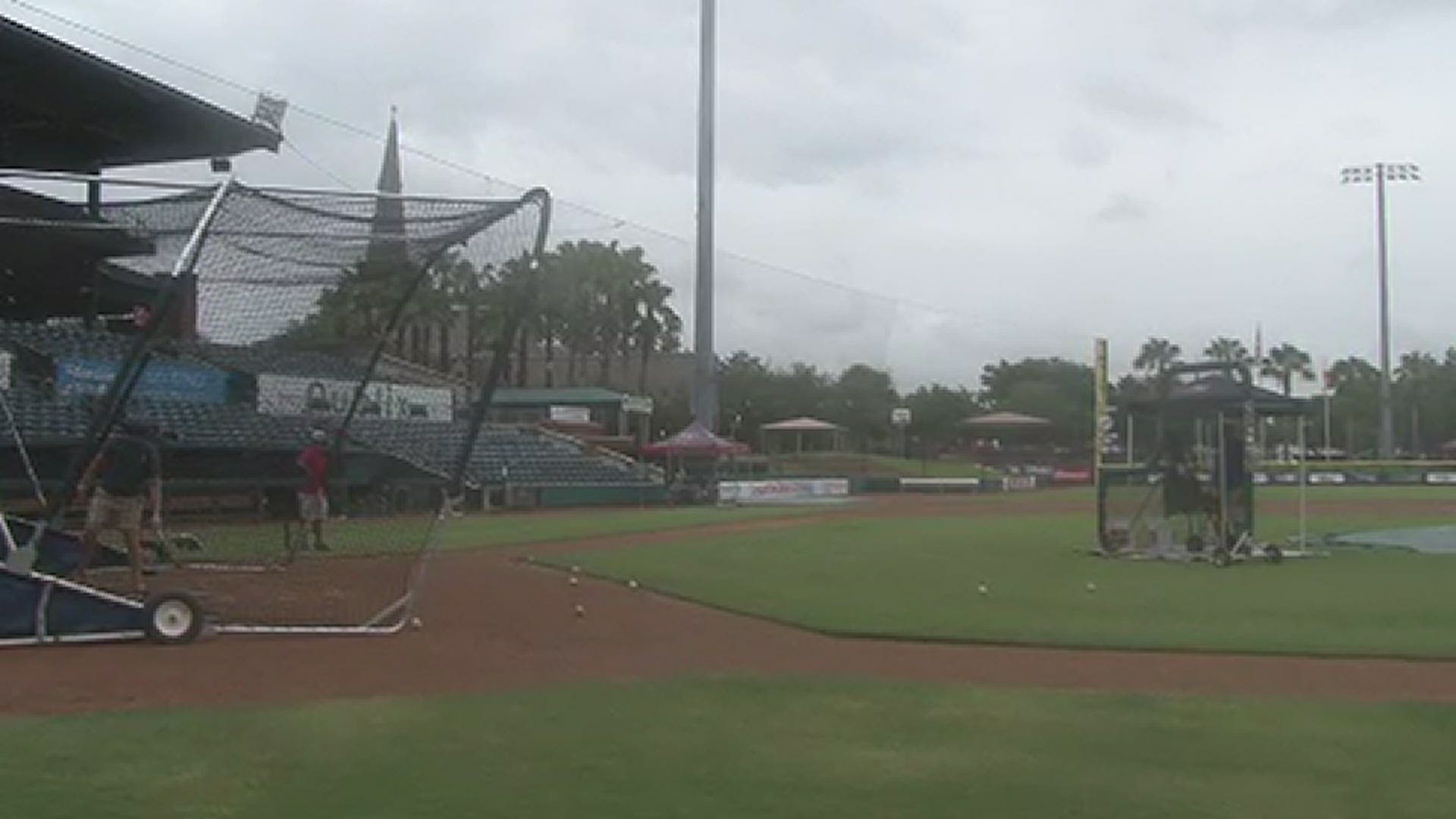 Will the owners finally give in and grant players 100% of their prorated salaries?

Will Commissioner Rob Manfred be forced to step in and decide on what the 2020 season will be? (UPDATE: one week after all but guaranteeing a season, Manfred told ESPN Monday he's "not confident")

Who will blink first?

Minor League Baseball, it would appear.

"We understand we have to, regardless, make plans,” said Jacksonville Jumbo Shrimp general manager Harold Craw.

Their season may be at the mercy of Major League Baseball, but most minor league clubs do not have the luxury of pre-negotiated television contract rights to fall back on. They make their money by actually playing baseball.

“For us, we are really focused on bringing fans through the gates. It’s our bread and butter," Craw said.

The Shrimp, like many other minor league clubs, have tried to off-set those losses in gate fees and game revenue by getting creative. They've hosted batting practice, movie nights, even “Gameless Thirsty Thursday.” Seeing the creativity of other minor league clubs -- from literal, "drive-in movie theaters" on the field to rival Pensacola Blue Wahoos' Air BnB'ing their stadium -- has only raised the bar at the Baseball Grounds of Jacksonville. Craw says they have events and plans in place weekly -- if not daily -- for the upcoming months; but they'll be ready when and if baseball decides to return.

“We’re almost to [what would be] the halfway point of the season, which is unfathomable," he said. "I’m sure there’s gonna be some tough decisions with some other organizations as it pertains to keeping people or buying things or improving the stadium.”

Those ripples have already been seen in the Southern League, let alone Minor League Baseball. Thankfully, the Jumbo Shrimp won't have to face the toughest of those decisions: owner Ken Babby is committed to paying his employees through the season.

After seeing furloughs across his beloved, baseball landscape, Craw said he gets emotional just thinking about the enormity of Babby's decision.

“You know it brings me to the brink of tears just how cool a community this is. We’ve just been lucky. We have some partners that I’m sure that as we continue to communicate with them and add events to our calendar until we know where baseball is going, I’m sure they’re going to support us with that as well.”

And at the rate the Jumbo Shrimp's staff is churning out creative projects... who wouldn't? Next up for the team: Father's Day Weekend at the ballpark, featuring "Dinner on the Diamond" and "Father's Day Brunch."

“No one’s going anywhere. We’re going to keep programming this building until we hear the crack of a bat and the sound of a fizzy soda.”