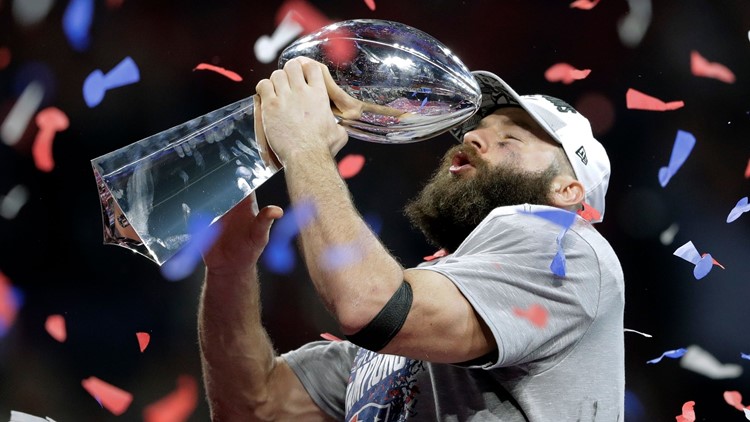 According to ESPN, Edelman was in Beverly Hills around 9 p.m. Saturday night when he allegedly jumped up on a Mercedes-Benz, causing damage.

Edelman was arrested and cited for misdemeanor vandalism, then released. He reportedly left with his friends. The L.A. County D.A. will decide whether to file charges.

According to ESPN, police said in a statement that Edelman is scheduled to appear at Airport Courthouse on April 13.

TMZ Sports said their law enforcement sources said it was apparent that Edelman had been drinking.

This comes after the Patriots ended their season with a loss against the Tennessee Titans in the Wild Card Round of the playoffs.

More information will be added as it becomes available.

The Kent State alum was spotted posing with Paul Pierce and former teammate Danny Amendola on Instagram that night. It is unclear if the picture was taken before or after Edelman's arrest.