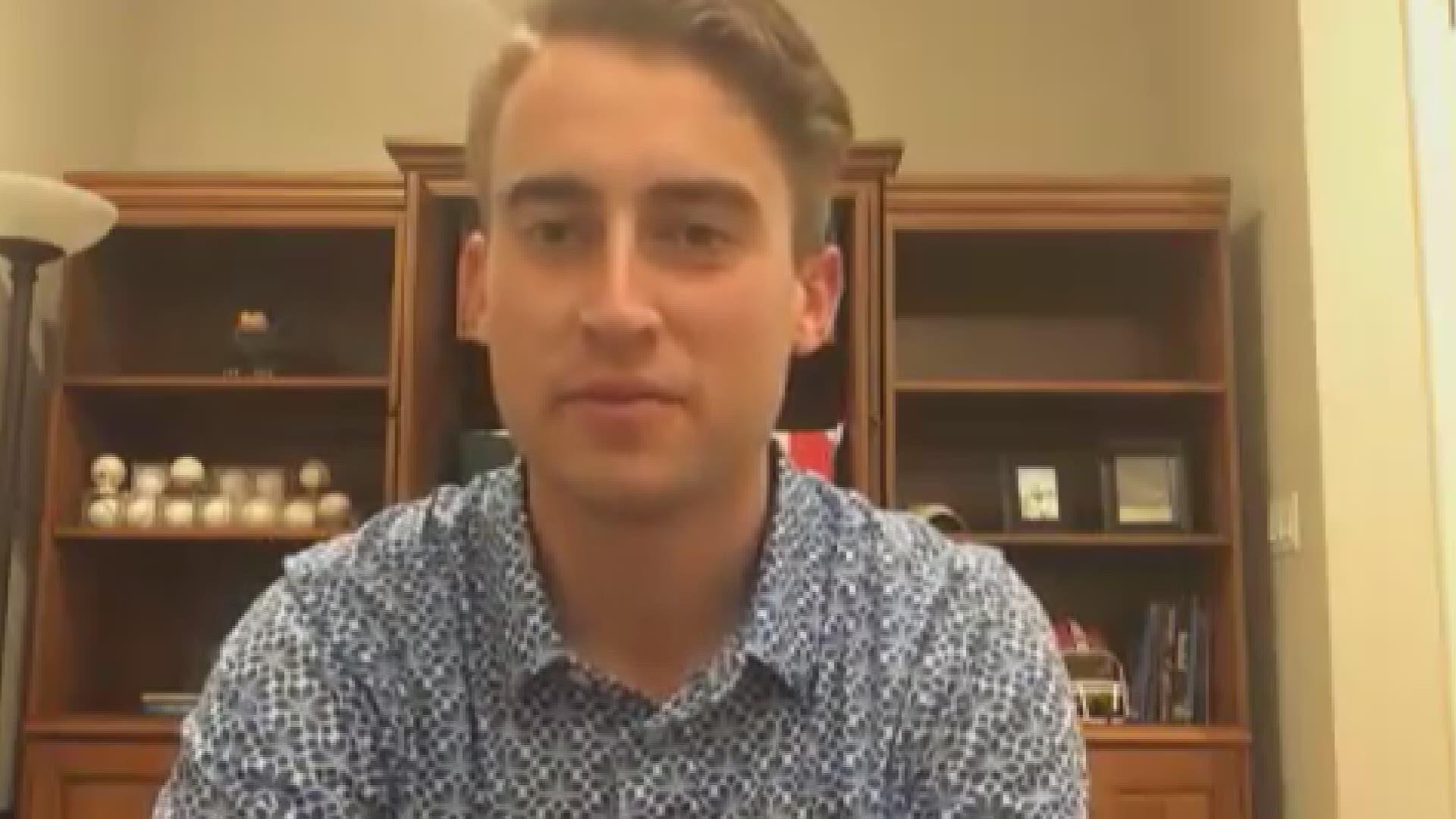 BURLESON, Texas — "I did a 40 day fast, asking the Lord to guide me on where I should go"

6 foot 4 quarterback Jalen Kitna believes his future resides at the University of Florida.

Dan Mullen and Florida football's newest quarterback commit Jalen Kitna sits down with Ben Murphy to talk about his decision to bring his talents to Gainesville, Florida. The relationship his dad Jon had with Cowboys QB Dak Prescott who played for Mullen at Mississippi State played a part.

Jalen believes that Dan Mullen is the guy that can help get him to the next level. He has been late to fill into his frame but has plenty of potential ahead.

Jalen has bought in to the system at Florida without even stepping on campus. He will get his first look at the University of Florida May, 27th when he takes an unofficial to get a feel of where he will spend four of the most important years of his life.