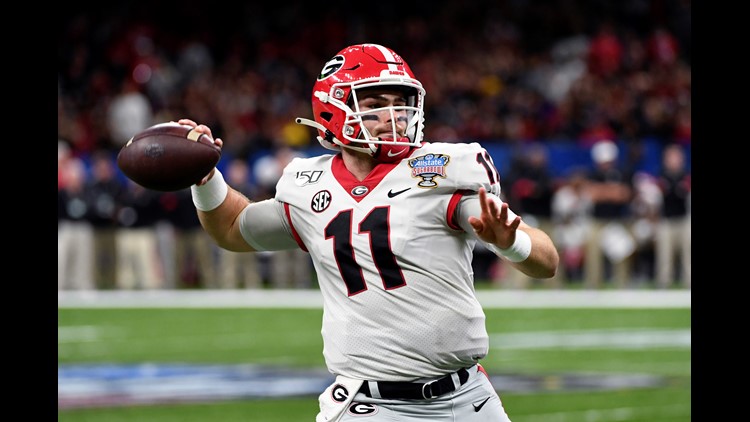 ATHENS, Ga. — Three years and three wins against the University of Florida is one of the many successful things Georgia fans will remember Jake Fromm for. The three year starter in Athens got Georgia to the promised land in 2017 when they played for a National title in Atlanta. He ranks 10th All-Time in SEC Passing Efficiency and threw for over 8,000 yards in his college career.

Wednesday Jake announced he would be leaving Georgia for a shot to play in the NFL.

Jake will join Tua Tagovailoa  and Joe Burrow as other SEC quarterbacks expected to go in the first couple rounds of the 2020 NFL Draft.