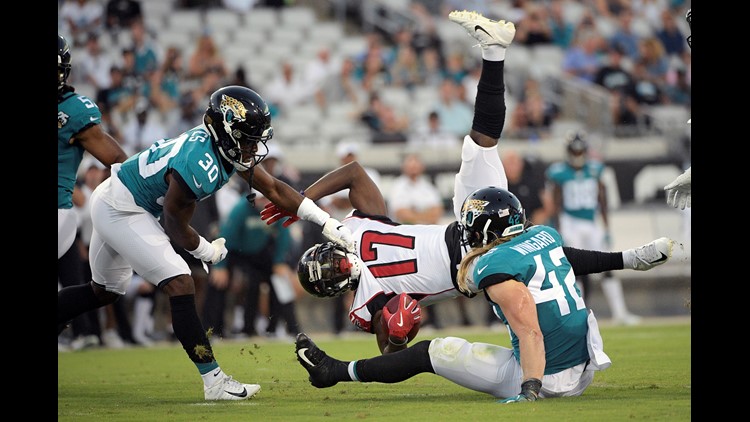 JACKSONVILLE, Fla. — Gardner Minshew and the offense struggled again in the final preseason test of 2019. Thursday night's starter at quarterback was not able to muster any touchdowns and only put 6 points on the board for Jacksonville. The final line for Minshew: 11/26 for 79 yards through the air. Gardner was also sacked twice for a loss of eight total yards.

Jacksonville fails to win a preseason game in 2019. One bright spot Thursday came from Taven Bryan who redeemed a slow preseason thus far with a sack in Thursday night's game.

The only touchdown came from backup quarterback Alex McGough who converted a read option into a 16 yard scamper for 6 points.

The Jaguars will be back at TIAA Bank next week to kick off the regular season against the Kansas City Chiefs.