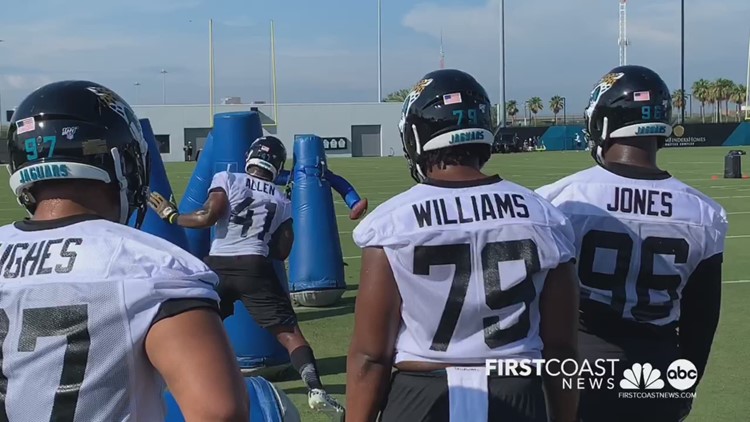 Ervin, 5-10, 182, participated in Baltimore’s training camp in 2019 after spending the second half of the 2018 season on the Ravens’ practice squad. He was originally selected by Houston in the fourth round (119th overall) of the 2016 NFL Draft and played in 25 games with the Texans from 2016-18. During his four-year professional career, Ervin has returned 29 kickoffs for 609 yards and posted 56 punt returns for 496 yards. Additionally, he has totaled 15 rushing yards on five carries and caught 14 passes for 91 yards. Ervin attended San Jose State and is the school’s career record-holder for all-purpose yardage (6,146), KOR yardage (2,734), KORs (101), KOR-TDs (three), combined punt/kickoffs returned for TDs (five), TDs of 80-plus yards (six) and TDs of 70-plus yards (eight). He attended Colton (Calif.) High School and rushed for 2,848 yards and scored 26 TDs in two seasons.

Orzech, 6-3, 246, spent OTAs and training camp with Baltimore after signing with the Ravens as an undrafted rookie. He appeared in 45 games with eight starts as a tight end and contributed on special teams for Azusa Pacific, where his collegiate career spanned six years. The Menifee, Calif. native, who also saw action as the Cougars’ long snapper, played in 32 games over his first three seasons before dealing with injuries during the 2016 and 2017 seasons that granted him a medical redshirt and allowed him to return for a productive 2018 campaign. Prior to Azusa Pacific, Orzech attended Paloma Valley (Menifee, Calif.) High School, where he gained experience at tight end and defensive end, in addition to lettering in baseball. His father, Matt, played football at Iowa State. His last name is pronounced ORR-zeck.

Ozigbo, 6-2, 225, signed with New Orleans as an undrafted rookie in 2019 and spent OTAs and training camp with the team. The Sachse, Texas native had 21 rushes for 92 yards in four preseason games for the Saints. Ozigbo was a three-year starter at Nebraska, where he played in 41 games with 20 starts. He finished his Cornhusker career with 419 carries for 2,196 yards and 21 TDs while also adding 49 receptions for 488 yards. Prior to arriving in Lincoln, he attended Sachse (Texas) High School, where he earned first-team All-District 11 honors as a senior and participated in track.