The First Coast Sports Team has you covered with the latest from the Jaguars' 2020 Training Camp, beginning July 27

It's going to be a season unlike any other.

By now, we're used to that phrase regarding just about everything. The upcoming NFL schedule is no different. Thus, so, too, will its Training Camp.

Never fear: the First Coast Sports Team has you covered every step of the way.

In his first availability of the preseason, Jaguars' general manager Dave Caldwell did confirm that he has spoken to defensive end Yannick Ngakoue this week. Ngakoue, who has yet to sign his franchise tender with the club and, thus, report to camp, parted ways with his agent on Monday.

Caldwell said he would refrain from commenting, leaving that up to Ngakoue to address.

The Jaguars received some positive news Sunday morning.. and some not so positive by day's end.

By 4 p.m., five players -- including Jones -- were placed on the Reserve/COVID 19 List. Among those five players: starting quarterback Gardner Minshew. Joining him and Jones are wide receiver Michael Walker, running back Ryquell Armstead, and safety Andrew Wingard.

A player is placed on the Reserve / COVID-19 List if they have contracted the virus or have been in close proximity to someone with the virus. Players must submit two negative results and complete an undisclosed amount of days in quarantine before being eligible to return to the active roster.

I have no knowledge of or specifics on these, but FWIW, Minshew, Wingard and Walker were all roommates last year

Again, being on Reserve/COVID List doesn’t mean you yourself have tested positive. And #Jaguars are testing every day

The Jaguars PR team said that Jones being re-placed on the list was due to "new procedures" in the NFL's policy.

Additionally, the Jaguars signed fifth-year defensive end Adam Gotsis on Sunday. The Australian-born, Georgia Tech product was originally a second round selection of the Denver Broncos in 2016. He has tallied 109 tackles, 13 passes defended, five sacks and two forced fumbles in his career. This move comes after veteran defensive end Lerentee McCray announced he was opting out of the 2020 season.

After five days of initial COVID-19 testing, Jaguars veterans who have reported three negative tests are allowed to enter the facility to take physicals and prepare for a week of strength and conditioning.

Stache is back in teal and black. pic.twitter.com/EFBP3i9wWP

However, with those physicals has come some news on the injury front: starting nickel cornerback D.J. Hayden (knee) and tight end James O'Shaughnessy (knee) have been placed on the team's Active/Physically Unable to Perform lists. O'Shaughnessy is recovering from a torn ACL he suffered Week Five of the 2019 season.

Additionally, veteran defensive end Lerentee McCray became the second Jaguar in as many days to opt out of the 2020 season. He joins defensive tackle Al Woods, who opted out on Friday.

Thanks to @Jaguars for providing us with arrival video of players reporting today!

I fixed it for you! (with some help from @AnthonyReports)

For all teams whose regular season begins September 13, preseason training can formally begin on Monday, July 27.

However, with the ongoing coronavirus pandemic and the NFL and NFLPA's CBA agreement, the Jaguars won't be hitting the field on Day One. According to the NFL Network, here's a rough estimate of what these next few weeks will look like at TIAA Bank Field. 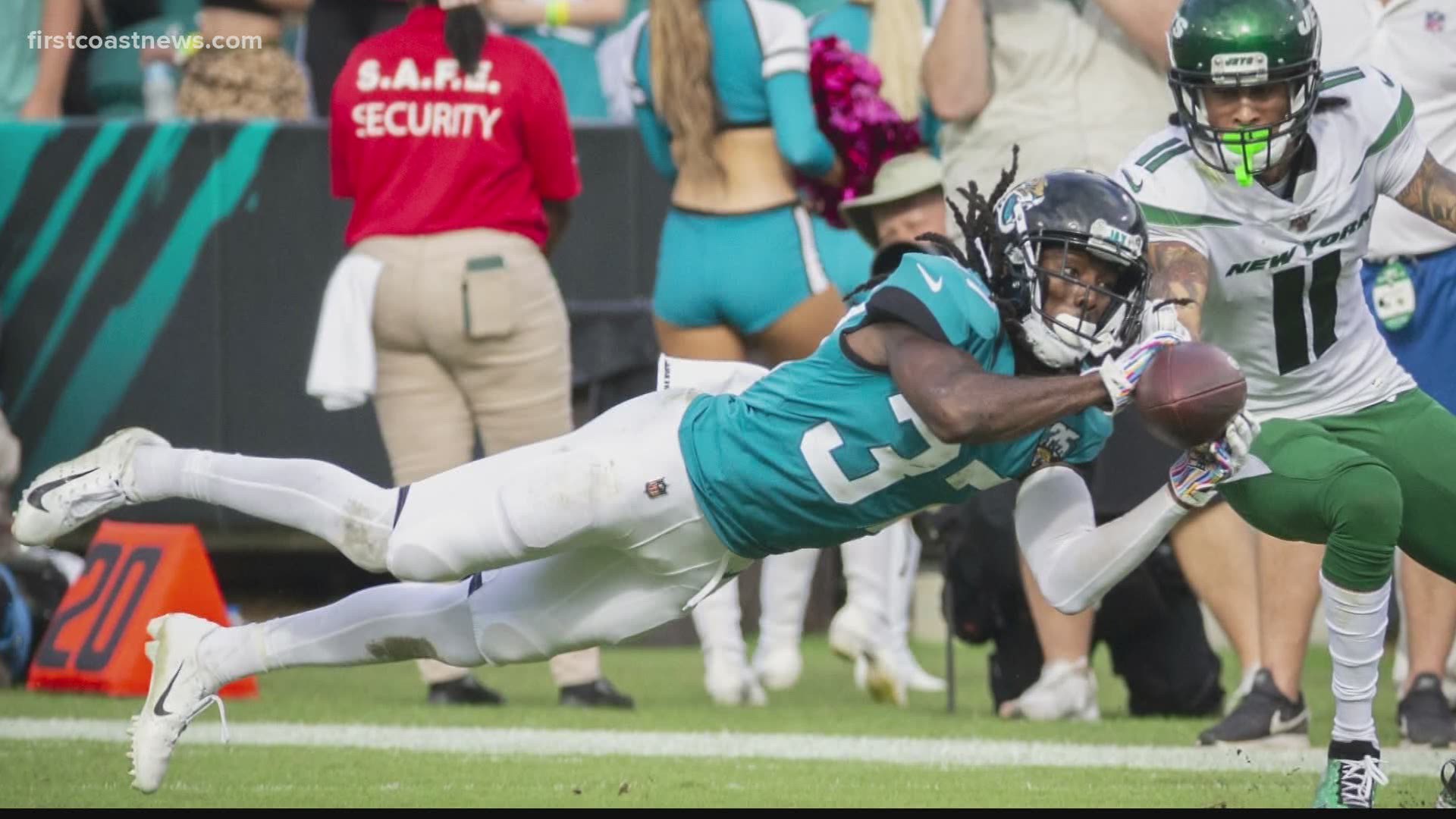 Three Keys for Gardner Minshew in 2020 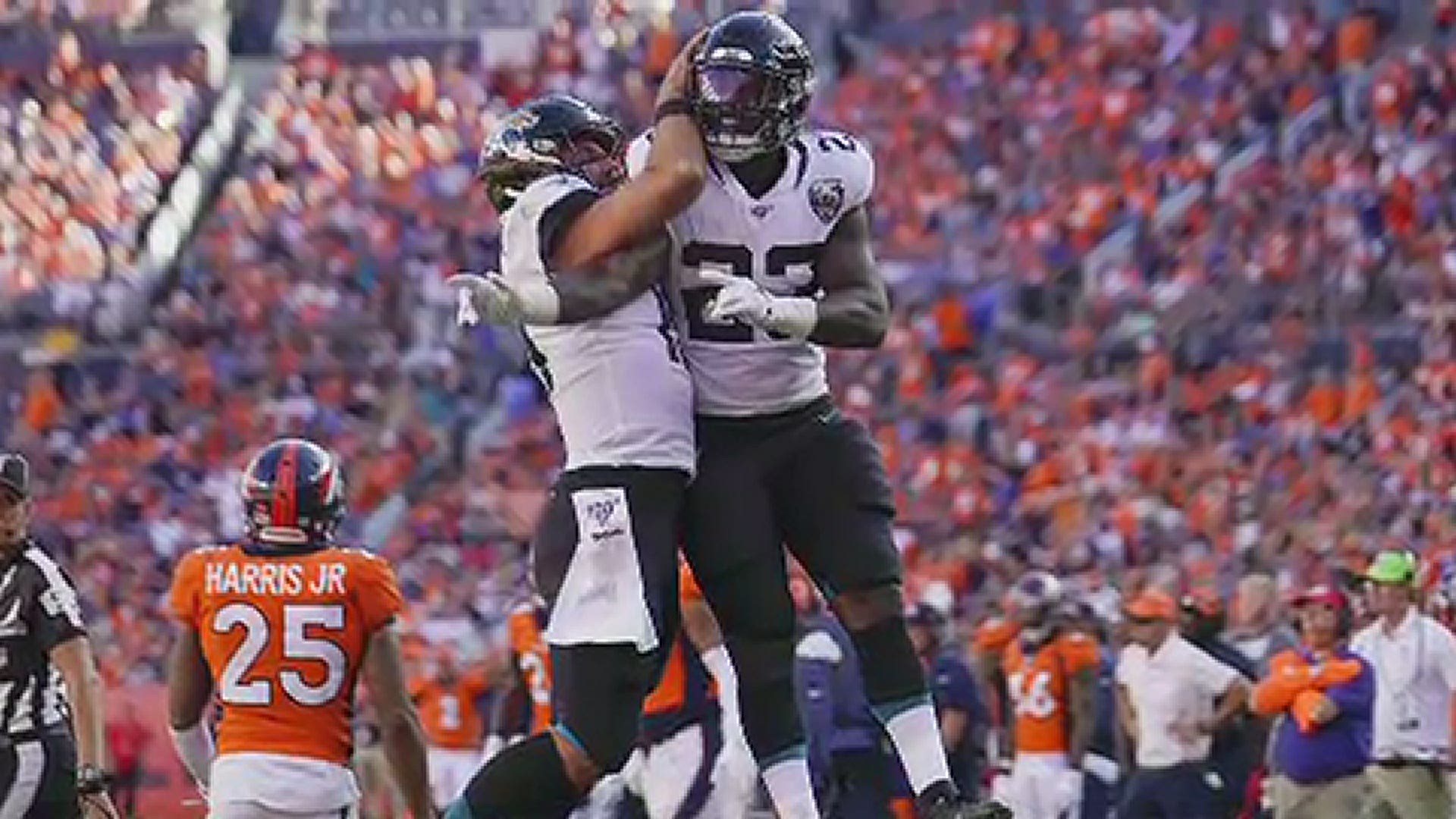 As availability allows, the First Coast Sports Team will update this web page to reflect the latest on the 2020 Jaguars Team. Follow us at @FCNSports on Twitter.