In an exclusive interview with the Florida Times-Union, Lamping says a renovation of TIAA Bank Field is needed before NFL owners would approve a lease extension. 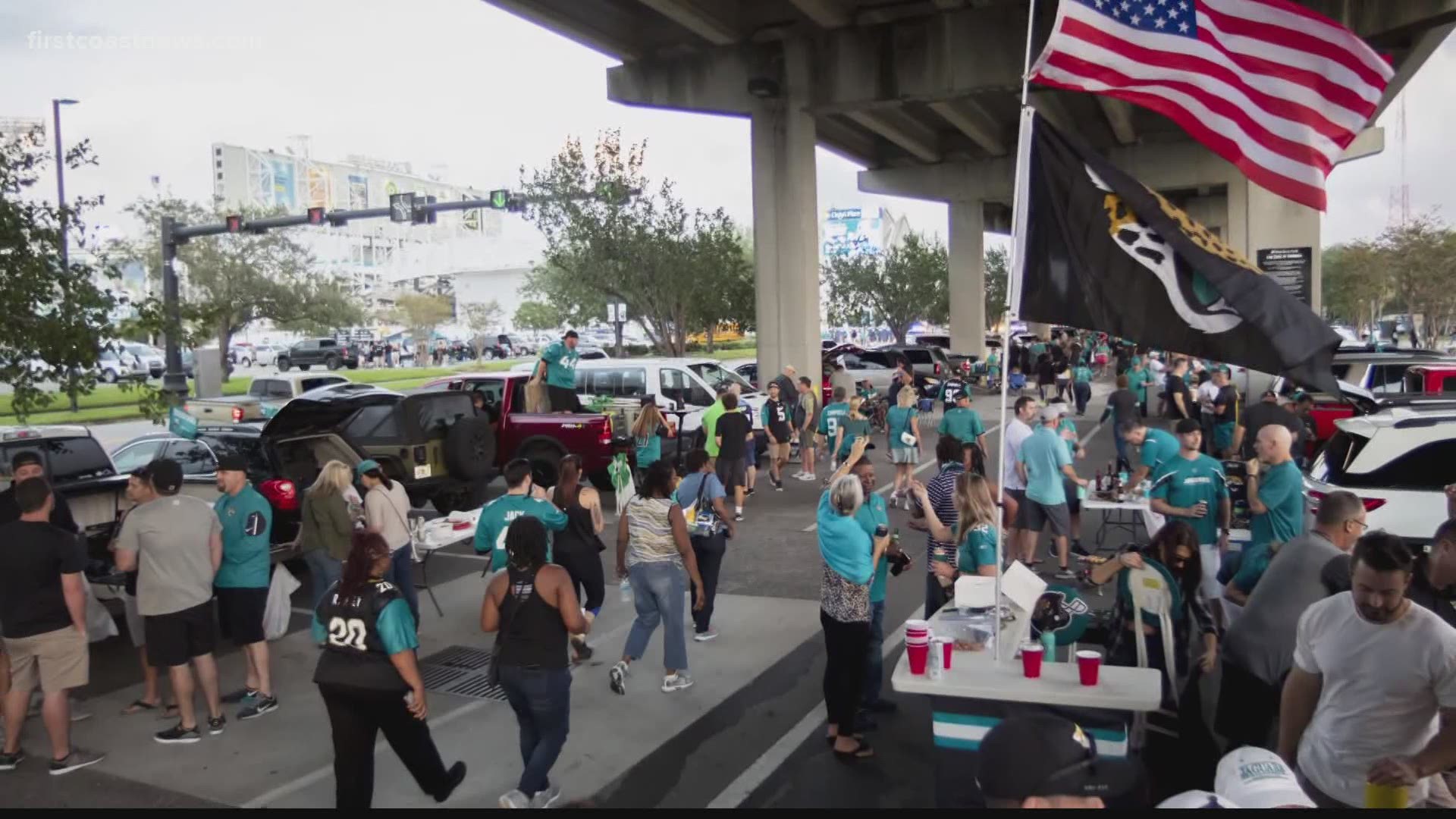 JACKSONVILLE, Fla. — Any potential extension of the Jaguars’ current lease with the city of Jacksonville beyond 2030 would have to clear several NFL hurdles, including a major renovation of TIAA Bank Field, before owner Shad Khan could even consider signing an agreement, team President Mark Lamping told the Times-Union.

In an exclusive interview with the Florida Times-Union on Monday, Lamping responded to numerous inquiries about why the Jaguars have not agreed to extend the lease during discussions with City Council on the Lot J development proposal. Any lease extension would require three-quarters majority approval of NFL owners, and Lamping said there’d be no chance of acceptance without a major stadium renovation. He added that a more vibrant downtown through the Lot J development next to TIAA Bank Field — currently being discussed and soon up for a vote by City Council — also makes that approval more appealing.

“If you’re going to be making a long-term extension of a lease, there needs to be certainty that you’re going to have an NFL-quality stadium during the term of that extension,” Lamping said. “That’s obvious, no different than when the Jaguars came to Jacksonville.

“The NFL wasn’t going to bring a team here [in 1995] and have them play in the old Gator Bowl. That hasn’t changed at all. That question needs to be answered. That’s why we have been raising this for the past couple years. So we’re getting ahead of it. Going to the league now and trying to get a lease extension without a stadium solution is going to end up not where we want it to end up.”

During a 38-minute phone interview, Lamping touched on a variety of topics connected to a potential extension of the current Jaguars’ lease with the city, which expires in 2030. He noted that the intentions of Khan, who has encountered much skepticism since the city is being asked for up to $233.3 million in investments and incentives toward an estimated $450 million cost of the Lot J development, should be judged on a track record of his investing in Jacksonville, “not on what you think he’s going to do.”

Lamping explained that one of the reasons the Jaguars have been reluctant to speak publicly until now about a lease extension is “as soon as that word is mentioned, some people perceive it as a threat [to leave]. That’s not the case at all. So that’s why we tend to be really careful around any type of discussion on the lease and prefer that people judge Shad based on what he’s done.”

While the Jaguars’ lease with the city still has 10 years remaining, it has become part of the debate surrounding whether taxpayers should give Khan and development partner The Cordish Companies that much in economic incentives to build a mixed-use development on Lot J.

The proposed agreement Khan reached with Mayor Lenny Curry’s office would result in the most lucrative incentives package ever granted a single project. Though many city and civic leaders are supportive of Khan’s vision for Lot J, there’s also growing scrutiny into the terms of the deal, which has been criticized as being one-sided toward the Jaguars’ owner.

Some council members have said those terms would be easier to justify if Khan made a long-term commitment to stay in Jacksonville, as the project’s success would be dependent on the Jaguars staying in the city.

With the proposed Lot J agreement being reviewed by the Downtown Investment Authority, a composed Lamping wanted to clear the air about the lengthy process involved with a lease extension.

He talked about how just small parts of the Lot J proposal, such as building on an existing parking lot and replacing it with another parking lot, impacts the lease and would be subject to review by multiple NFL owners committees.

“[A lease extension] has to go to a vote of the owners that requires three-quarters vote,” Lamping said. “That same provision would apply as it relates to the extension of our lease [receiving approval from NFL owners] and, to tell you, there’s no way that the NFL would even consider a long-term extension of a lease with Jacksonville without a long-term solution for the stadium.”

As Lamping has previously outlined, Jacksonville is the only NFL city besides Buffalo that hasn’t either built a new stadium or done a major renovation (defined in the $400-500 million range) to its existing stadium. Khan and the city have previously invested in some renovations like the scoreboards in both end zones and club seat upgrades, but none of those are deemed “major” in the eyes of NFL owners.

As for the Lot J development and the money the city may invest in the project, Lamping emphasized that Khan’s past investment commitments in Jacksonville — both in stadium improvements and philanthropic community endeavors — should weigh heavily with the decision-makers. He hopes the ultimate Lot J decision isn’t swayed much by the Jaguars’ current 1-9 record on the field or disappointing seasons in the last decade.

In Lamping’s view, Khan’s approximate $260 million investment in Lot J, plus $200 million in the first phase of the Shipyards development and $190 million in the second phase, should be a telling factor of his commitment to Jacksonville’s future. He also pointed out how Khan kept the team here during his early years of ownership when speculation was rampant he would move it to London or possibly U.S. cities like Los Angeles and Las Vegas that were aggressively pursuing a franchise.

“I can tell you our discussion about this [Lot J] thing would be a lot easier if the team was performing better,” said Lamping. “Again, these are really long, long-term plans that are being made. You don’t get ready to invest another $650 million in downtown Jacksonville if you didn’t believe in the city, and you certainly wouldn’t do that if you were planning on leaving.”

Then, in a reference to then Baltimore Colts owner Robert Irsay moving his franchise to Indianapolis in 1984, he added: “You can’t take this stuff with you. You can’t take a building in the back of a Mayflower moving truck in the middle of the night.”

While Lamping emphasized a stadium renovation is the most critical component to earning NFL owner approval on a lease extension, the Lot J project can’t be overlooked in the equation because the league wants a vibrant downtown setting for its franchises.

“NFL owners and league staff, they’ve been in every city and they know what the [downtown] experience is like,” said Lamping. “Nashville is an awesome place. A city like Indianapolis is a great place to visit. Charlotte came into the league at the same time as Jacksonville.

The proposed Lot J deal would require the city to pay up to $50 million to build a 75,000 square-foot outdoor entertainment district, which would serve as the anchor of the development. It would also include two residential towers, a hotel and 40,000 square feet of Class A office space.

Under the proposed deal, the city would also spend between $77.7 million and $92.8 million on public infrastructure and provide Khan a $65 million interest-free loan, a $12.5 million grant for the hotel and a $12.5 million property tax rebate for the residential towers.