The former First Coast Buccaneers and Florida State standout has taken his talents from the football field to the octagon. 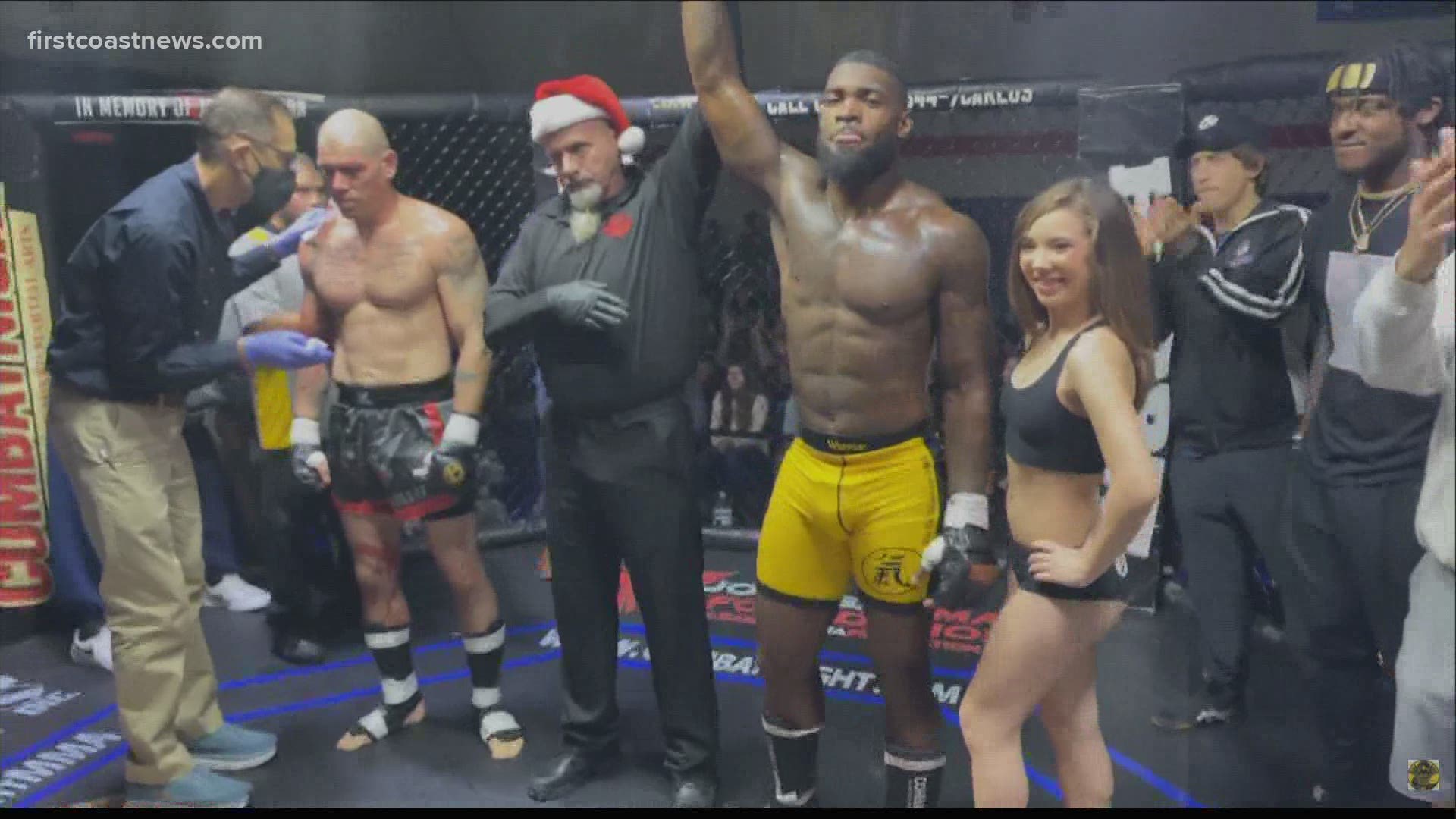 JACKSONVILLE, Fla. — Mixed martial arts fans here on our First Coast will see one of their very own will be in the octagon Saturday night.

Reggie Northrup, who made his mark on the football field, is looking to do the same in the MMA.

The former First Coast High Buccaneer and Florida State football standout has taken his talents from the football field to the octagon. Two fights in, and Northrup is beginning to make a name for himself in the MMA.

"This is not no hobby," Northrup proclaimed. "I'm a legit martial arts artist. It's high-level martial arts over here,"

The reigning combat night MMA light heavyweight champion is 2-0 winning his most recent fight in Orlando.

Forcing his opponent to tap out using a move called the rear-naked choke and no one should be surprised that Northrup is having so much success. His dad was an MMA fighter, so he grew up around the sport.

Plus, MMA is a sport he's really been working at since his sophomore year at FSU.

"I just want to be great," Northrup said. "I'm adopting the two-sport athlete thing. It's doable for me personally, maybe not for other people."

Northrup says he's two fights away from becoming eligible to sign as a pro.  Then he'll be able to make money but also put his city on the map in mixed martial arts.

"I do want to get in the UFC that's the plan. I feel like I can be the first UFC light heavyweight champion to come out of Jacksonville," he said.

You can see Reggie Northrup in action in Orlando at the Caribe Royale.

He's expected to step into the octagon at around 6:30 this Saturday night.
Northrup will face Kevin Church out of Jacksonville Beach.