This comes a day after more than a dozen NFL stars united to send a passionate video message to the league about racial inequality. 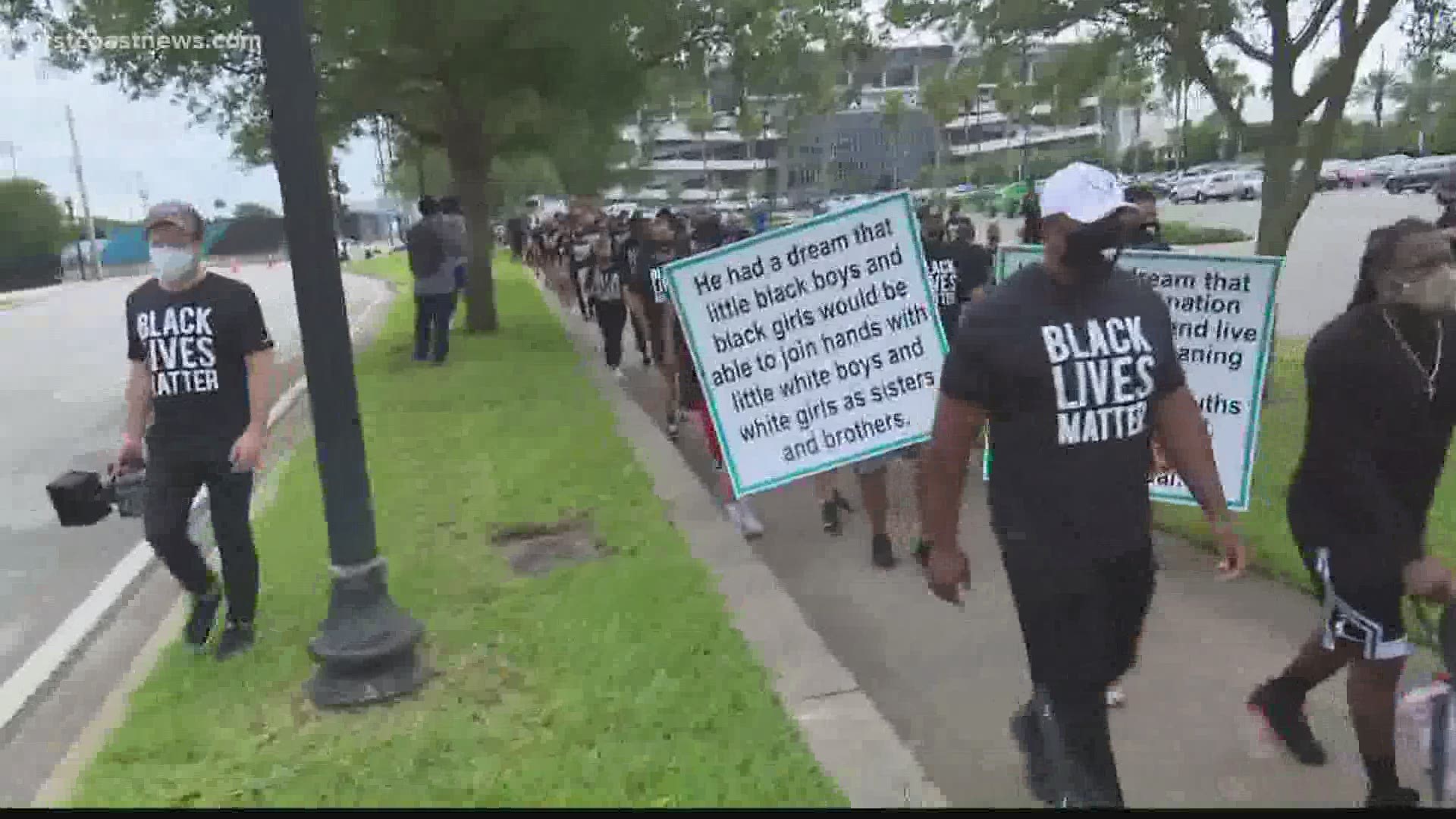 Those who could not be in attendance sent in video messages showing their support.

"For many Americans, now is the moment, never has that been clearer," said the Jacksonville Jaguars in a Facebook live video. "Our players are leading an organization-wide march to raise awareness for racial injustice against the Black community. This is just the first step forward."

This comes a day after Patrick Mahomes, Saquon Barkley and more than a dozen NFL stars united to send a passionate video message to the league about racial inequality.

The players then take turns asking the question, “What if I was George Floyd?"

Earlier this week, team owner Shad Khan wrote an open letter regarding the recent unrest across the nation.

"The events of the past 10 days have been alarming and disheartening. Alarming because we know the history of systemic inequity that brought us to this point, not only with the recent killing of George Floyd and other African Americans in our country, but also the disproportionate impact the coronavirus has wreaked in communities of color. Disheartening because this familiar sequence of killing, followed by protest and civic unrest, followed by inactivity and silence, occurs ever more frequently in our nation..."

RELATED: Players want NFL to say it was wrong to silence their peaceful protests

MORE FROM THE PROTEST: