The overall project cost is $18.5M and includes the Icemen buying the building. 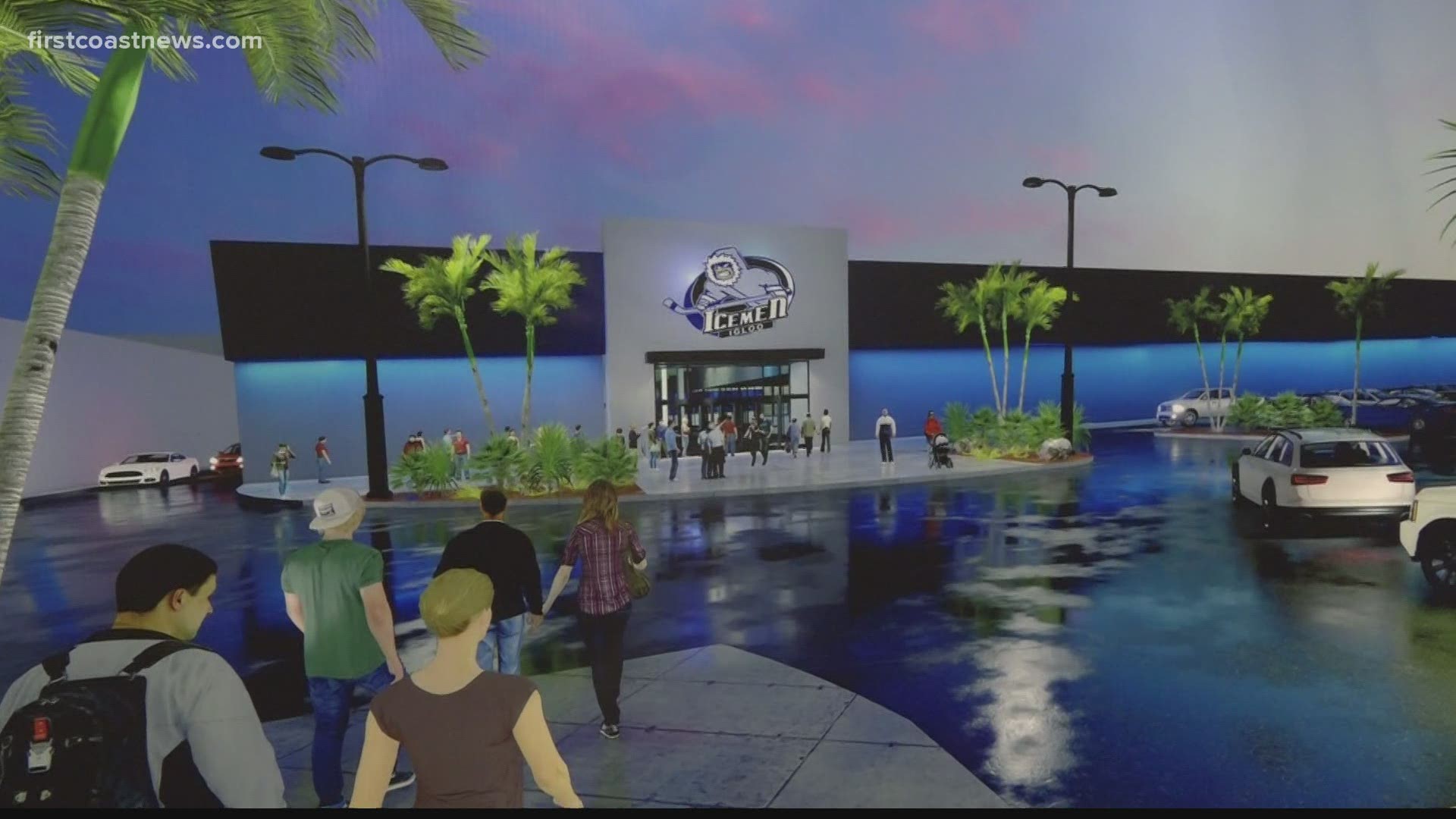 JACKSONVILLE, Fla. — The Jacksonville Ice & Sportsplex is getting a major facelift.

The renovations were announced during a press conference on Tuesday with the team and Mayor Lenny Curry.

"Welcome to San Marco, I'm glad to be here for this announcement for what is promising to be an amazing attraction for this neighborhood, our city and all of Northeast Florida," said Curry.

The renovations will reportedly feature two ice rinks, a restaurant, bar and a Sports Hall of Fame.

Renovations will begin in August and it will be a 10 to 12-month project. The overall project cost is $18.5M, includes the Icemen buying the building.

The Ice Complex will still be open the entire time.

RIGHT NOW: After 28 years, the Jacksonville Ice & Sports Complex is getting a facelift, courtesy of @JaxIcemen!

And the new name... “The Icemen Igloo” 🥶🔥@FCN2go | #TeamSideline pic.twitter.com/VX4l9bbGgz

Great news for hockey fans and @CityofJax. The @JaxIcemen and Mayor @lennycurry announced renovations to the Jax Ice & Sportsplex that will begin in August.

The “Igloo” will include two ice rinks, a sports bar, restaurant and the Jacksonville Sports Hall of Fame. #ilovejax pic.twitter.com/3e3gE8RXTi