Master Sgt. Aaron Bebernitz surprised his family during Sunday's Jaguars game. Bebernitz had been deployed in East Africa for the last seven months. 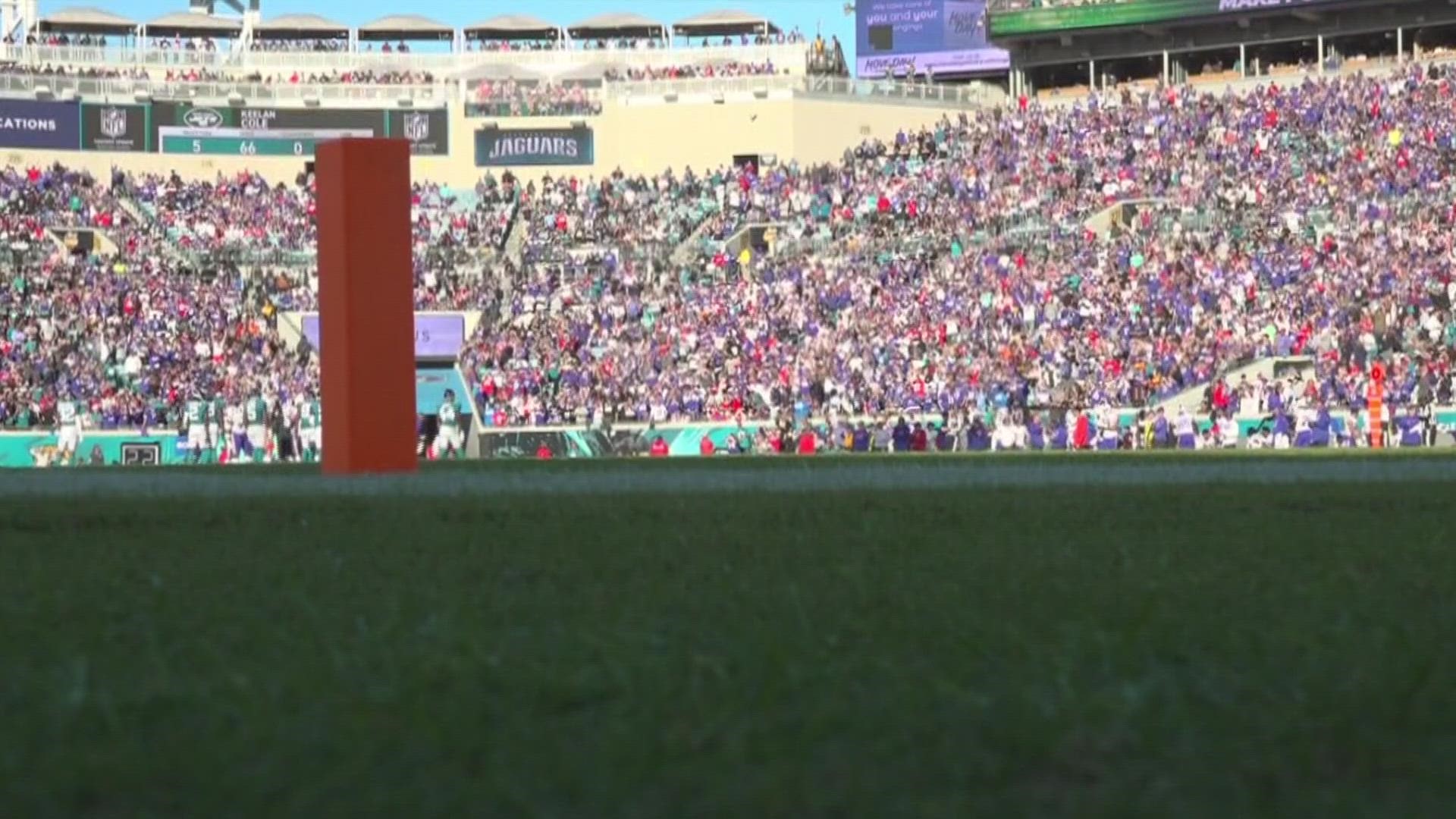 It was quite the game for Bebernitz, even though he spent the beginning of the first quarter watching from a dressing room next to Daily's Place.

Regardless of the score, the United States Air Force firefighter was preparing for the biggest moment of the afternoon.

"That bond and that love are essential when you're deployed knowing that you have that support network that you have your family your friends that stand behind you," Bebernitz said.

The Jaguars helped organize a surprise homecoming for Bebernitz after he had spent the last seven months deployed in East Africa. They worked alongside the Jacksonville Fire Rescue Department, where Bebernitz is a Captain, and the 908th Airlift Wing, where Bebernitz serves as a firefighter in the Air Force Reserve, to plan the suprise.

His family was honored as the Jaguars Hometown Hero Family. After the presentation, they pivoted to watch a recorded message from Aaron.

Moments later, they watched that message come to life as Bebernitz came running into their arms.

"It's going to last a lifetime these memories and again I can't thank the Jaguars enough and everyone who's helped me to get to this moment," Bebernitz said.

Bebernitz is a Jacksonville resident and will return to his post as a Jacksonville firefighter. When he was overseas, he was deployed with the 475 Expeditionary Air Base Squadron as a part of the 435th Air Expeditionary Wing. Serving in Manda Bay, Kenya, he helped to train the Kenyan Naval Fire crew, sharing techniques such as rescuing aircrew from U.S. and Kenyan aircraft.

See video below of Bebernitz and his squadron conducting the training: 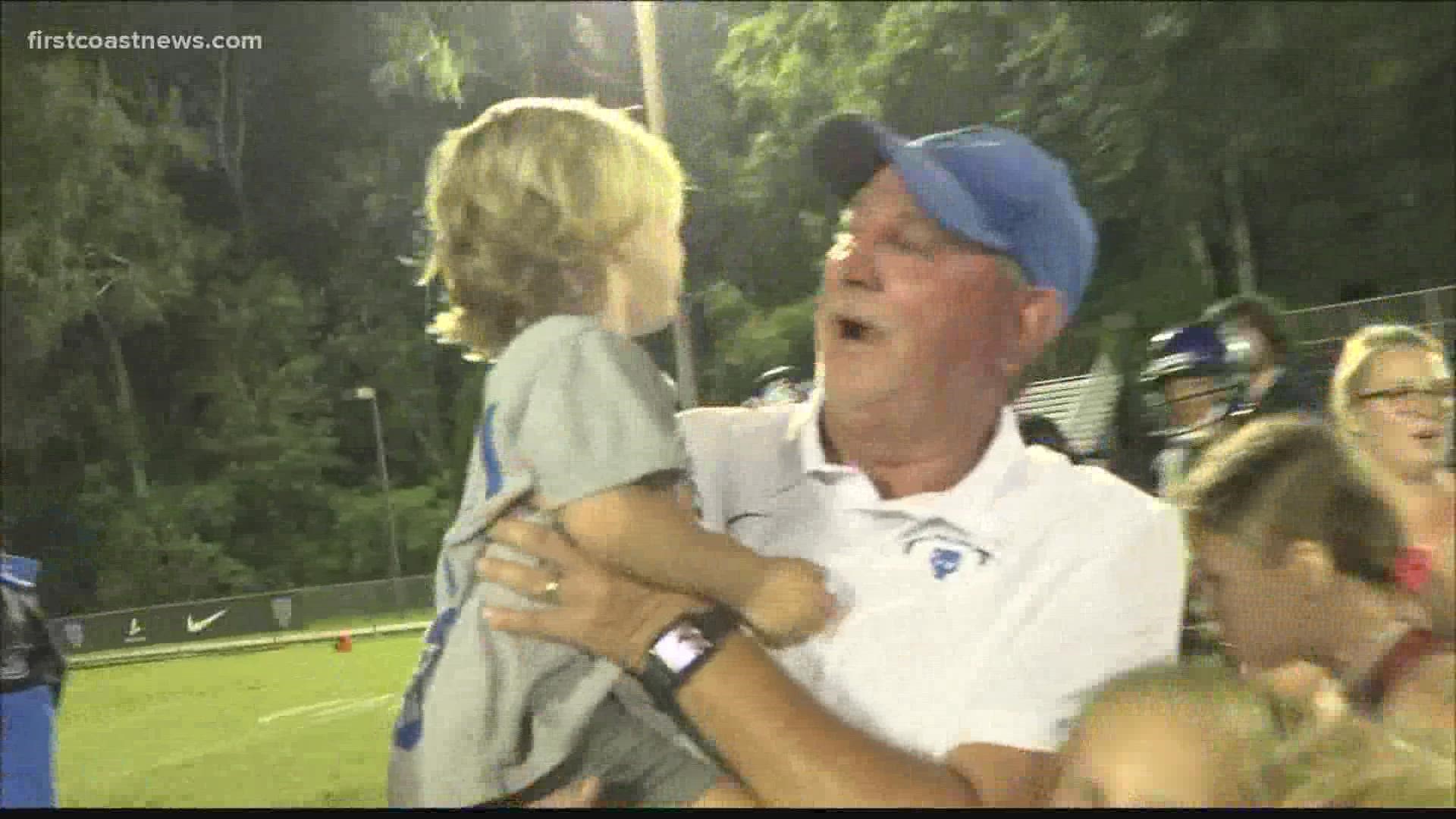 Trinity Christian's Verlon Dorminey out of the hospital, eyeing return for State Semifinals