As other states, including Florida and Georgia, try to get back, they can look to the only state to hold summer high school sports during the coronavirus pandemic 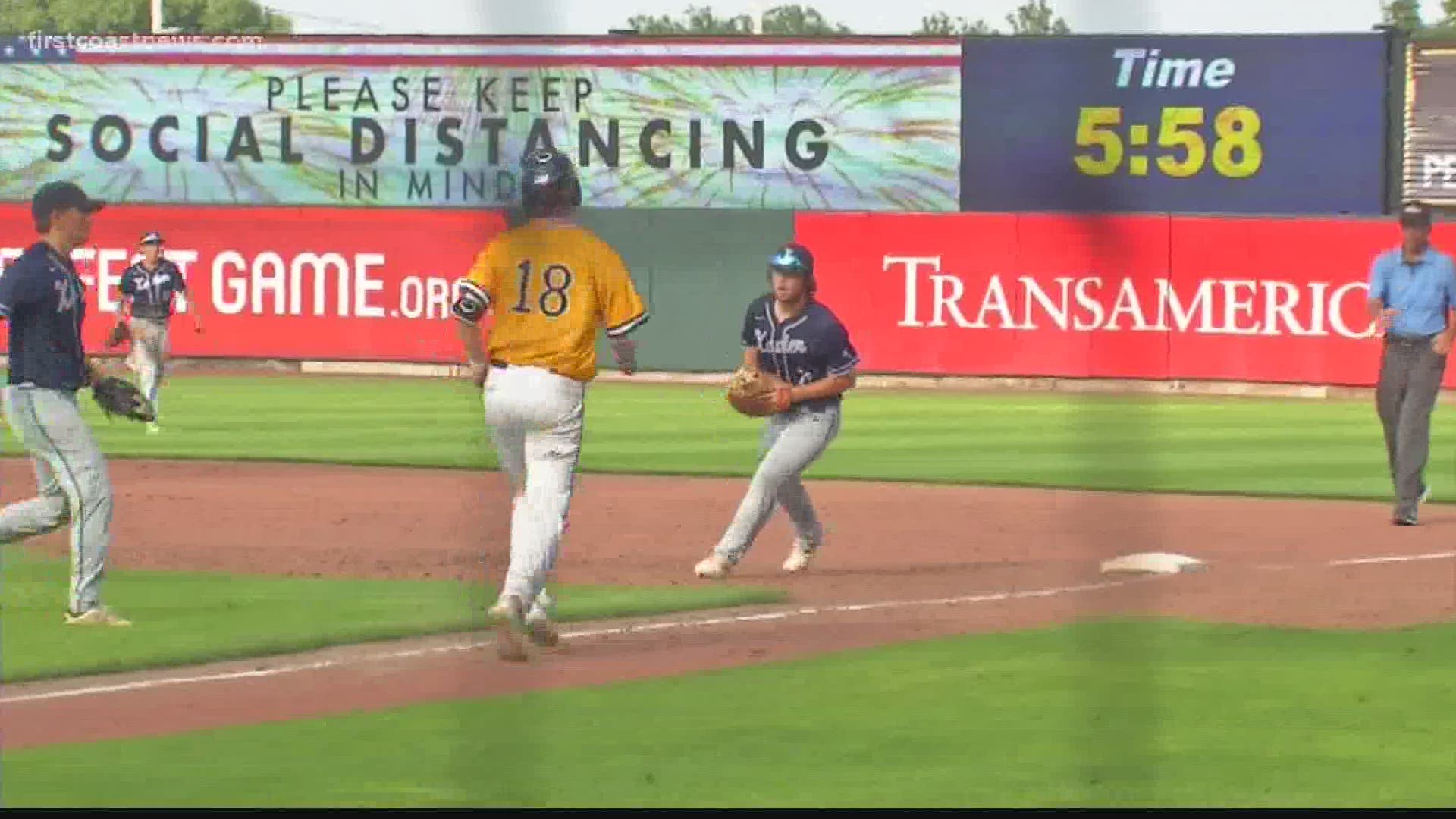 Given its role in presidential elections, the State of Iowa is used to going first.

But that has taken on a whole new meaning this summer.

Like the other 49 states, Iowa's high school spring sports season was cancelled due to the coronavirus pandemic.

Unlike the other 49, Iowa's high school baseball and softball takes place in the summer. As COVID-19 case numbers dropped in late May, that left the door open for Iowa to have a summer sports season, albeit shortened.

"You could hear the jaws of athletic directors all across Iowa drop when that happened," Cedar Rapids Kennedy athletic director Aaron Stecker said. "Everything had been there's hope, and then it goes away. We'd gotten so used to that. So were surprised by it."

Once Governor Kim Reynolds gave the go-ahead (and the IHSAA and IGHSAU governing bodies then gave their approval), the season was set to begin on June 1. Games would follow June 15.

"It was pretty hectic. It was five days of planning things out, and then we started practice. You practiced for two weeks and then you played," Griffith explained. "And heck, now we're already in postseason! Everything's just been going in fast forward."

Baseball and softball are back, but things are certainly different. Among the safety measures:

- Umpires do not keep baseballs; home team provides four baseballs to visiting team and four for themselves. Teams use the fielding teams' balls, which are kept in teams' respective dugouts.

“Games are taking longer because of [all] that," Griffith explained. "… but it’s a small price to pay to be able to play baseball."

But as the season has progressed, not all teams have been able to play. Particularly in the past few weeks, as case numbers have climbed once more in Iowa, more than two dozen softball and baseball teams have had student-athletes test positive for COVID-19 or be exposed.

And that's where the biggest obstacle of Iowa's summer season comes into play: the lack of uniform response to positive COVID-19 tests.

"If one of our kids test positive, we have to report it to the county health commission," Griffith explained. "Well, there are 99 different health departments. So what Linn County says might be different than Buchannan.

“I know a couple different teams that had the same scenario and different quarantine. One season was ended, the other that kid just sat for 10 days until he got his test back and then they were playing.”

As the postseason has begun, that's proven even more difficult; for if a team has a positive result and then needs to quarantine for 14 days, they would miss their scheduled playoff game. Thus, they must forfeit, effectively ending their season.

As of this writing, more than two dozen softball and baseball teams have been forced to suspend their season at some point due to COVID-19; in the last week, as the playoffs began, more than a dozen teams have seen their season end "not on their terms."

“We all knew it could happen and that that was a risk," Stecker said. "Frankly.. we kinda had a June 26 - June 27 over/under date of do we make it that far before they say ‘yeah this isn’t working’ and just shut it down. A lot of us would’ve been on the under side.”

But they've made it to the other side. The Iowa State Softball Tournament is scheduled for July 27-31 in Fort Dodge, Iowa. The State Baseball Tournament will run July 24 through August 1.

Now, can they stay on this side?

Both Stecker and Griffith believe a seal-tight "bubble" is impossible. But personal responsibility is a must.

"[The student-athletes] are gonna want to go to Buffalo Wild Wings. Your group of 8 or 10 are hanging out and I get that -- but stay within that group," Griffith has told his players. "If baseball means something to you and you want to make a postseason run, we have to make some sacrifices."

"The shutdowns are happening because someone in [a student-athlete's] extended family, an older sibling that's home from college and working a summer job gets [COVID-19]... gives it to little brother and sister and that team is shut down," he said. "It hasn't [spread] from Player A to Player B that I know of. So, if we could just keep them in the 'bubble,' I think we'd be fine playing sports."

But that bubble will become even more difficult to manage if students are to return to a brick-and-mortar, face-to-face school environment. While Cedar Rapids Kennedy has had 130 student-athletes in action this summer (and a couple hundred more participating in summer conditioning), Stecker estimates between the six fall sports, marching band and cheer/dance teams, there will be at least 850-900 students to keep in their own "bubbles" this fall.

Moreover, nearby Iowa City School Districts has already said it will begin the year virtually.

"I think prior to that, everybody was like, 'yup. We're going to come back in some capacity face-to-face and we're going to try to do fall sports as best we can,'" he said. The Iowa High School Association ruled similarly last week.

"I think the more schools you have going online, it becomes an interesting question, right? It's not deemed safe to be in an Algebra II classroom... but we can have a volleyball practice?"

Still, Stecker and his administration have been hosting those fall sports athletes for summer workouts with the same guidelines they're following for their baseball and softball players - and have had little to no problems.

"[I think] if come August 1, you quarantine yourself. You stay-at-home -- you come to football activities or volleyball activities only. And then we start practice on August 10... and that's who you hang out with. It's just that that's not going to happen -- and their families aren't going to do that."

Questions abound for the fall. There's still plenty of questions about the remaining two weeks of baseball and softball.

But by far and large, Iowans seem glad they stepped up to the plate.

“[The return to high school sports] had to start somewhere. And as I kinda relaxed on that, it made sense to give it a shot with baseball and softball," Stecker said.

"There were a lot of coaches against it [in May]. There were too many unknowns and we didn't know what was gonna happen," Griffith reflected. "'Are we gonna have to do so many stupid things that we're not gonna enjoy being there?' was my biggest worry.

"Then when it happened and they gave us the rules and guidelines, I looked at them. They made some common sense rules and guidelines that didn't suck the life out of baseball. And so it was worth doing all those things to play. And now I feel like it went really well, to be honest with you."

Not too shabby for "the guinea pig."

For more information on Iowa's Return to Play, visit https://www.iahsaa.org/covid-19/ .