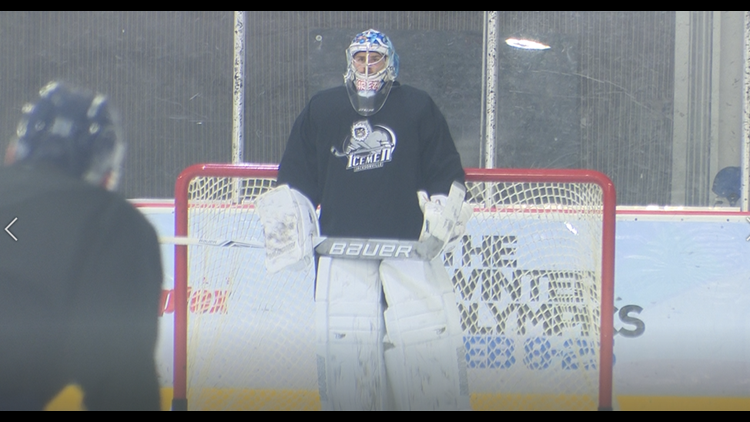 The Jacksonville Icemen began their second season Monday with their first day of Training Camp. Camp runs through Friday and is both free and open to the public.
Author: WTLV Staff
Published: 7:32 PM EDT October 1, 2018
Updated: 8:54 AM EST November 28, 2018

JACKSONVILLE, Florida — The second year of professional hockey in Jacksonville is officially underway.

The Jacksonville Icemen opened Training Camp Monday morning and will host Camp through Friday, October 5. These sessions are free and open to the public. The week culminates with the annual Black and White Scrimmage on Saturday, October 6, at 6:00 p.m. The Icemen will be at the Jacksonville Ice & Sportsplex all week while ice is installed at Veterans Memorial Arena.

The Icemen open the season at Veterans Memorial Arena on October 13, hosting South Carolina at 7:00 p.m.