The facility will include two sheets of ice, a sports-themed restaurant, e-Sports center and more. Today, Community First announced the new facility's name. 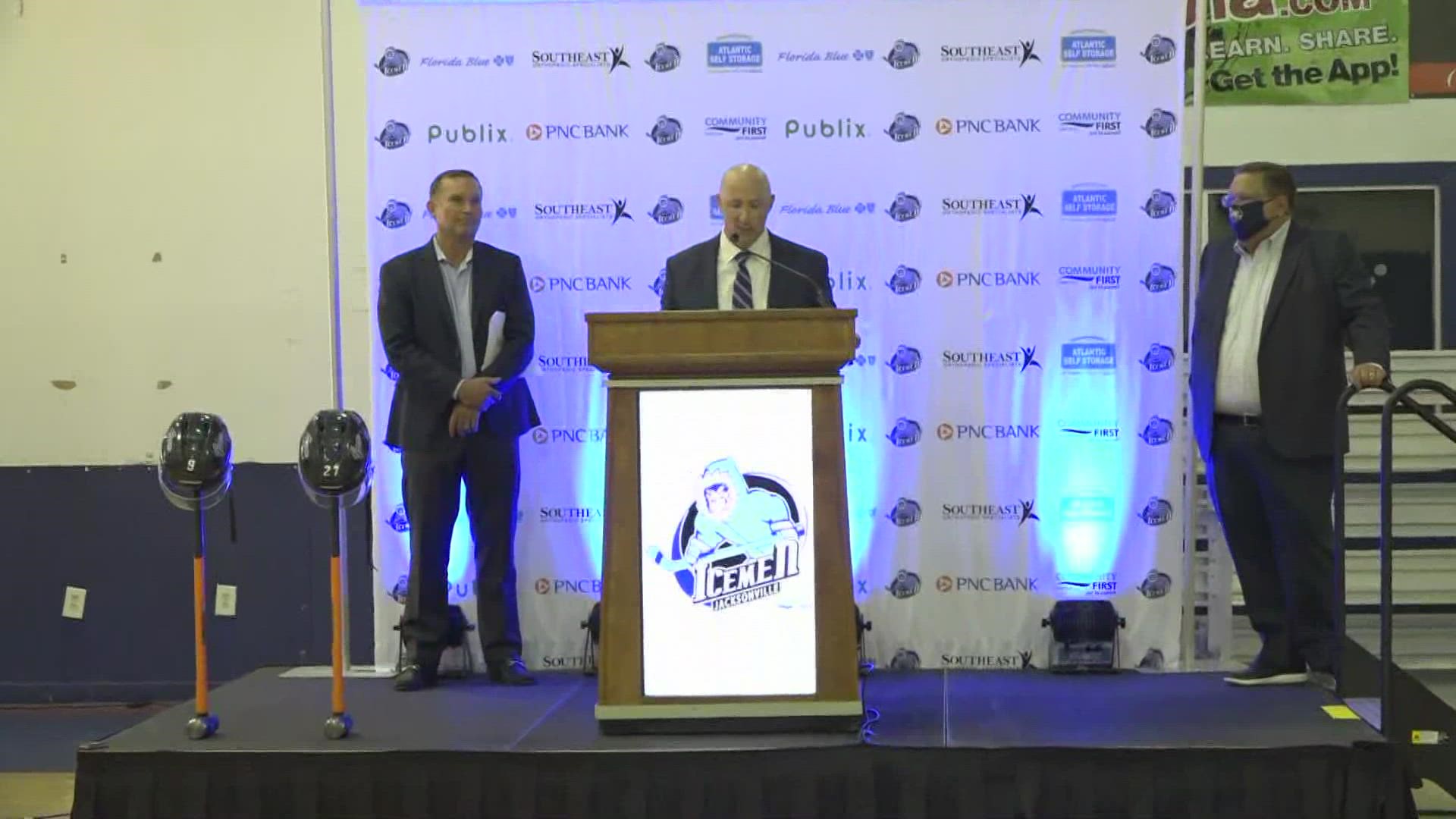 JACKSONVILLE, Fla. — The Jacksonville Icemen broke ground Monday on renovations to its new facility, which the team along with Community First Credit Union announced will be called the Community First Igloo.

The facility will include two sheets of ice, a sports-themed restaurant and bar, a pro shop, an e-Sports center and more, the team announced in a news conference at the current Jacksonville Ice & Sportsplex.

Renovations began at the facility Monday afternoon, with leaders from the team, Community First and Jacksonville Mayor Lenny Curry on hand to pick up the first sledgehammers for demolition to the existing space.

Renovations are expected to take 10 to 12 months to complete, and the facility will remain open during construction, the team said.

Community First will also become the presenting sponsor of the Jr. Icemen youth hockey programs, set to begin in October 2022, the team said. The credit union is notable among Icemen fans for sponsoring the fan-favorite Community First Fan Zamboni Experience before and during Icemen home games.

The Icemen's home opener for their 2021 through 2022 All-Star season is set for Nov. 6 against the South Carolina Stingrays. For more information, visit www.jacksonvilleicemen.com.