A coalition of community leaders gifted the school's boys and girls' teams jerseys and equipment. But this investment goes beyond this season 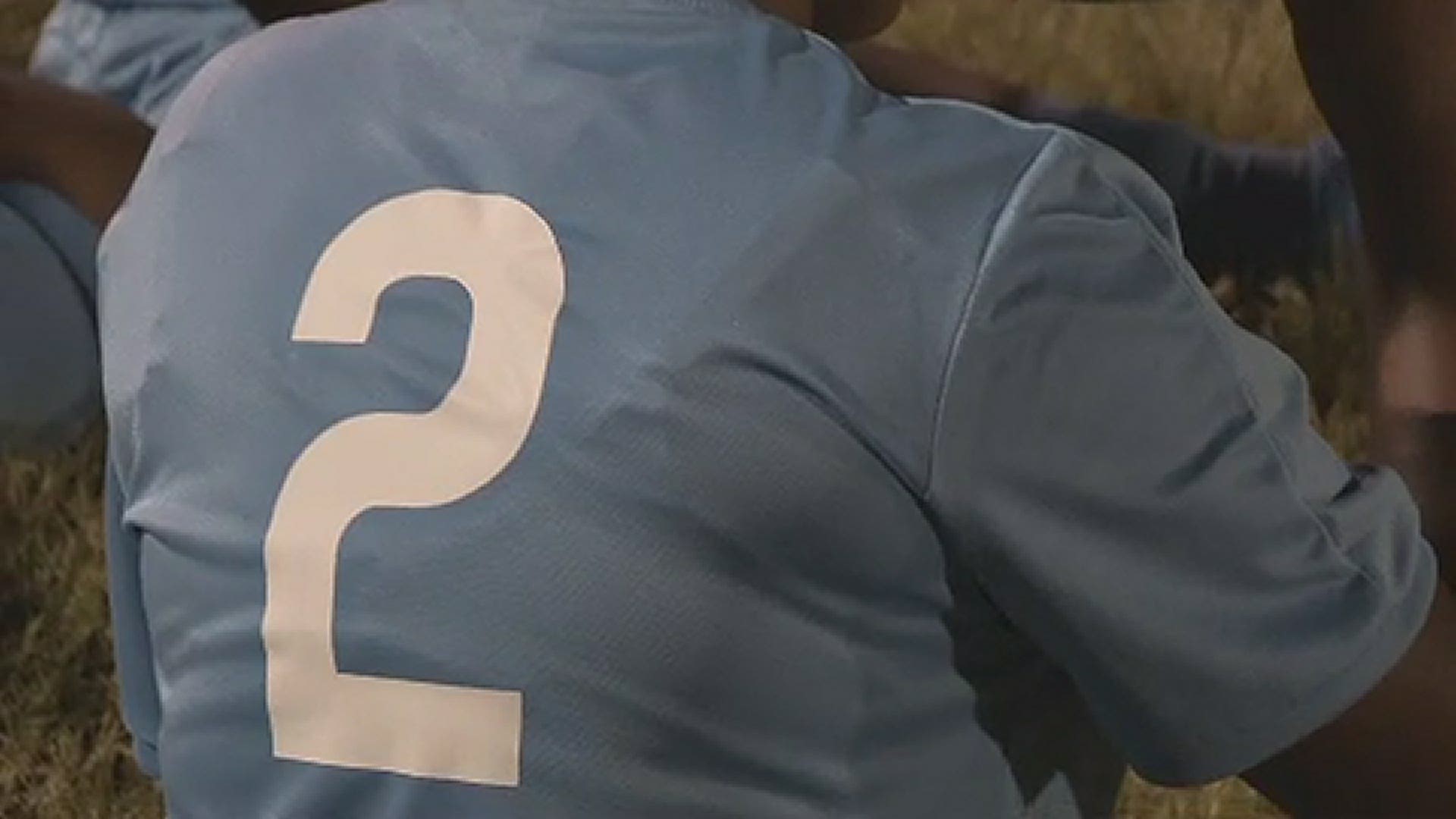 It's such a simple conundrum, it's hard to imagine it's a reality.

Ribault High School's boys and girls' soccer teams didn't have jerseys for every team member this winter. Team members purchased their own last season, with the hope of simply bringing them back the following year. But due to transfers and opt-out's, the teams have almost entirely new rosters -- and little to no jerseys.

Because of this, they were told they wouldn't be able to play a full, FHSAA schedule.

“I was like ‘hey referees! Let’s put on pinnies or green tops, something like that!’" fifth-year boys' head coach Trey Brown said. "And they were like ‘No coach. No coach.’"

Forward Janel Thomason knew her senior season was in jeopardy. She mentioned it to classmate and Ribault's senior class president, Winston Seabrooks. Seabrooks began making some phone calls and tweeted out a call for help. Jacksonville Armada president Nathan Walter was among the first to respond. The ball started rolling from there. Puma printed the jerseys at a discounted rate. Dr. Georgia Bahri of Bahri Orthopedics picked up the rest of the tab. Downtown Vision Inc. CEO Jake Gordon supplied more soccer balls and equipment.

On Monday, November 23, the Trojans took the field in their new uniforms. A special ceremony was held pregame to honor all involved. When the Trojans needed help, their community stepped up to the plate -- or, rather, the "pitch."

That's what this story is really about.

But seriously, it bears repeating. That's the roadblock that stood in the way of giving these student-athletes a chance to play?

With all due respect to the FHSAA officials -- who are simply following the rulebook set forth: that's the real problem. Just because they do not have the funds, these students can't explore an opportunity to, potentially, a brighter tomorrow.

“Quite frankly, the truth is: a lot of students who come from this area, the Northwest side of Jacksonville – we know football and basketball. But when you have a sport like soccer that some of us know – that some of want to learn to know – you have to invest that into me and my peers because we are the future," Seabrooks added.

Which is what the Armada, Bahri, Gordon and other Jacksonville city leaders did. And it's what needs to continue to happen in order to grow the game in a section of Jacksonville where there is interest. It just needs to be cultivated.

Much of that interest and early cultivation can be traced back to Brown, the Englewood High graduate and former professional soccer player himself, who returned to his hometown to help the next generation.

“The Northside needs a soccer home base," Brown said. "That’s what we’re trying to do here for the high schoolers at Ribault."

But many of the Trojans -- including Thomason -- didn't start playing soccer until they arrived in high school. That's why, over the last five years, Brown has expanded his reach. Through the S.C.A.R (Soccer Coalition Against Racism) Coalition, Brown and his team are offering free soccer programs year-round at the Bob Hayes Sports Complex to kids of all ages. Brown is committed to the Trojans of today and tomorrow -- and the future Raines Vikings, Lee Generals, and whoever else wants to play.

There are no roadblocks. As it should be.

Although Brown does admit: the "jerseys" conundrum was actually a good lesson for the greater, Northwest Jacksonville soccer community.