The heralded prospect chose hometown UNF over Power Five offers. Why? She sits-down with her BK teammate, Jasmyne Roberts, to discuss. 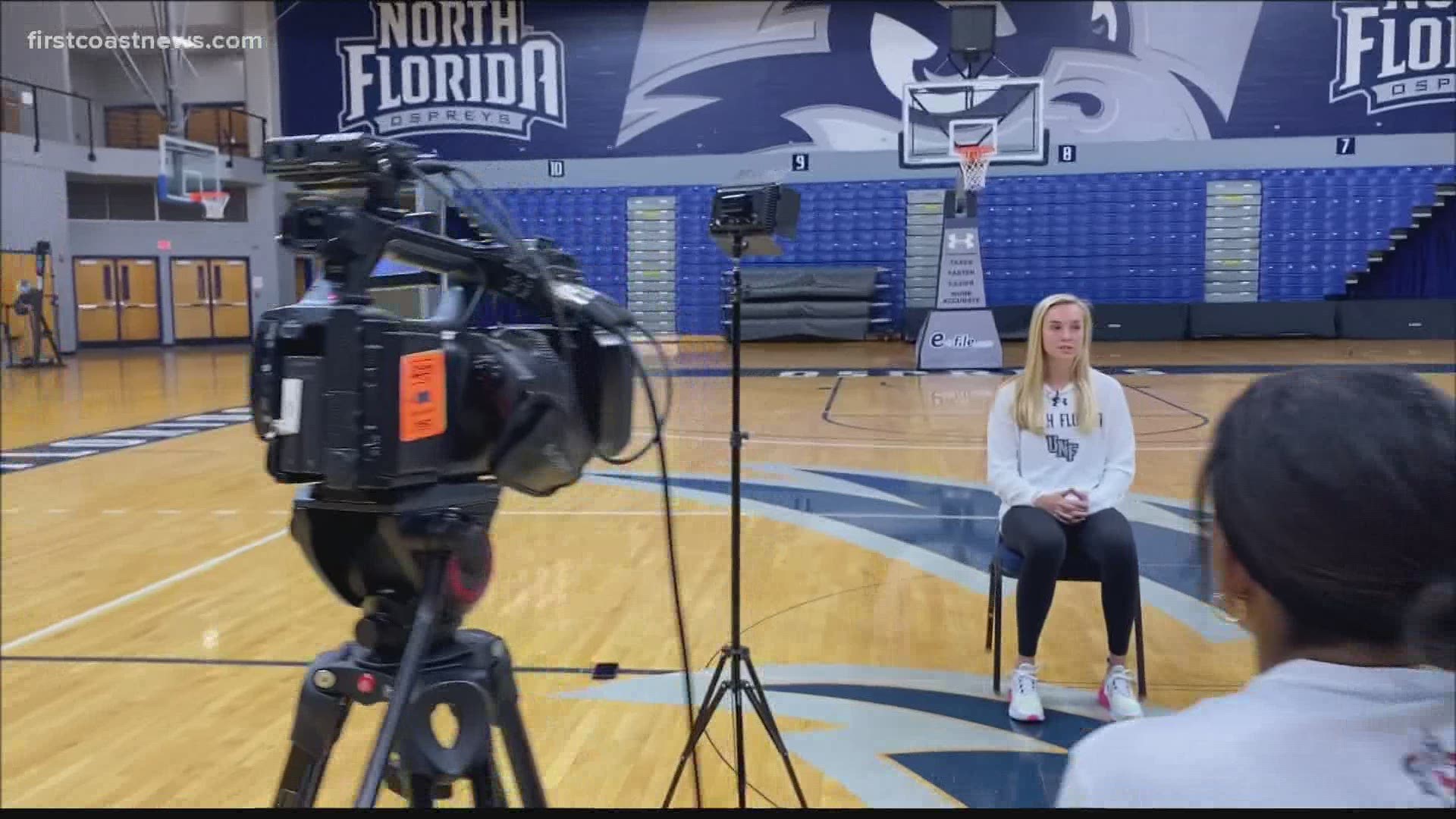 Editor's Note: In preparation for continuing her academic and basketball career at the University of Miami, Bishop Kenny senior and Florida Ms. Basketball runner-up Jasmyne Roberts has been job shadowing with First Coast Sports (she will major in Broadcast Journalism). So, to better understand her teammate and close friend's college decision, it was only fitting they go "one-on-one" one last time.

“But the recruiting process definitely changed once COVID-19 hit," Millar explained recently. "The rules changed. The extra year of [NCAA] eligibility. The Transfer Portal. Everything took a shift.

"A lot of [the 2021 and 2022] recruits scholarships were taken away because the players already at those schools were staying and taking the extra year of eligibility. The coaching staff told them: 'hey, we don't have room for you guys anymore.'"

But there was one school that always had room for Maddie.

"I was in 8th grade and I was playing on [Bishop Kenny head coach Chelsea] Clark's summer team. [UNF's] Coach [Darrick] Gibbs brought me up to his office and he officially offered me. Coach Clark knew and she came running down the hallway. I saw her through the door. And when we both saw each other, we both started crying and hugging. That's a memory I'll always have."

And a memory she kept coming back to as she made her college decision.

Writing my own story! No place I’d rather be! #Swoop pic.twitter.com/oThZjb2CTE

“Coach Gibbs has recruited me since middle school…. My mom played college basketball an hour from home and she stressed the importance of having your support system close by and what a big deal it is to play in front of your home crowd."

She'll also be a hop, skip, and a jump from her close friend and former teammate -- Jasmyne Roberts -- down at the University of Miami. UNF and Miami are scheduled to play each other in 2022, Maddie's freshman year.

Big congratulations to my sis on committing to UNF!! We talked about this so much and I’m so excited for you! From YBA in the 4th grade, to AAU, and then playing high school ball together. The bond is inseparable. My shoota forever!! ILY❤️ pic.twitter.com/NrVnjpBbkG

But for now, the focus turns back to Bishop Kenny and making it to a fourth-straight, Final Four.

It’s been a long time coming for Maddie Millar, but she’s found her home… at home.