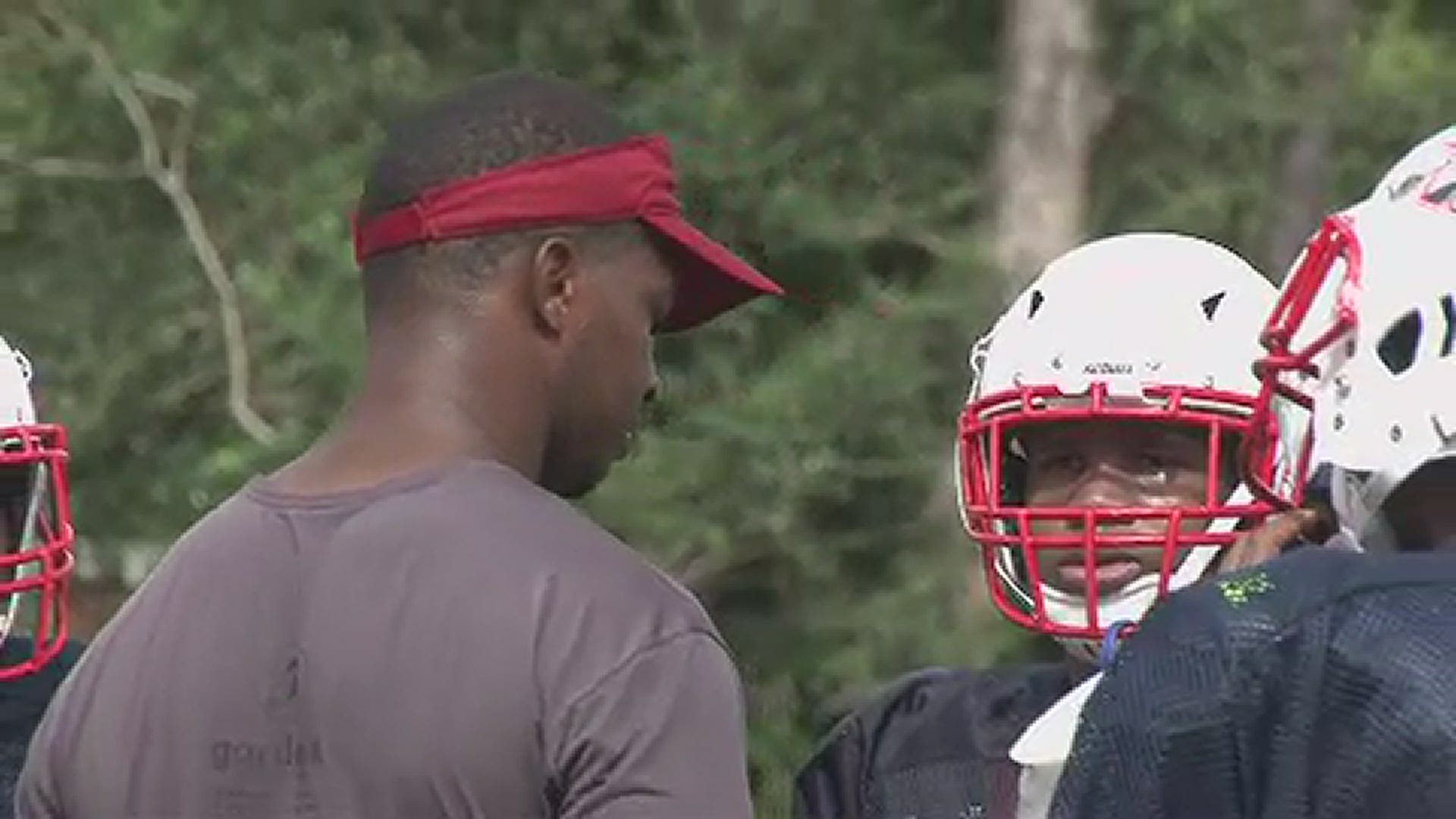 When longtime assistant coach Franchot Allen came to North Florida Educational Institute from Trinity Christian Academy, he knew he was in for a challenge.

“I’m the sixth head coach in six years. That right there let’s you know a lot," Allen explained at a recent practice.

Beyond trying to create a culture of consistency, Allen has taken over a program that has not won all that much: the Eagles have won just 10 games over the last four years. Allen, meanwhile, won numerous State Championships with Trinity Christian as a player and coach, as well as playing for the West Virginia Mountaineers of the late 2000s in college.

“I don’t think I took this many L’s since my first or second year of Pop Warner," Allen chuckled. "But it really teaches you patience. You [have to] understand it’s a process, and at the end of the day, it’s not where you start: it’s where you finish.”

It's only been a few months, but his Eagles are already buying in to that mantra.

“[We're] traditionally a basketball school. They’re literally building from the ground up," junior lineman Kiison Kennedy said. Kennedy transferred to NFEI specifically to be coached by Allen. "We don’t have as many players as other teams, so that means we just got to work harder, condition harder, and they make sure we get that work in."

Key word there being 'they' -- because Allen isn't doing this alone.

“When I first got offered the job, it was kinda like, ‘let me see what my brother’s gonna do first,'" Allen recalled, smiling.

“Honestly, it was ‘no,'" Scott laughed when asked about his brother's initial sales pitch. "I thought I was done with coaching the high school game, being as I coached before and then took a couple years off. I kinda got away from it.

"But I just wanted to help my brother get on a good track, starting off.”

Allen says coaching alongside his older brother is an "honor" and a "dream come true." Being four years apart, their playing days at Trinity Christian never overlapped.

And, more importantly to these two Jacksonville-natives: coaching in their hometown.

“I’m from Jacksonville. It means a lot to be here helping our kids," Scott said.

It's why those early losses have hurt even more -- and why Allen and Scott are determined to right the ship at NFEI.

“A lot of these kids have been coming to this school since, shoot, sixth grade? That's a lot of losses," Allen explained. "Just developing them and hopefully we can start winning a few more games at that.”