At long last, with some help from the city of Jacksonville and Walk-Off Charities, the Generals have a home ballpark 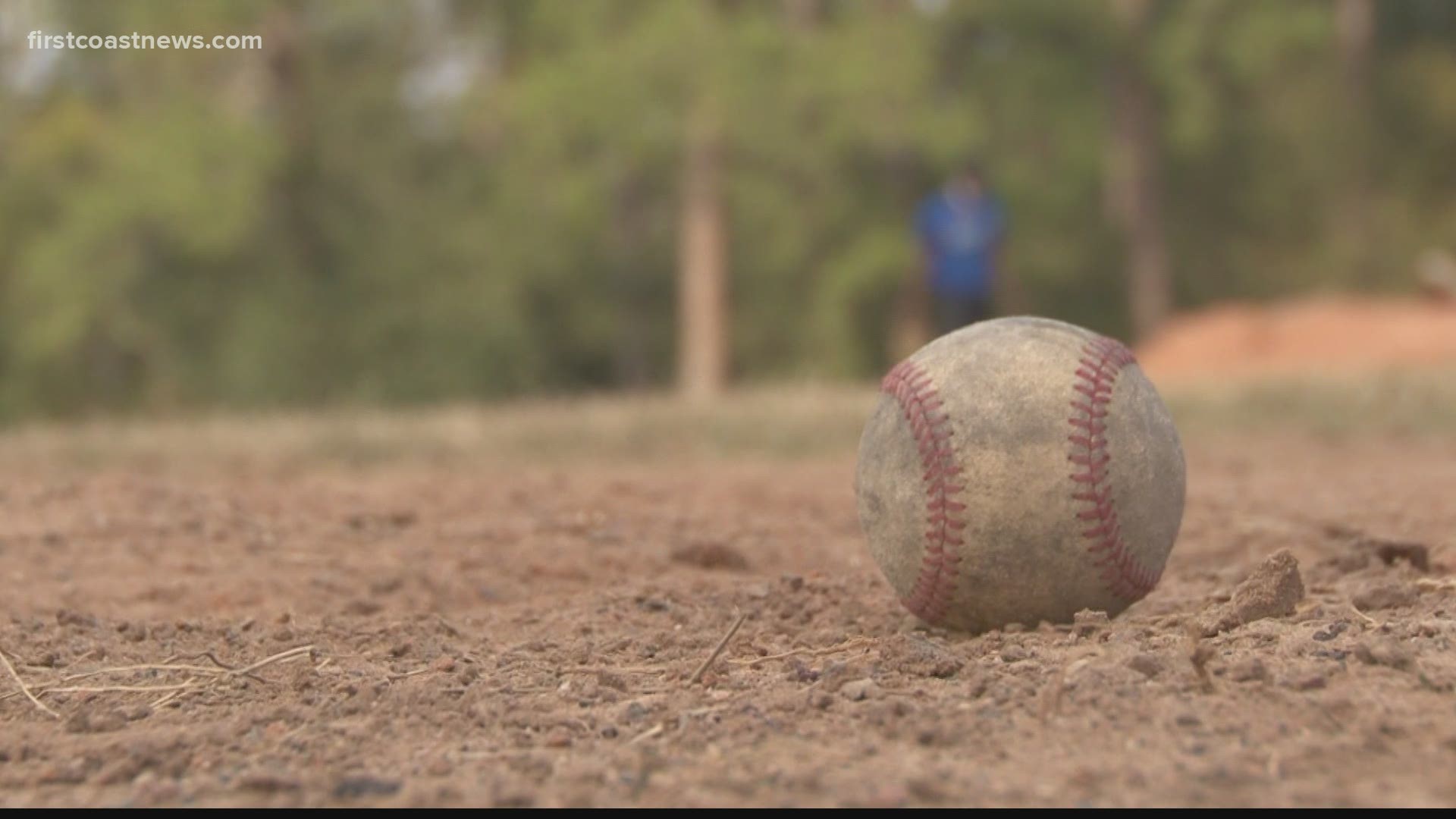 Cory Goff knew the score before he accepted the head coaching position at his alma mater, Lee High School.

"I knew there were no baseballs. No uniforms. No bats. No field, obviously," the former UNF baseball player and 2015 Lee High grad smiled.

Yes, you read that correctly: the Generals have not had a home field in recent memory. They would practiced on a 12U Little League field at Murray Hill Park, but all their "home" games were played at their opponent's field.

"It's different knowing you have to travel to every game. It takes away from preparation time," senior pitcher David Herring said. "It's tough."

"You're never favored in any games," classmate Jonathan Robinson added. Robinson is also a stand-out football player and signed to attend Elon University on a football scholarship earlier this month. But he says baseball remains his favorite sport.

"We don't really get a lot of baseball recruits. We don't get a lot of good looks. They look at [Lee] as a football or basketball school. Baseball's really down in the gutter."

It was something Goff noticed while working at his collegiate alma mater, North Florida.

"[For recruiting] you would go to these same, exact schools every single time. The ones that had talent," Goff explained. "When Frank Frangie started Walk Off Charities, that's when I found my purpose of why I wanted to be in baseball... that's when I kind of realized that kids are growing up and they don't have access to the game. They don't have access to the equipment. They can't go play park ball -- whether it's financial wise or they don't have the equipment."

A combination of factors led him back to his other alma mater, Lee High School, over the last year.

Once there, he swung for the fences.

Goff reached out to Frangie's charity, the city of Jacksonville, and dozens of local businesses. The group settled on Woodstock Park on the Westside, which had been overrun by crime and, subsequently, sat unused for the past seven years. The city has worked to restore the baseball field; the Generals held their first, full-practice on Thursday, February 4. Weather and a slow-down in construction has forced the Generals to relocate for their first two weeks of games.

But they have the field. It's within their grasps.

"I know as a senior, not being able to play on my Senior Night. Not being able to play in front of my classmates. My friends, and family -- we were on the road every single game," Goff said. "I think now [my seniors] are starting to realize this is a reality. They can go play in front of their Lee classmates. Their friends can go to the games. Their parents, who all live around this area, can come out and support them."

Because as much as this project started with the Generals: it's really about their community.

"My parents didn't really play baseball. But just knowing that I'm here, I'm starting it. And I can pass it onto my kids and more and more [generations]," Herring reflected.

"I walk up [to the field] and it gives me joy. It gives me opportunity," Robinson said. "I've never really had this as a high school player, so I'm gonna take pride in it. I'm gonna make sure me and my team take care of the field for future generations and for us this year."

At long last, Lee finally has a home-field advantage.