In their third championship game appearance, the Lions go toe-to-toe with nationally-ranked OCP, but couldn't keep pace down the stretch 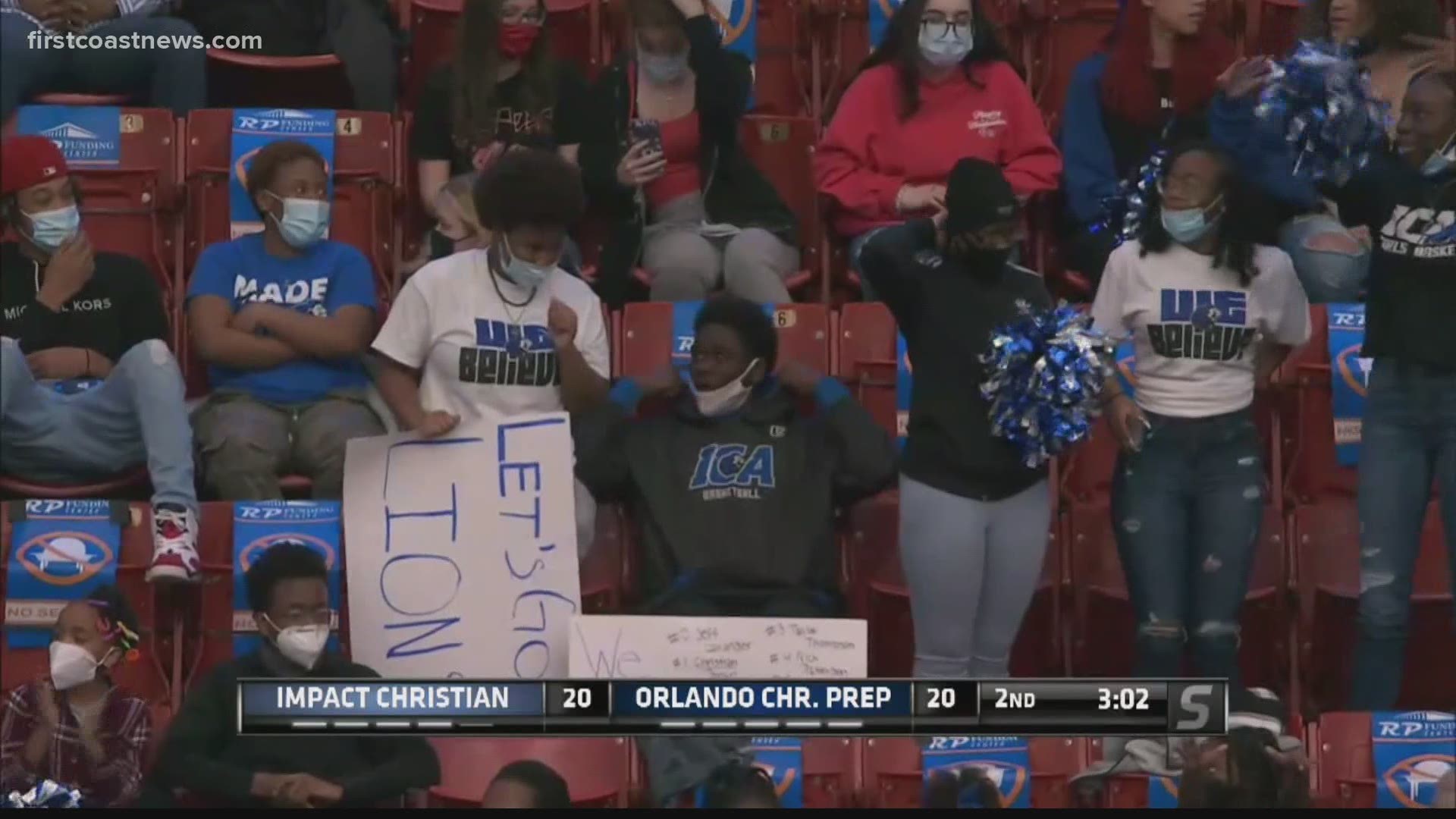 For the third time in its short history, Impact Christian fell in the Class 2A Championship game, falling 51-32 to nationally-ranked Orlando Christian Prep at the RP Funding Center in Lakeland. The last team from the First Coast to win a title was Bolles in 2016.

This was the second straight year OCP knocked off the Lions (20-9), although Impact trailed a mere 28-21 at the intermission -- and that was only after OCP finished the second quarter on an 8-0 run. Unfortunately, the Lions only made one basket in the fourth quarter, as OCP pulled away for their ninth, FHSAA State title.

Ivan Lawson led the way for Impact Christian with 17 points and seven rebounds. Taylor Thompson added 10 points for the Lions.

Andrew Jackson and West Nassau were the other two schools from Northeast Florida to qualify for this year's boys' basketball Final Four. Both fell in the state semifinals earlier this week.