The Georgia Professional Standards Commission says the Propst case is in the due process stage after finding cause to discipline the former coach. 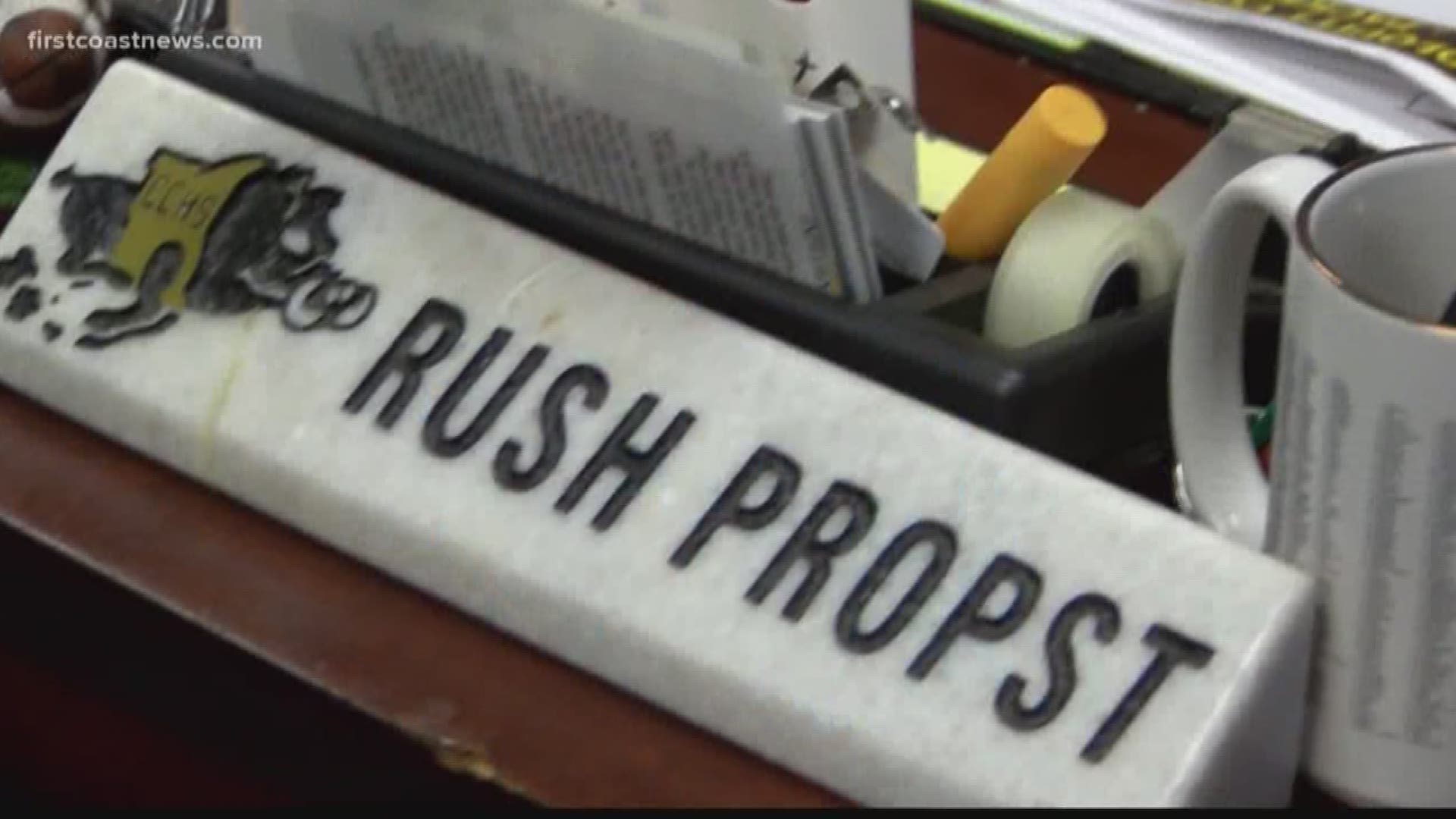 JACKSONVILLE, Fla. — The future of one of Georgia's most well-known high school football coaches is coming into focus.

Rush Propst brought state championships and the national spotlight to his program at Colquitt County High School. His methods, however, are the subject of a state investigation which may result in punishment.

Propst appeared before the Georgia Professional Standards Commission in June. The commission said it found cause to discipline the former head coach and is now in the due process phase of the investigation.

Propst was previously reprimanded for head-butting a player and in a letter sent by a parent, Propst was accused of giving a prescription drug to an injured player. A school board investigation said Propst continued dispensing pills to players through this past year.

In a statement from Propst’s lawyer sent to NBC affiliate WALB, Kelley O'Neil-Boswell said, “We will vehemently contest the allegations made against Coach Propst," adding that in a future hearing, "evidence from all credible witnesses can be fully and fairly examined."

We attempted to reach Propst directly, but our messages were not returned.

Jacksonville attorney Peter Goplerud is not associated with the case, but does have experience investigating complaints against athletic departments. He said issues like this are not just in small towns with football championships on the line.

"I don't think this is necessary a situation that is unique to a small community," Goplerud said.

Propst was fired as Colquitt County High School's head football coach and at the end of the school year, the district did not renew his teaching contract.

Goplerud said this could be a teaching moment for school districts.

"I think this presents an opportunity for the school districts to evaluate those procedures and maybe find an outside consultant," Goplerud said.

A representative from the Georgia Professional Standards Committee said there is no timeline on when the Propst case will be closed.