Coach Christopher Foy says “It’s allowed our kids to understand hey appreciate the opportunity. Make the best and make the most of it." 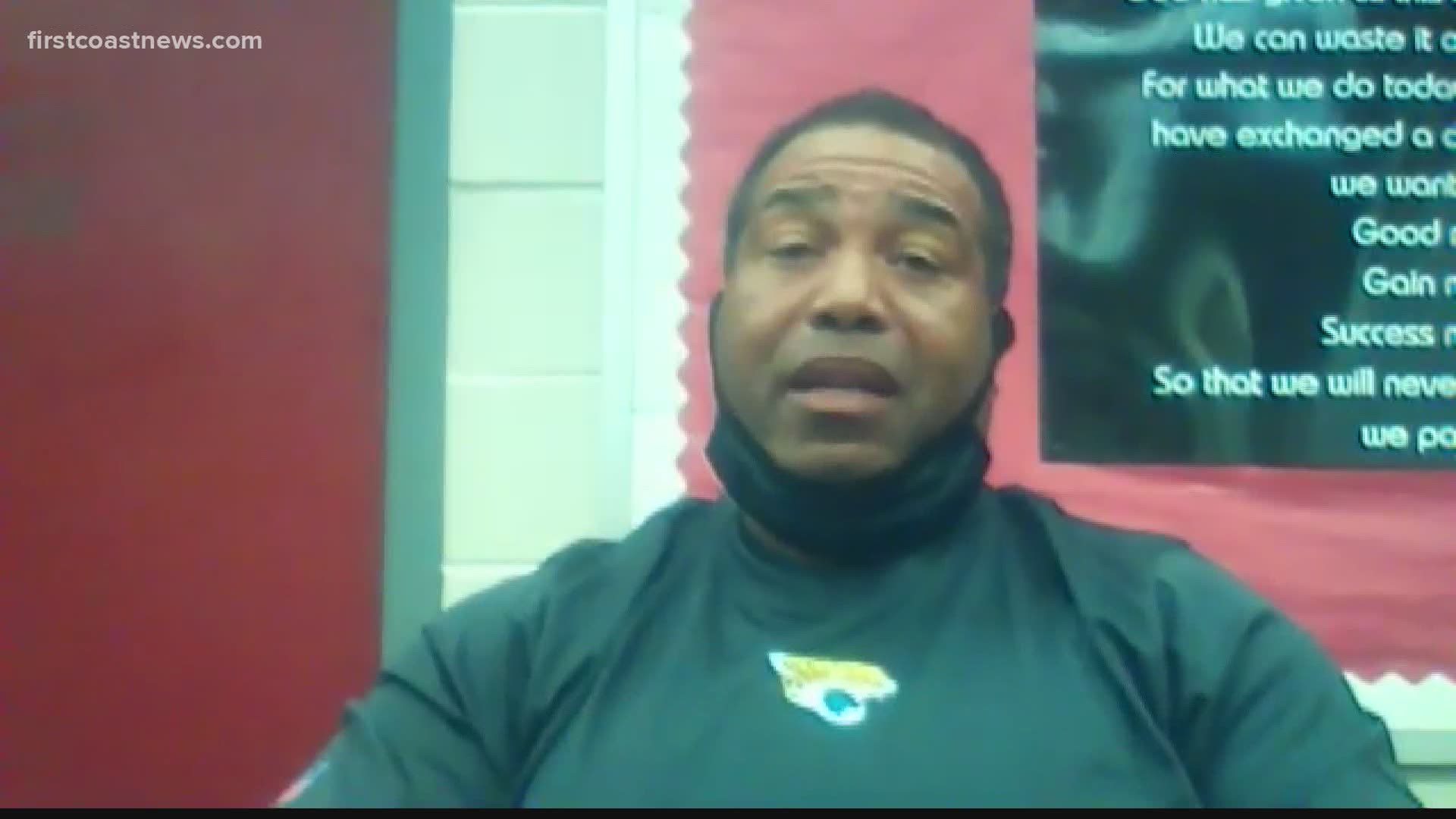 JACKSONVILLE, Fla — Duval County high school football players will be back on the field with their first game of the season: Andrew Jackson Tigers versus Englewood Rams. High school football has adapted to the pandemic with new protocols in each district and by the FHSAA.

In Duval, the roar of the crowd may not be as loud this season. Crowds are being limited to 30% capacity. Athletic Director Tammie Talley says you’ll need to wear a mask to enter and leave the facilities, but she says if you're able to social distance in the stands then you can remove your mask during the game.

“This is the safest way to do it and to me that’s a positive," says Andrew Jackson's football coach Christopher Foy. "I mean we can’t help the condition the world is in right now. We can only respond to it.”

Foy is choosing to see the bright side during his first season coaching at the school.

Talley says they are taking temperatures of players before practices and games, limiting capacity in the locker room, reducing contact by selling tickets online, requiring coaches to wear masks on the sidelines and more.

High school athletes are learning how to tackle real world problems this season as they are faced with new regulations & uncertainty. @DuvalSchools football coach Christopher Foy says “We can’t help the condition the world is in right now. We can only respond to it.” #GMJ pic.twitter.com/WJLbIavN81

“We just ask that people be patient with us and we are going to do the same with them and understand that we are just trying to keep everybody safe," Talley said.

Foy says this season is teaching his athletes how to tackle real world problems.

“It’s allowed our kids to understand hey appreciate the opportunity. Make the best and make the most of it because unfortunately this could be the end of our season any day," he said.

Talley says protocols need to be followed off the field, too.

“We have a very strict controlled environment when you’re with us and if you want to continue to be with us, then you got to make those good choices outside of school and athletics," she said.

Foy, a longtime teacher, is enjoying the new way of hands-off coaching.

“You’re forced to teach more. For me, the feel has become more like a classroom," he said. "I spent most of my time in my first 25 years as a science teacher. So to adapt to a slower method of coaching was actually kind of refreshing."

You can purchase tickets for all Duval County sports at GoFan.co.

RELATED: In the wake of Ahmaud Arbery's death, Brunswick Pirates are playing with a purpose