At least one person killed following crash in Jacksonville Beach 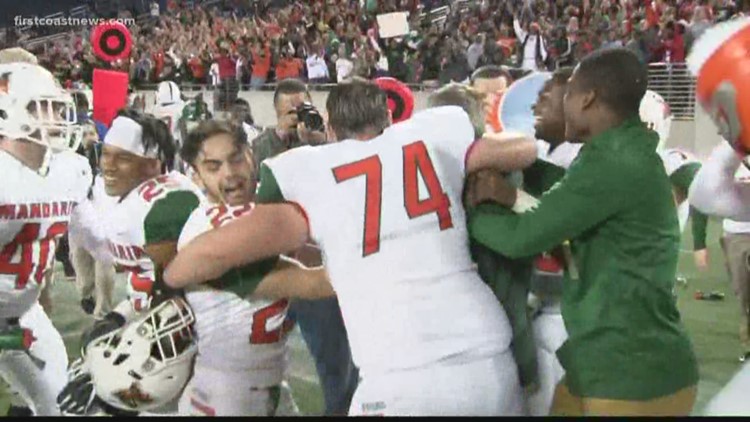 For the first time in 12 years, football state champions will not be crowned in Orlando.

The FHSAA announced Friday that all eight, high school State championship games will not be played at Camping World Stadium in 2019, 2020 and 2021. Instead, the Class 1A to 3A finalists will play at Gene Cox Stadium. The Class 4A to 8A championships will be held at Daytona Stadium.

“After listening to feedback from our membership, we felt having two locations stretched out over two weeks made the most sense,” FHSAA Executive Director George Tomyn said. “This new schedule gives families and fans the most flexibility when it comes to supporting their student-athletes and we are thrilled both Visit Tallahassee and DME Marketing made this possible.”

Daytona Stadium previously hosted the championships from 1989 to 1990 and from 1993 to 1996. Gene Cox Stadium hosted the 1986 Class 3A Championship. It's the first time multiple locations will be used since 2005.