Jacksonville's only two recipients of Florida Mr. Basketball award discuss their success and their future 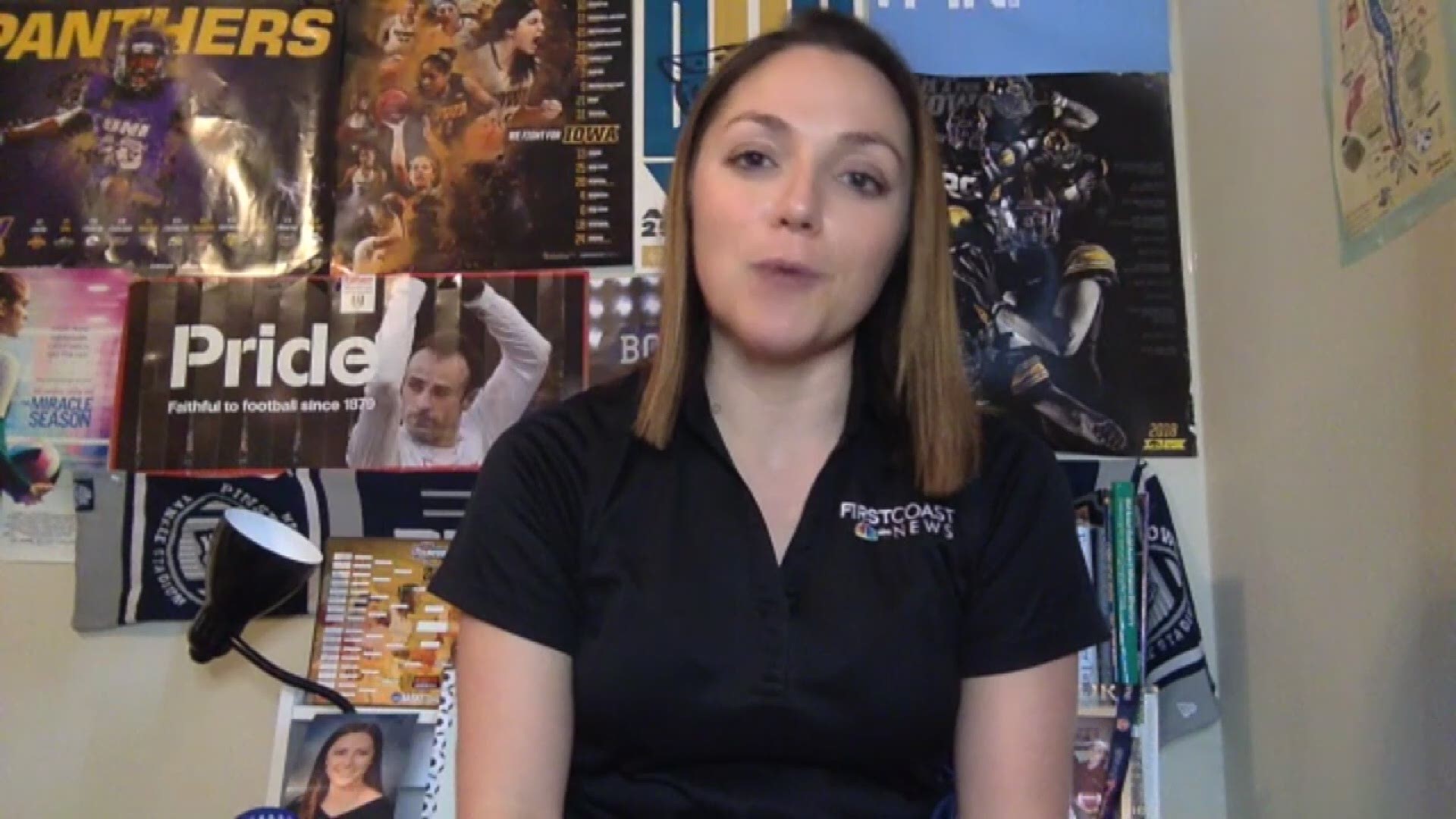 No, not that he was named Florida Mr. Basketball 2020. After looking at the other “Players of the Year” selected in each classification and crunching their stats, he figured he had a pretty good shot at the award.

Adams couldn’t believe he was only the second player from Jacksonville to ever win the honor.

“I didn’t know he was the first, and I would be the second. I never looked at it like that – because I had no idea,” the Paxon senior explained.

“He” is James Collins, the former Andrew Jackson and Florida State stand-out. Collins was the first Jacksonville native to earn the state-wide honor back in 1993. Collins is now the head coach at his alma mater – Paxon’s rival school.

He was also just as surprised as Adams.

“I thought a few other players from here had that title as well,” Collins said of the honor, which has been given annually since 1983. “I’m just happy for [Adams], the [Paxon] program as well. [Head coach] Toby Frazier is a great friend of mine… and actually, Toby was my assistant at Jackson.

“And when he took the job at Paxon, I was just really excited because he and I always talked about bringing the programs back to where they were.”

Collins and Adams agree: while the individual awards are nice, that’s been the biggest honor of all.

Their schools have helped put Jacksonville basketball back on the map.

“Seeing [Adams], my kids, and there’s some other schools. Lee [High School] is another one that’s been coming up lately. As a whole, I see the city growing,” Collins said. “I just think the younger generation needs to tap into what the older generation has done and move it forward.”

Both Jackson and Paxon played in their second straight “Final Four’s” this winter. Jackson was making its first appearance since 2002. For Paxon, it was their first trip to the State Semifinals since 1964.

The two have gone head-to-head plenty of times, too.

“Every time we play them, it’s a packed gym. Everybody wants to see the Paxon vs. Jackson game,” Adams said.

Adams will be headed off to play college ball this fall, and he’ll add another “first” to his resume: he is the first Florida Mr. Basketball to ever play at UCF.

Despite having played for in-state rival Florida State, Collins was more than willing to provide some advice.

For Collins, it was never about the awards – even Mr. Basketball.

But looking back on his accomplishments now, the awards do merit some meaning. He hopes Adams one day feels the same way.

“You know, I don’t play [basketball] anymore. The game has been taken away from me. You enjoy it more because you can’t do it now,” the 47-year old laughed.

And as he reflects back, Collins knows he’s a small part of Jacksonville, basketball history. So, too, is Adams.

Rivals on the court, they’ll forever be tied together as Duval’s Mr. Basketball’s.