The principal of Englewood High School responds to concerns raised by parents after videos show a string of fights breaking out at the school. 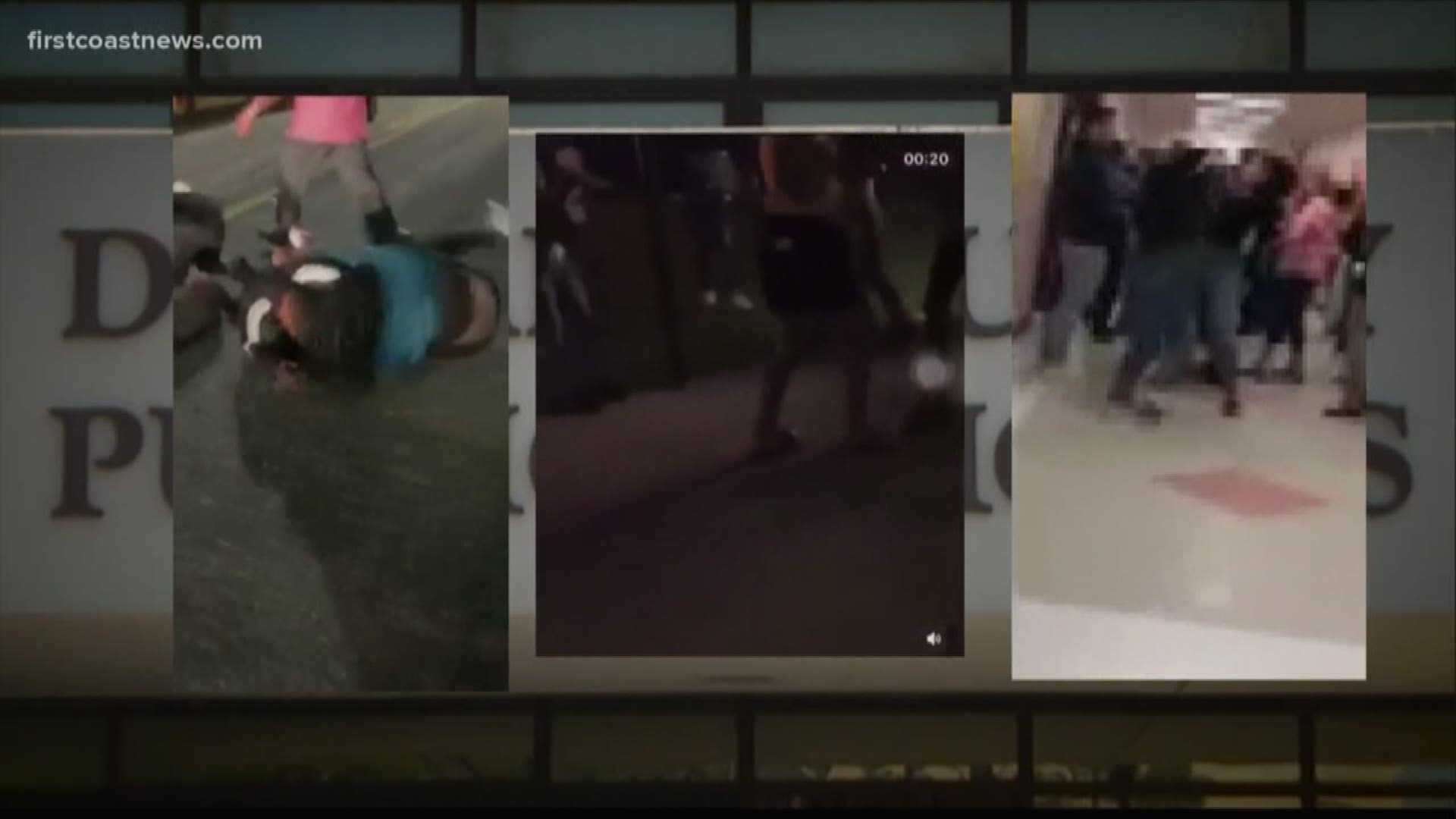 Parents are asking Englewood High School staff and Duval County Public Schools to do more following a string of fights in recent weeks.

One of those parents is Tiffany. We are choosing not to release her last name for fear of retaliation against her daughter.

“I want something done about it, my daughter was physically assaulted at Englewood High School," she said.

The mother said her daughter suffered cuts and scrapes to her face and neck from three girls that jumped the teenager at Englewood High School Monday morning.

The mother said the attack, which was captured on video, came a week after another physical altercation involving her daughter.

“I’ve been to the school board several times about these incidents at the school and I haven’t gotten any response from them, the only thing I keep getting told is that its mutual combat between the kids," Tiffany said.

The mother disagrees and is concerned for all student’s safety as other videos have surfaced showing fights on campus.

“Up until this news story, I have not been approached by anyone concerned about this being a wide-spread issue," Englewood Principal Sara Bravo said.

Bravo said there has been an uptick in fights at the school in the last three weeks. The district could not provide an exact number by our deadline.

Since the fights appear to be related, Bravo is looking to do something different than add more school police officers.

“I don’t think that the answer to this is to put more security guards or more police at our school," she said. "I think it’s about teaching students how to problem solve, how to resolve conflict without escalation to physical violence.”

Bravo says the school is working with staff and students to make sure that happens.

Specialists are expected to come into the school to discuss those plans but that is not an answer that is satisfying to Tiffany. She is still left looking for more security at the school.