Spring football preparations would've been underway for University Christian, many other Florida schools 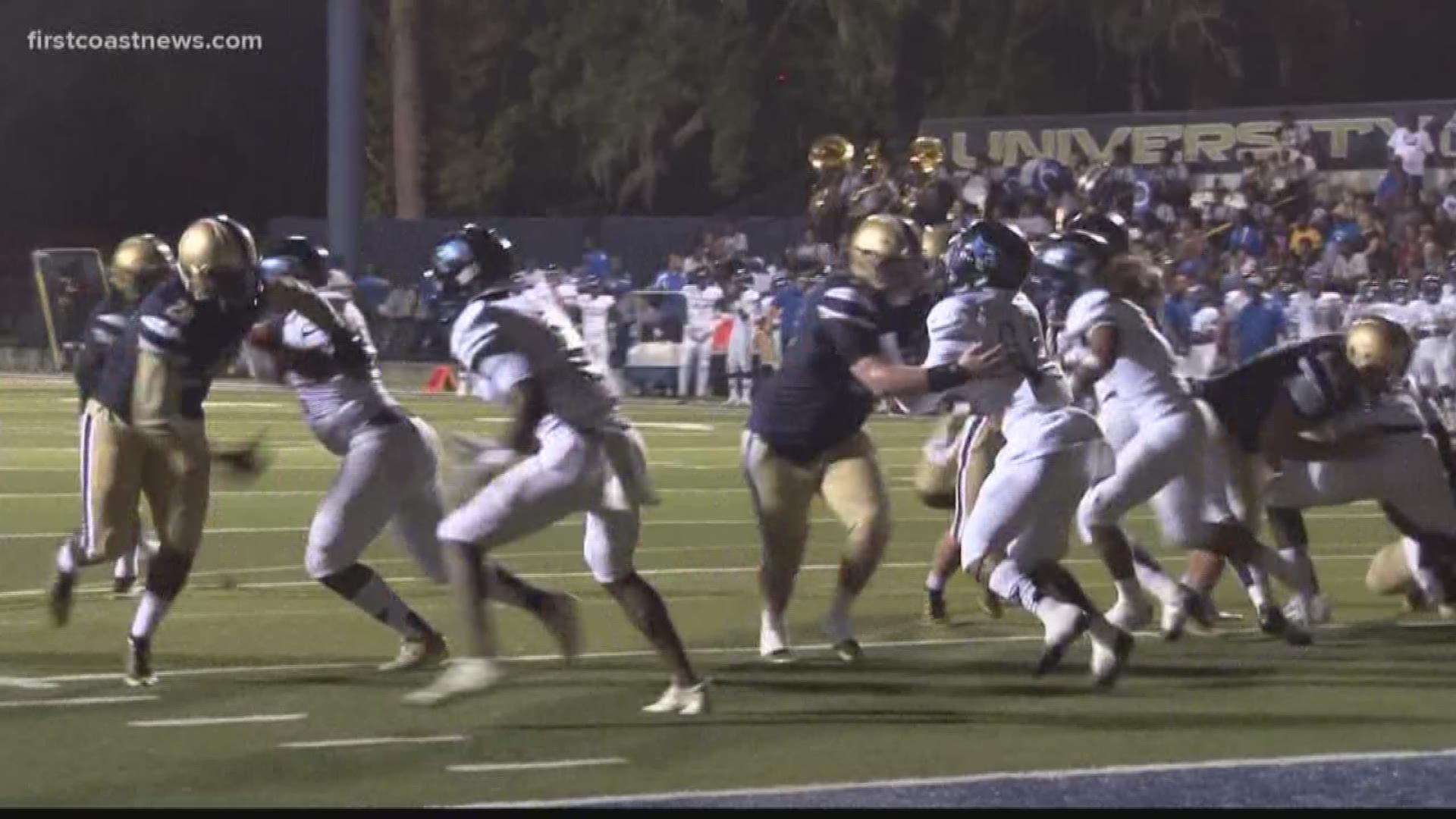 High school football coaches would have been preparing for spring football practice; it was slated to kickoff April 27th.

This time last year, University Christian head football coach David Penland would be making sure his players were working out in preparation for spring football practice. But this year, Penland, along with other coaches from around the First Coast, are having to adjust to the new norm.

“Just planning for the unknown just so we have our ducks in a row -- if school comes back May 1st. Or whenever they decide to come back. We've got a plan for that, if they say no," Penland said.

Coach Penland feels like most high school football coaches: that COVID-19 has created an uncertain future. But he remains optimistic.

“I pray every day we're going to get through this. I know the good Lord is going to take care of u,s and we just go to keep pressing forward and moving on," Penland said.

For the last seven months, Penland’s mind as been pre-occupied by his 7-month old son.

“Thank the good Lord for him because I'd probably be going stir crazy. He's seven months yesterday, and he keeps us wide open. He's up. He's usually asleep. He’s smiling talking," Penland laughed.

Penland’s wife, Ciara, an emergency department nurse at Shands, has already given him the playbook on healthy habits.

Penland said she stayed on him about washing his hands. He says he’s probably washed his hands more now than in his entire life. Plus, they’re making sure they wipe everything down daily.

Penland also added that he’s so appreciative of his wife’s colleagues because without them we wouldn’t survive this crisis.

As for his players, Penland says they started online school two weeks ago, and he split the team up with their position coach. The coaches check on the guys to make sure they're doing their class work.