BK comes up just short against national-power Lake Highland Prep, while the Yellow Jackets struggled in their first Final Four since 2001. 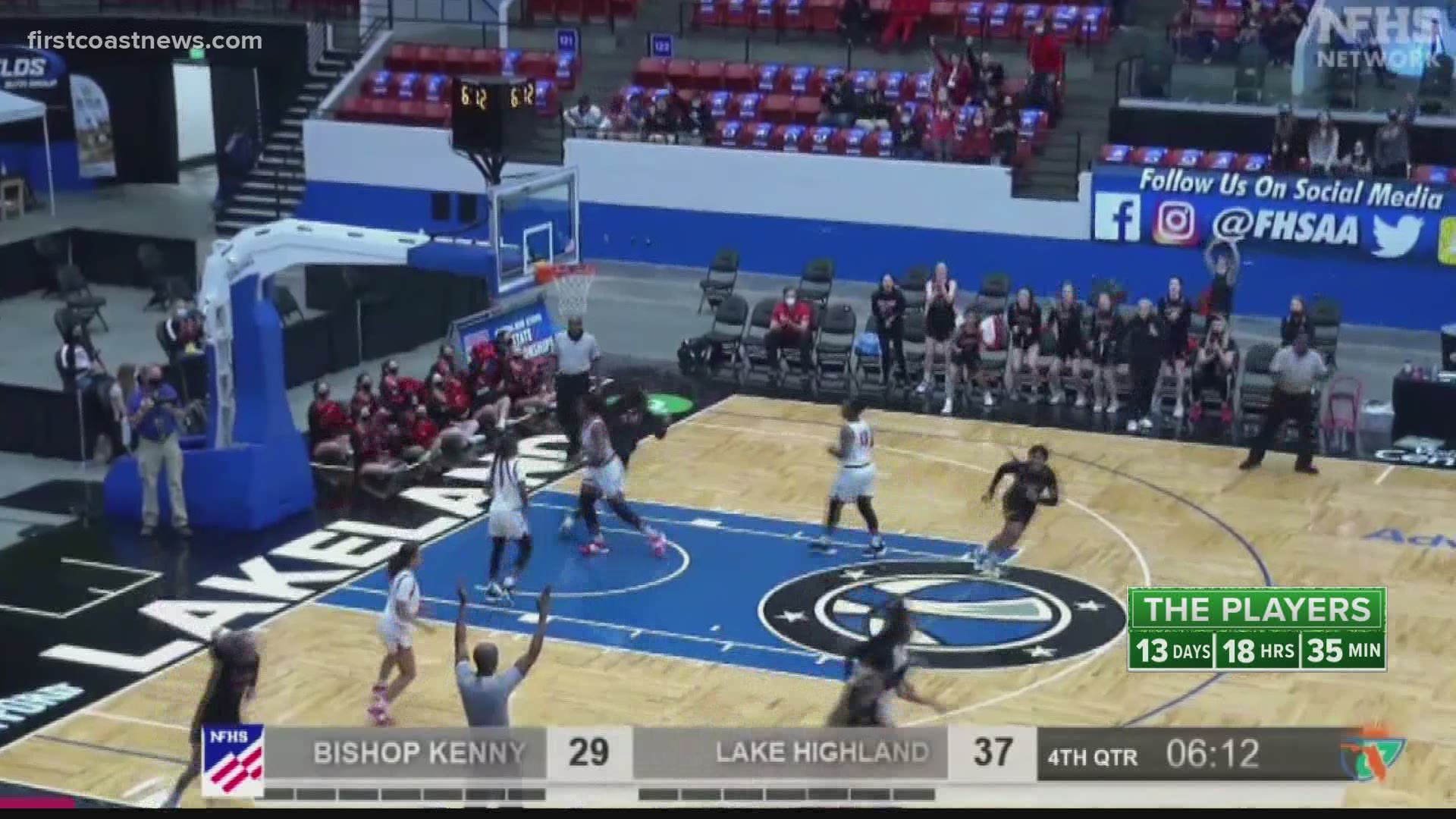 Day One for area teams at the RP Funding Center in Lakeland began with a heartbreaker for the powerhouse, Bishop Kenny girls' basketball team. Making their third-straight trip to the Final Four, the Lady Crusaders (20-10) hung with Class 4A defending champion Lake Highland Prep (18-0), the No. 2 team nationally. Twice BK rallied from down double-digits, cutting it to three in the second quarter and five with three minutes to play -- after being down a dozen. It was the first time a Florida team played Lake Highland Prep within single digits in the fourth quarter this year.

Ultimately, a series of turnovers and a six minute scoring drought held the Lady Crusaders back from the ultimate prize: a third straight trip to the Class 4A Championship game. Lake Highland Prep won 44-32, and advances to play Lincoln Park Academy in the final.

Making its first trip to the Final Four since 2001, St. Augustine ran into a three-point buzz-saw at the RP Funding Center. Palm Bay made eight three's in the first half alone, cruising to a 67-36 win over the Yellow Jackets (26-2). Palm Bay would shoot 43% from three for the game and used their height (three players over six-feet tall) to stifle the Yellow Jackets on the defensive end. St. Augustine did itself no favors with an eight-minute scoring drought in the first half; they'd shoot just 20% from the floor through the first two quarters.