Atlantic Coast, head coach overcome adversity on and off the field

Amidst his program's first playoff run in history, Mike Montemayor and his family have been faced with their own challenges 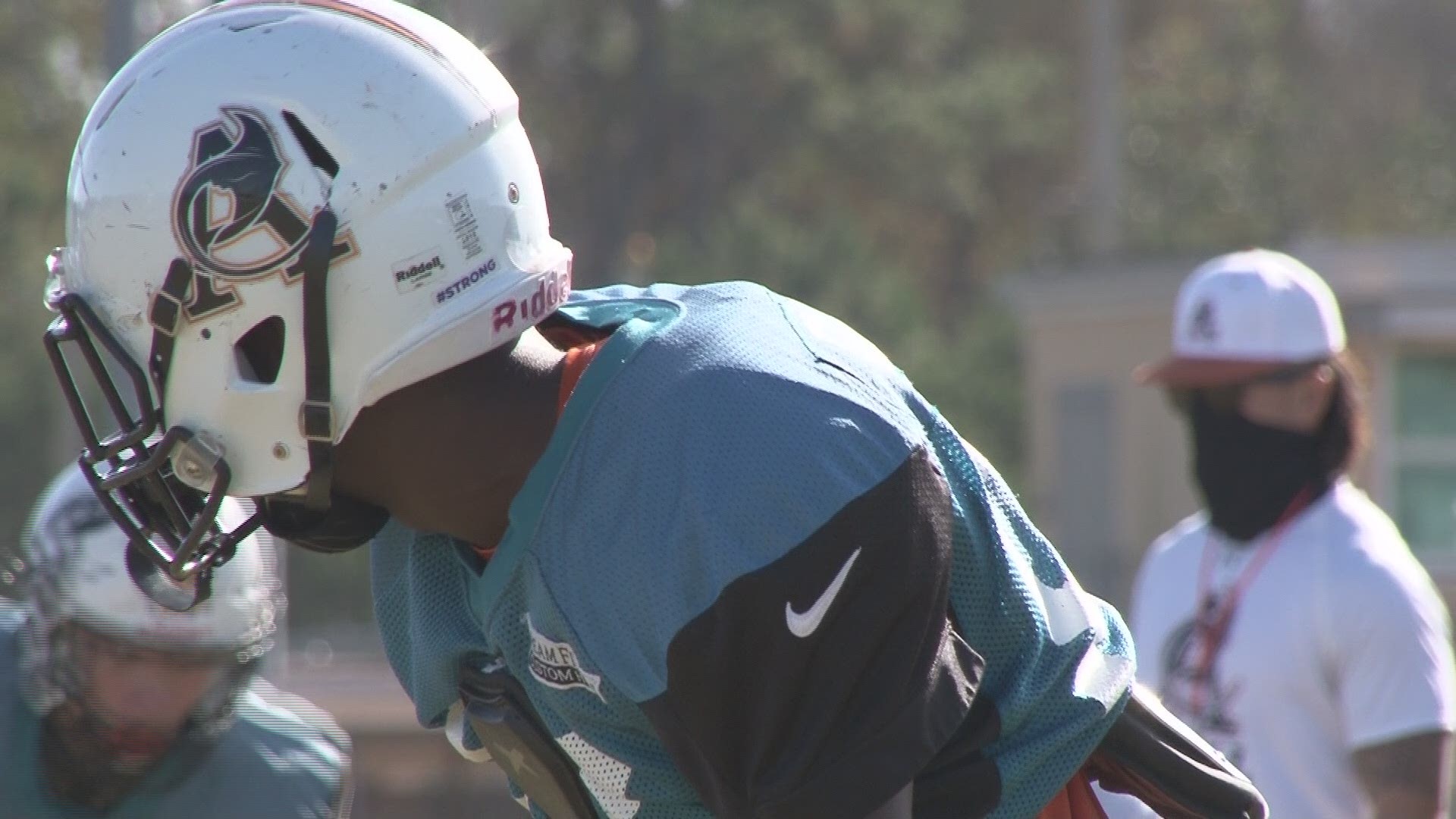 As his team geared up for the first Thanksgiving Day practice in program history, there was one word on head coach Mike Montemayor’s mind:

The times they won’t forget.

“[Prior to] the first-round game against Fletcher, I said, ‘you’re gonna remember this for the rest of your life,'" the second-year head coach recalled. "Everyone’s gonna go their separate ways after high school sports… but even me – when I get around my old high school teammates – you talk about this. You’ll remember this year, 2020. This season. This will be something to remember for a while.”

The time on the clock.

“What I talk to them about is: you can’t waste time. Time is pretty precious. You can’t rely on the second half. When that clock starts and the ball is kicked – you gotta be ready. That’s life. You can’t take time for granted.”

After ten long years, Atlantic Coast has its first playoff appearance and its first two playoff wins in school history. They’ll go for a third Friday night in the third-round against Fleming Island.

It was all in due time.

But “time” has also been of the essence in Montemayor’s personal life in 2020 – and in a variety of ways.

First: the timing of the birth of his son.

As excited as they were to meet the lofty expectations for Atlantic Coast football this fall, Mike and Addie Montemayor admit that: no, they did not forsee the season running right up and until the baby’s due date when they first became pregnant.

“I’ve always joked ‘I don’t want to have a baby during football season!’” Addie Montemayor, also a teacher at Atlantic Coast High Scool, laughed. “Because I just want him in the delivery room and not on the football field. But [the team’s run] is just amazing, and I just hope it continues.”

“That is 2020, right? If it had to be a year, it would be this year,” Mike Montemayor chuckled about the upcoming collision course. “But that’s life. We’ve gotta deal with the adversity and make an adjustment.”

After all, there’s only so many hours in a day. A month. A year. A lifetime.

Montemayor was confronted with that definition of “time” in June: his sister, Milani, 21 weeks pregnant herself, was diagnosed with Stage IV esophageal cancer. A tumor had formed right where her esophagus met her stomach.

“When I first found out, I was in a really, bad spot -- a dark place,” Mike said. “Obviously when you get hit with something like that – and that was before we were able to start football conditioning.”

“With the diagnosis, it was just such a dark time,” Addie added. “And with COVID, you’re just stuck home thinking about it. So, for him to have the workouts in the summer, just to get out and think about something else – get his mind off the cancer diagnosis – it really gave him a relief. An escape from all the stress we were feeling.”

Football gave Mike Montemayor time to get away from it all. His football team helped him begin to find “the light” again.

And his school rallied around him and his family. Like most schools, Atlantic Coast hosts a “Pink Game” in honor of Breast Cancer Awareness. Montemayor asked his athletic trainer if maybe the team could also wear purple tape, in honor of Milani and her fight?

Little did Montemayor know: his wife, along with the Atlantic Coast and First Coast High School staff and administration were hard at work on a bigger plan. Players, coaches, and fans of both teams wore purple, “Milani Strong” t-shirts. Decals were made for both teams’ helmets, too.

“The kids actually saw a different side of me,” Mike smiled. “I know a lot of them think I’m just some robot that coaches ball, but I’m not gonna lie: I literally broke down in front of them”

All the while, time was proving to be on the Montemayor’s -- and their extended family’s -- side. Milani gave birth at 34 weeks to a healthy baby boy, Tyler. Her family says they’re eternally grateful to the staff at UF Health – where, ironically, Milani is employed, assisting other moms who have just delivered. As Tyler has continued to grow, Milani’s scans continue to see improvement.

Addie Montemayor is quick to note that their son will be about nine-months old by the time the 2021 football season starts. Tyler will be a little over a year. That means there will be two, future Stingrays cheering Mike on.

“I really can’t wait until he comes,” he said of his son. “Because I see my nephew and he literally saved my sister. Because if it hadn’t have been for him, they never would have found [the cancer]. And so, I just can’t wait for them to grow up with each other. It’ll mean a lot.”

Win or lose Friday night; magical run continued or not, one thing is for certain.

Mike Montemayor and his team will make the most of every ounce of time they have left.

If you would like to support Milani's cancer fight, please visit the family's GoFundMe page.