Athlete of the Week: Tyree Saunders

Three-sport athlete stands-out on the field, in the classroom 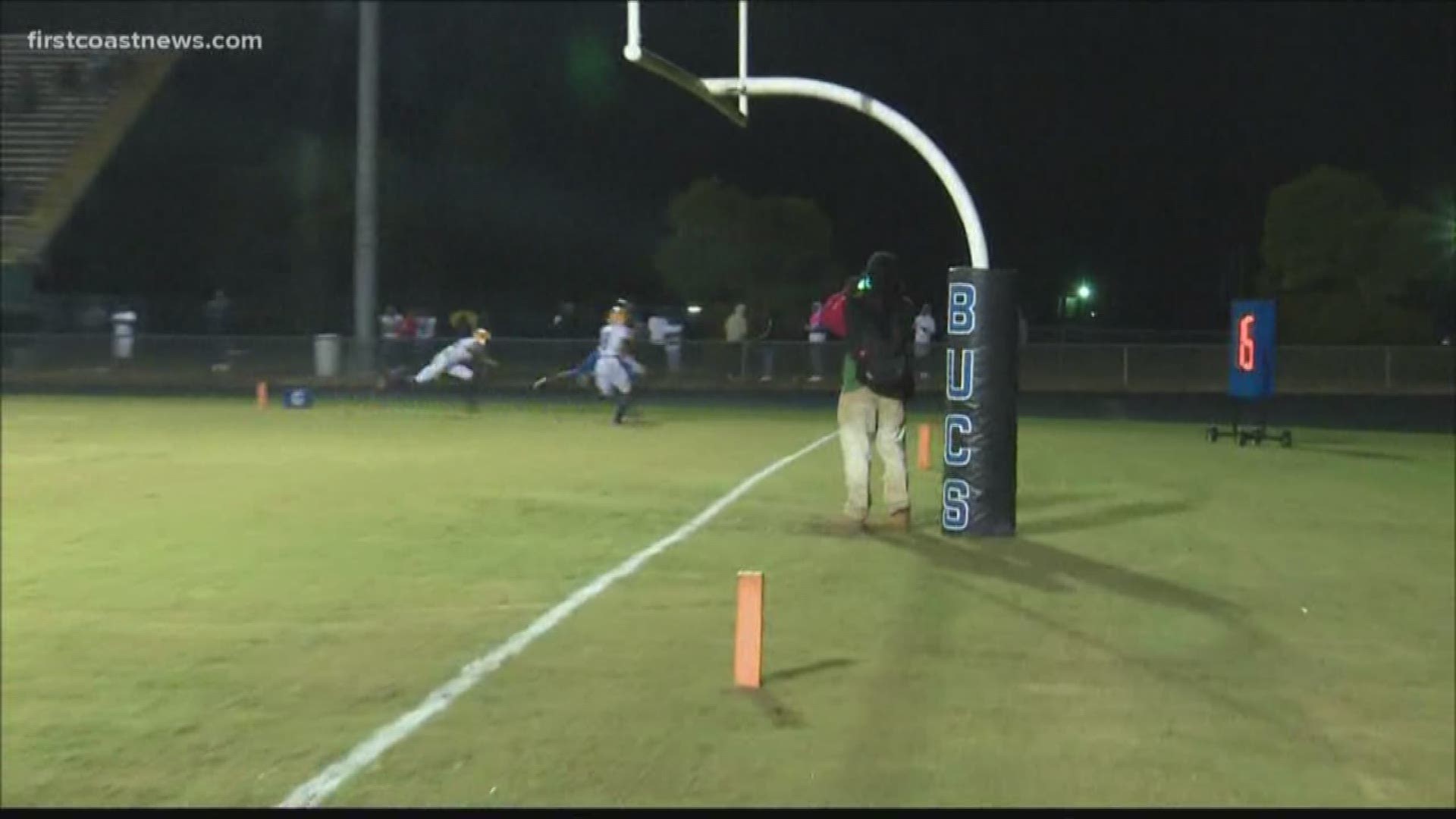 Football, basketball, track -- Tyree Saunders does it all for First Coast High School.

"It made me versatile, [not just with sports]. But with my personality," the senior explained before a recent basketball practice. "Basketball stuff helped me with football -- agility, balance. While football helped me with basketball -- toughness.

"Little stuff that doesn't show up on the stat sheet, but it's helped me in all three sports I play."

In an age of specification, Saunders is a throwback. Signed and committed to Virginia Tech for football, he opted to not enroll early -- a growing trend across the college landscape -- because he and his basketball team had unfinished business to attend to.

"My love for the game grew just playing -- to the point where it's like, 'this is probably going to be my last year playing basketball -- competitive wise.' So I knew I wanted to stay and play with my friends and teammates, and try to reach goals with [them]," Saunders said.

His teammates never doubted Saunders' commitment to them and their school.

"Everything he does, he gives 100-percent," said teammate and childhood friend Rasheed Durham. "In school, he always goes to class on time. On the court, he plays his hardest and gives his all."

Despite losing several key transfers, the First Coast basketball team is off to a 2-0 start in District play. They finished 20-7 in 2018-2019.

On the football field, Saunders caught 54 passes for 937 passes and 13 touchdowns as a junior. He is also a state champion in the 4x100.

He hopes to one day transfer this love of all sports to a career in sports journalism.

"ESPN, local news stations, whoever will have me -- or behind the camera," Saunders smiled. "I just know I wanna be around sports."