Athlete of the Week: Simon Brackin

Princeton-bound senior leads Bolles back to the Final Four 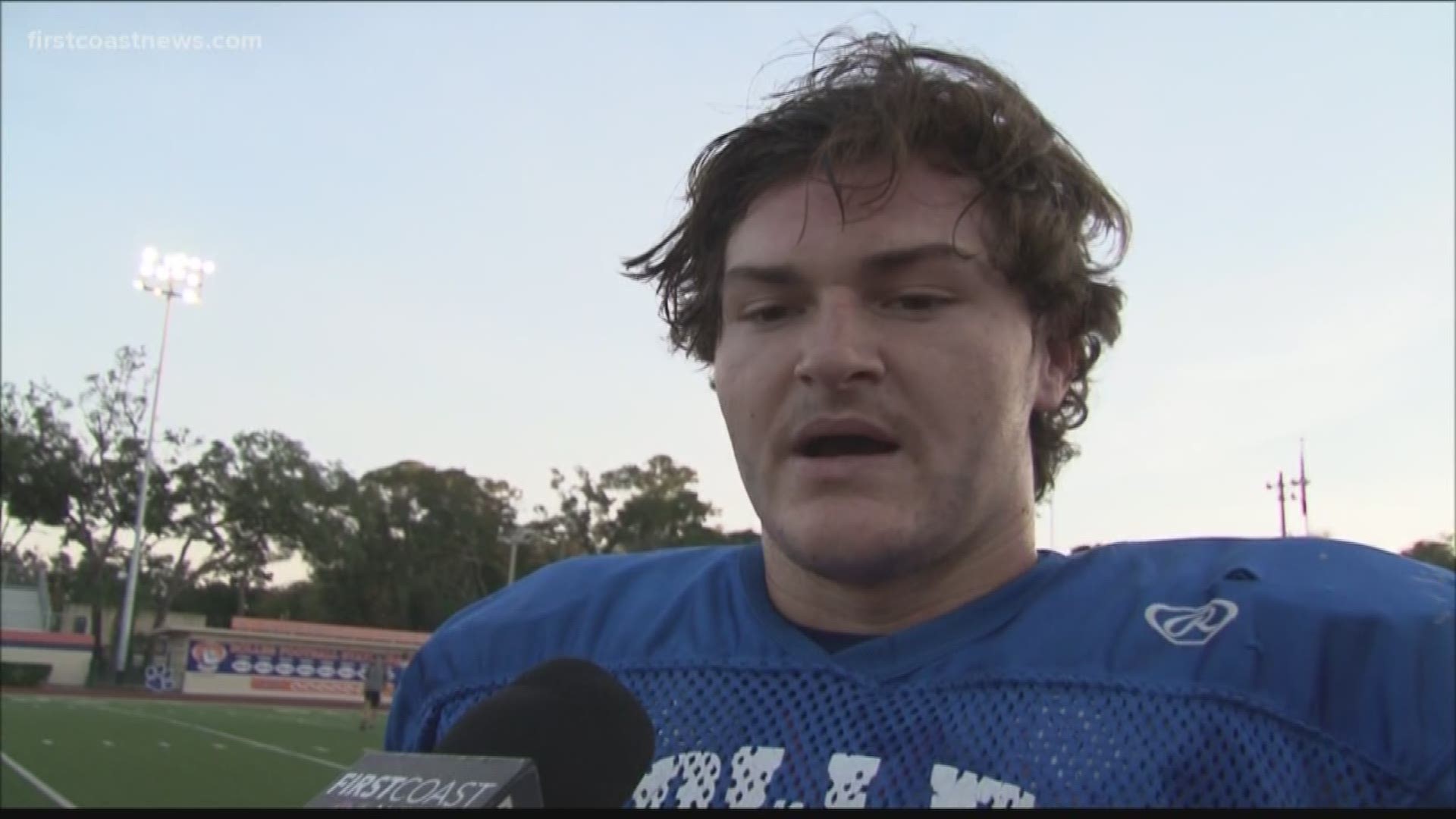 It's not every day you have a two-way player, committed to an Ivy League school.

Even at an Ivy League feeder like The Bolles School.

"It's unbelievable," Bulldogs head coach Matt Toblin said. "But being the leader and the kind of person he is is probably the biggest thing."

After beginning his career as a defensive linemen, Simon Brackin transitioned to tight end and linebacker last season and was instantly hooked. Toblin and his staff's arrival this fall has only enhanced that passion for both positions.

"I couldn't have asked for a better senior year," Brackin said. "But it's not over yet."

The Princeton-bound senior leads Bolles into its first Final Four since 2016. Their opponent: Cocoa, the same team that defeated them in the 2016 title game. The Bulldogs will host on Friday night, book-ending Brackin's career with long playoff runs.

It's a place that's meant so much to Brackin, who hopes to major in either law or finance and pursue a career on Wall Street after football.

"The academics here at Bolles are quite vigorous. So, it prepares us to tackle problems not just in the classroom but in the real world," Brackin said. "I can't thank my teachers, my coaches, my advisors [enough] for helping me grow and develop from my freshman year to my senior year."